I’m a big fan of podcasts, and one of my favorites is StarTalk Radio with science communicator extraordinaire Neil deGrasse Tyson. Along with a guest comedian co-host, Tyson interviews experts in the field of science. It’s always informational while still being very entertaining and mostly family-friendly. StarTalk Radio also produces live shows, a.k.a. StarTalk Live, usually in New York where Tyson is based. When I heard that StarTalk Live was coming near me in Los Angeles, I jumped on the occasion to attend!

I purchased my tickets the day they went on sale, begged my parents to mark their calendar for babysitting, and then waited patiently (uh-hum, yeah, “patiently”) for the event date to just arrive already. And last week, it finally did!

My husband and I dropped off the kids and drove to the Palace Theater in L.A. We arrived to see a long line wrapped around the block. We were wondering if the people were queued up for the same show we were attending. A quick glance at the folks in line revealed space shuttle shirts and black dresses covered in stars and nebulas. Oh yeah, this was our line, alright.

This particular show was hosted by Bill Nye (the science guy) and co-hosted by comedian Eugene Mirman. Completing the panel were guest comedian Tig Notaro and JPL scientists Dr. Suzanne Smrekar and Dr. Abigail Allwood. Smrekar and Allwood are working on two projects going to Mars, and that was the topic of the show. As CEO of the Planetary Society, Nye was well placed to orchestrate this fun and knowledgeable group.

Smekar is a geophysicist and the deputy principal investigator on the Mars InSight mission, which will launch its own spacecraft to Mars in 2016. The goal of the mission is to get the “vital signs” of Mars. As the InSight website explains, “By using sophisticated geophysical instruments, InSight will delve deep beneath the surface of Mars, detecting the fingerprints of the processes of terrestrial planet formation, as well as measuring the planet’s ‘vital signs’: Its ‘pulse’ (seismology), ‘temperature’ (heat flow probe), and ‘reflexes’ (precision tracking).”

Allwood is an astrobiologist working on Mars 2020. The goal of Mars 2020 is to send a rover to study the possible colonization of Mars in the future. The rover will be equipped with seven instruments, such as PIXL (an x-ray machine) to a MOXIE (a machine that will attempt to make oxygen from the carbon dioxide in the Martian air).

About the overall experience of the live show, there were only two things that left us a little bit disappointed. The first is that Tyson was not there. When I bought the tickets, I hadn’t noticed that his name wasn’t on the list of hosts. It’s his show, so I had just assumed he’d be there. It was only the day before the show that I reviewed the final details on our tickets and noticed Tyson’s name really wasn’t anywhere on there. I was a little disappointed, but the show still had a great cast so it was still very much worth our time!

The second thing was that the acoustics weren’t fantastic. We were sitting on the total left end of the 4th row, I’m not sure if that contributed to the muffled voices. It was hard to understand what the scientists were saying at times, but then again, they aren’t experienced performers. Mirman and Nye were both speaking louder and more clearly than the scientists who tended to talk with a little more reservation.

Nevertheless, it was a fantastic experience and a fun evening all around. I wouldn’t hesitate to attend another StarTalk Live if and when it comes around Southern California again.

The show we attended won’t be up to download as a podcast for a while—after all, StarTalk Radio is pretty busy after the recent announcement of its debut TV show on late night National Geographic Channel—but while you’re waiting for the podcast, you can get a little preview through @StarTalkRadio’s live tweeting at the event.

[View the story “StarTalk Live in LA” on Storify]
Liked it? Take a second to support GeekMom and GeekDad on Patreon! 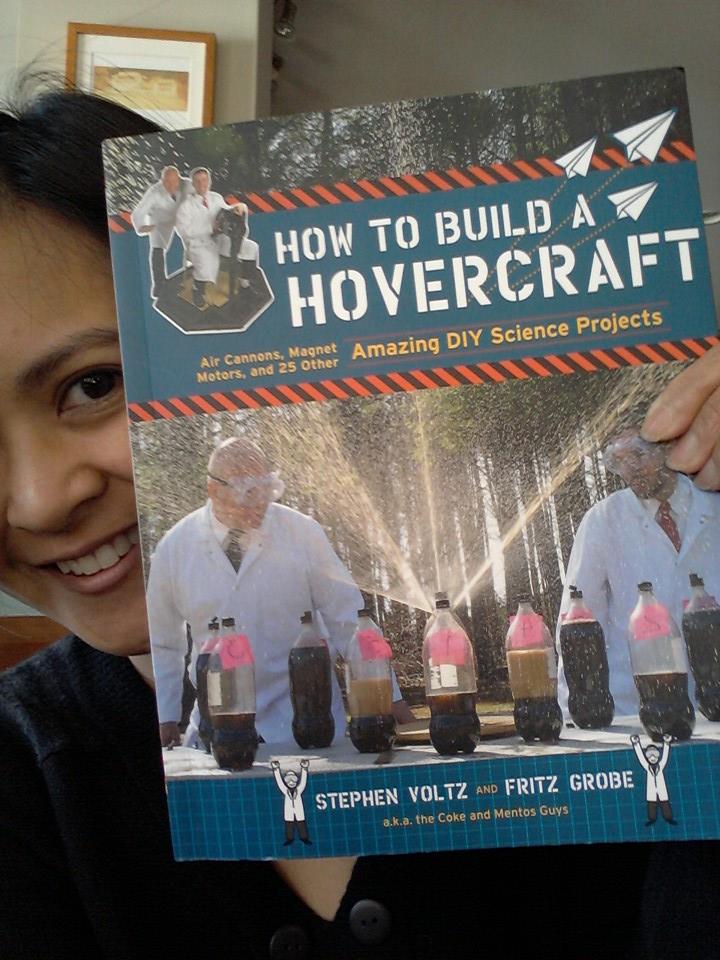 How to Build a Hovercraft: a Book for the Home Scientist