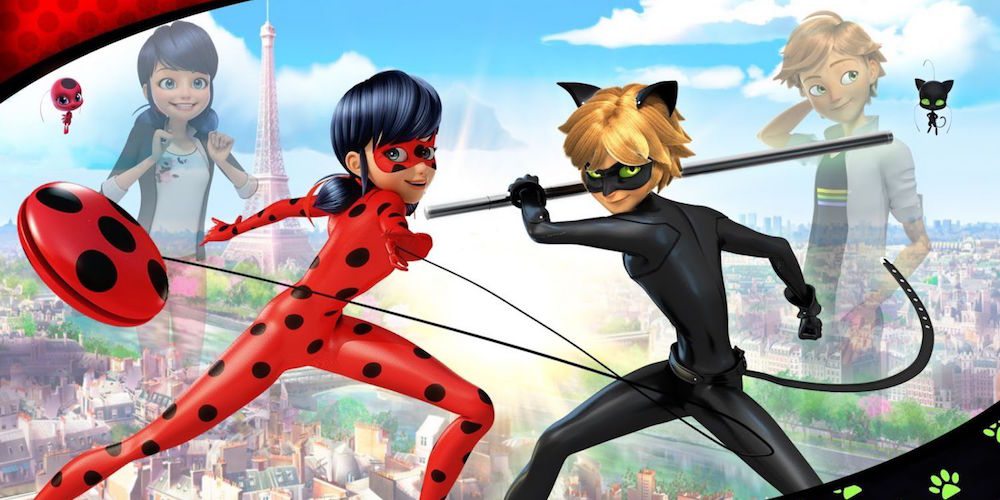 Miraculous: Ladybug and Cat Noir is a show that’s a bit of a paradox: it features some very familiar elements, but also stands out as unique. The first seven episodes are now available on DVD, and if your kids are already fans of shows like Sailor Moon or Power Rangers, they’re likely to find something to love in Miraculous.

Miraculous is a French children’s show currently airing on Nickelodeon with an English dub. This understandably can cause rushed dialogue attempting to fit in a sentence that matches the animation, but those moments are rare in these first seven episodes.

The story follows Ladybug and her partner Cat Noir, who both have magical pets who grant them superpowers complete with magical-girl-type transformation scenes. Together they battle Hawk Moth, who “evilizes” people to turn them into supervillains for his own nefarious purposes. Wondering how the two became superheroes, and why Hawk Moth wants their powers? So is my daughter, as the show oddly doesn’t open with an origin story. (It appears to be coming later in the series.)

Out of their costumes, Ladybug is actually Marinette and Cat Noir is Adrien, and the two go to the same high school unaware of each other’s secret identities. Marinette has a big crush on Adrien, who in turn has a crush on Ladybug, which adds a fun dynamic to the show.

Miraculous is set in Paris, and almost all aspects of the culture and language are preserved even with the dub. The characters enjoy stinky cheese, visit famous landmarks like the Eiffel Tower and Louvre, and even the villains are uniquely French. (A mime is one baddie of the week. Seriously.) For my daughter, who loves both Paris and shows like Power Rangers, it’s just the right mix.

Miraculous: Ladybug and Cat Noir is a fun show with enough unique elements that make it feel like more than just a retread of the typical kids’ superhero show. If you’re looking for something new, pick up the new DVD collection available today.

In the Garret with the Grammar Geek: Reclaiming the Eyes

6 thoughts on “Say “Oui” to ‘Miraculous: Ladybug and Cat Noir’”