Peggy Carter is one of the best, most fully realized, complete characters to grace our television screens in recent years.

Don’t get me wrong, she was great on the larger screens as well, but in Captain America: The First Avenger she was, at least hypothetically, a secondary player (though I think we can all admit she stole every scene she was in). Marvel’s Agent Carter has given us the pleasure, nay the privilege, of having Peggy as our primary protagonist.

She is also one of the strongest, most well-rounded, well-defined, well-written female characters… well, ever.

Season One of Marvel’s: Agent Carter was epic. Nothing is flawless, of course, but Agent Carter was fabulous enough for me, even as a critical viewer, someone who is often watching comic book property media as a reviewer/podcaster, to overlook the occasional slip or SNAFU and just enjoy.

Over the last three episodes, however, Agent Carter has been dying a slow, agonizing, painful death.

Note I said “love triangle,” not “love story.” Let me clarify: I in no way think Peggy should spend the rest of her life pining for Steve Rogers. Beyond the fact we know from Winter Soldier that she doesn’t, eternal unrequited would make a deep, complicated, complex character a one-dimensional trope and doing that to Peggy, of all people… the mere thought of it makes me want to burn things with fire.

First of all, Peggy is far too British for such nonsense. Said cultural proclivities have been played largely for humor, especially in her interactions with Jarvis, but beyond gags, I simply can’t see Peggy wasting away for want of a man, even if that man is Captain America. She spent time in Season One grieving and I can get entirely and absolutely, one hundred percent behind the inclusion of that piece of her story. Humans grieve the loss of someone they care about. They grieve the loss of love. The loss of what could have been. Grief makes Peggy a stronger character (not in the ass-kicking way, though she is certainly that and I love watching it, especially when it shows off her fantastic wardrobe to best advantage) because it shows us her depth, her growth, her progression. It shows us that the writers have thought about who she is and what moves her, what motivates her.

Second and far more importantly: She is Peggy. Flarking. Carter. Not some cliched vestal virgin snared by the unrequited. If watching her mourn Steve establishes her character, her personality, her humanity, then watching her fall in love again adds even more details to the portrait, humanizes her even further. Because most people do fall in love again. Most people do find someone else and even if that someone isn’t who they imagined themselves with, had dreams of living a life beside, well then they find something new to adore in that new person. She will always miss Steve (well, until he gets unfrozen anyway) and that is part of human nature but the grief will dim, the mourning period will end. Peggy deserves love and she deserves to be in love.

I want to watch that happen. I want to watch her find that remarkable person and I want to watch a relationship and an emotional connection develop. I want to discover, along with her, the individual who loves her for everything she is: agent, warrior, soldier, highly intelligent, determined, stubborn, capable, and yes, woman, and who earns her devotion in return.

The stupid love triangle is ruining that opportunity for all of us, Peggy and her devotees all.

I can see her with Jason Wilkes. I can also see her with Daniel Sousa. They both respect her, feel drawn to her for all the right reasons (see above). They both see her as a woman and as a person. Neither of them falls into the trap of being intimidated by her or wanting her to be anything other than what and who she is. They both have faith in her, support her and both show it in a million ways, large and small.

So why do I think the love triangle is killing Agent Carter?

The love triangle cheapens both men and it cheapens Peggy. It makes her into their object rather than allowing her to remain her own subject. It cheapens the genuine emotion and the emotional respect Wilkes and Sousa have for her and that which she has for them.

As Jarvis would say, “That simply won’t do.”

Not all love triangles are, by definition, devices. If the three points were Peggy, Daniel, and Angie, for example, or Peggy, Wilkes, and Angie, then this would be a completely different article; either of those triangles would give us insight into a new aspect of Peggy’s person-hood. As it stands, the triangle has nothing to do with her deciding between a black man and a white one; Peggy has made it clear from episode one that she doesn’t give a fig for the color of Jason’s skin and it has no bearing on her feelings toward him and no effect on whether she is going to choose him or Sousa (if she chooses either). She’s in the middle of two men, one of whom will probably get the girl and one of whom will likely fall on the overused, blunt, and rusty blade of dignity, sacrificing so that “Peggy will be happy,” thus using her to make a point about their own characters instead of allowing her to make the choice based on her own.

We are also being robbed of watching Peggy’s life to continue to develop. In Season One, we got a glimpse into her immediate post-Army, post-Steve period. I want to see how things spin out. Triangles are often thought to be the most dramatic of narrative shapes but, quite frankly, I don’t need angst to be engaged. I would like to see Peggy find that new part of herself, to find her new bliss and happiness. Case in point: I love watching Mister and Missus Jarvis. They don’t quarrel, they don’t fight, they don’t storm around and throw things. They don’t negate one another’s worth by making decisions for each other. They are a lovely, wonderful, honest couple and they are a joy which proves compelling romance does not require ennui.

Agent Carter is a grand adventure with more than enough drama in its various narrative arcs and character play: Jack Thompson being sucked into an organization I can only assume will somehow be associated with Hydra; Dottie Underwood running amok; shades of the Black Widow Project, settling disputes with SSR scientists; going behind enemy lines with the Howling Commandos; finding remarkable toys; saving the world; keeping Howard Stark in check; flamingos. It is wonderful, impossible madness and it is so, so much fun. Peggy’s potential love life should certainly be a part of the story but it doesn’t need to be all flarked up by pathos. Love, for Peggy, should be another wonderful adventure, a part of who she is, a piece of her puzzle but not the whole of her being. Seeing her in a burgeoning, somewhat sane relationship would only make the drama of the huge action set pieces even more intense and enjoyable.

I get plenty of conflict and ennui from Daredevil and almost more than I could handle (in the best possible way) in Jessica Jones. Agent Carter is an entirely different animal and the writers should trust us viewers enough to know that, to know that we don’t need it to remain engaged with Peggy because we love her the way she has been.

She knows her value. We know her value. This thing the writers seem to feel was necessary this season, this thing that takes away the very essence of what makes Peggy so amazing? It devalues her.

Which gives me rage bees. Soooooo many rage bees.

There are rumors of Agent Carter‘s imminent cancellation because ratings, because Hayley Atwell has a new pilot, because, because, because… Remember this whole thing was spawned from a short created because the fans asked for more Peggy Carter. Remember that Hannibal got three seasons despite its ratings because there was a vocal fan base, that John Constantine popped up on Arrow this season because the Hellblazers, myself among them, asked for more Matt Ryan. Remember that Agent Carter is only eight episodes and, as something of a vanity project, can be planned around the rest of Attwell’s schedule if she is so inclined or can swing over to Netflix if ABC doesn’t want to foot the bill.

She can be resuscitated. The writers need to recover that last spark, to tighten this thing back up, to stop relying on typical tricks for a remarkable character. We, as fans, need to demand Peggy put on her red lipstick and red sunglasses and remember she knows her value. Flawed and human, a woman who could simultaneously found S.H.I.E.L.D., research particle physics, convince Howard Stark to keep it in his pants, stare down senators, earn the respect of Dum Dum Dugan and Mister Jarvis, and fall in love after Captain America.

What she is worth to herself.

I’ll hashtag for that Peggy.

SDCC: Chomping At The Bit! 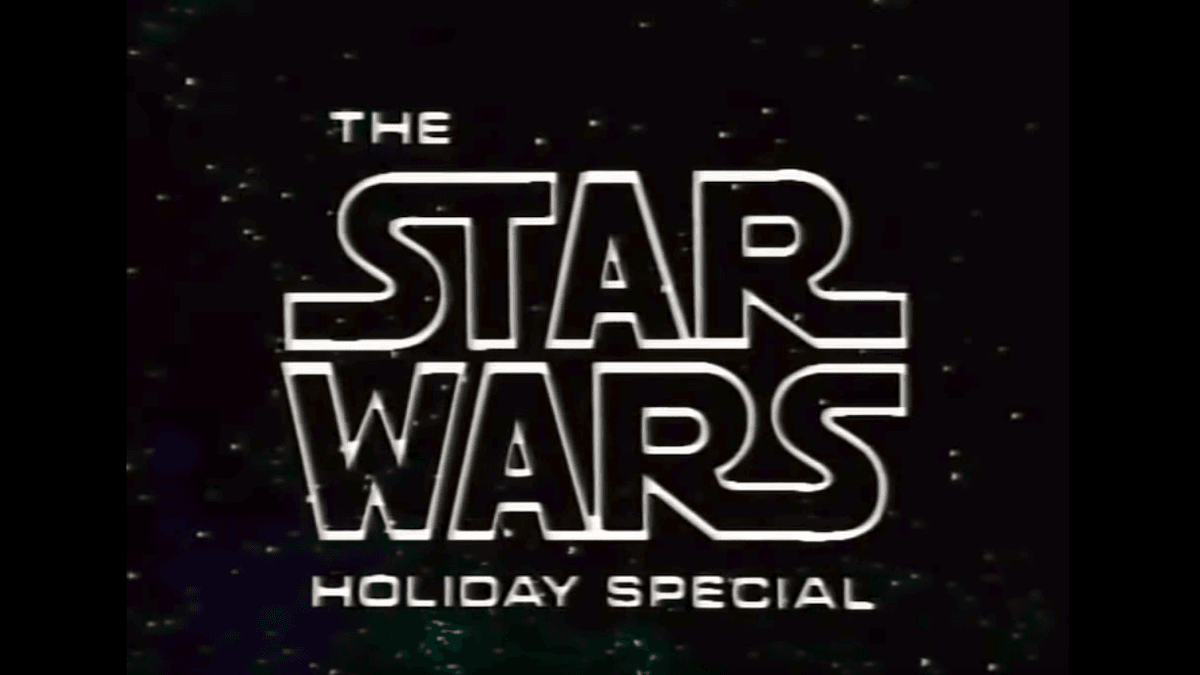 ‘Star Wars,’ ‘Saved by the Bell,’ and Other Strange Reboot News