As the first of my Facebook friends to have seen The Force Awakens, I have gotten a lot of questions about whether it is little kid appropriate. My own L is 6-years-old, precocious cognitively, but very 6 emotionally. So, my answer is:

It is kid dependent. Multiple factors have to be considered before taking your youngling to go see this movie.

If your kid freaks out in Pixar movies because the movies are emotionally grueling, be prepared. L refuses to watch Inside Out again because he says it’s too sad. Same happened in varying parts of TFA.

If your kid is one who finds the reality of visuals difficult, TFA might be hard. L told us “because a movie is bloodier in a movie. Just how they die. And it’s more specific and I don’t like specific blood.”

If your kid gets overwhelmed by a lot of dark colors on the screen because it’s scary, you might want to consider waiting.

If your kid is bad at huge explosions, it’s a bad idea.

If your kid is the kind of kid who gets super attached to characters and is super emotional, it’s a bad idea.

If your kid is sensitive to characters and stories on the screen, then some of the overwhelming emotions throughout the movie are difficult.

If your kid was scared by the darker parts of the prequels, specifically Phantom Menace, I’d stay away until you can fast forward through things.

I asked L a bunch of question to give a kid’s perspective.

Per L: “Parts of it were super scary.”

Was there anything in it you didn’t understand? “No.”

L told me that if he’d had spoilers earlier on, it would have made the movie easier for him.

Asking him about the beginning: “Not really good.”

How did you feel about the First Order? “I didn’t really like them. Because they were bad.”

What did you feel about Kylo Ren? “I don’t like Kylo Ren.”

As always, your mileage will differ. Ask questions, know your kid, plan accordingly. 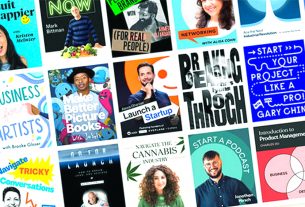 3 thoughts on “Is ‘The Force Awakens’ Okay for Younglings?”