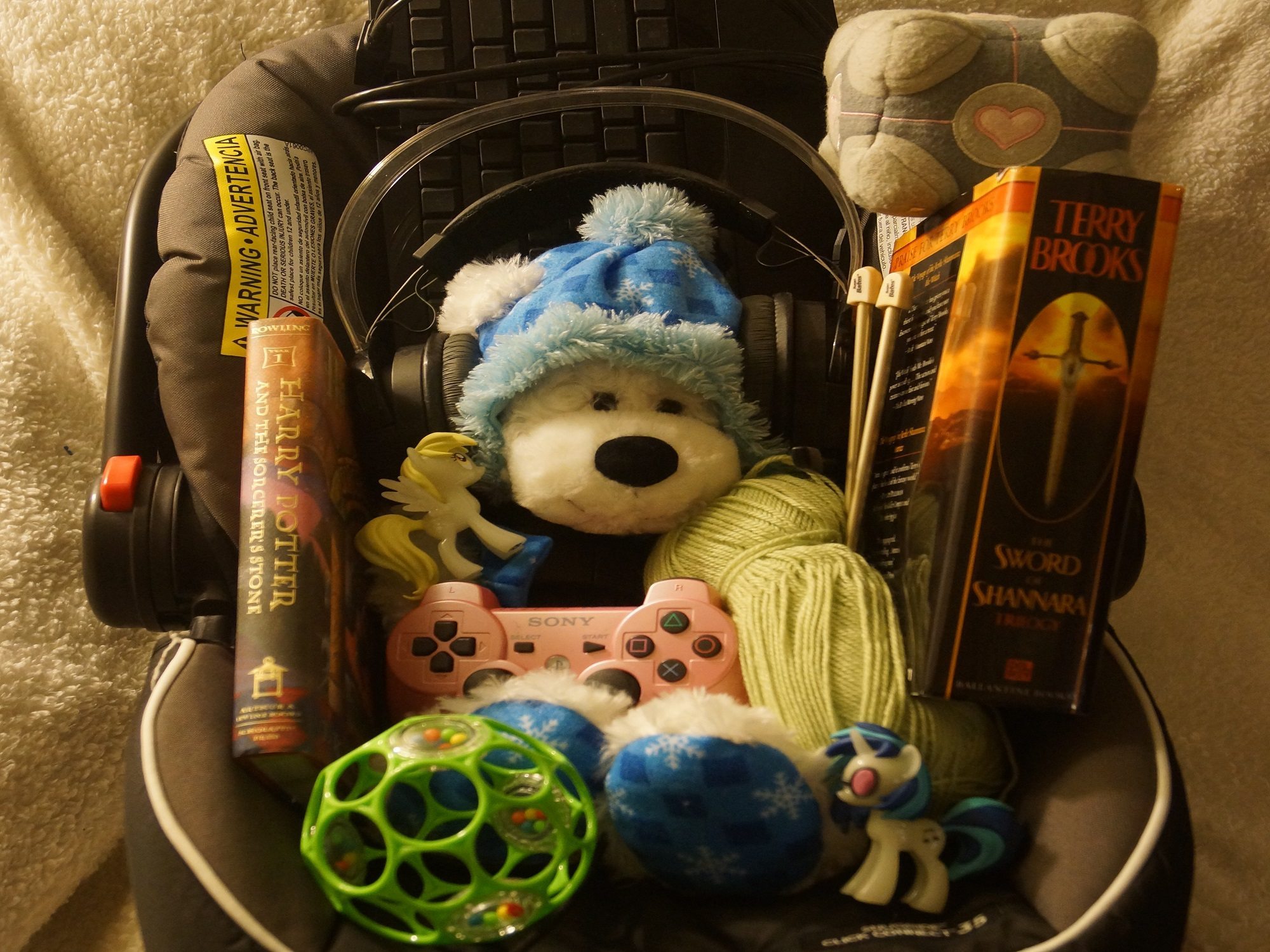 As a new mom, there have been a few days when just getting a shower has been impossible.

So how are we supposed to find time to maintain all of our geekdoms, especially these days when there is more content to consume than ever?

The first few months of motherhood can be rough. Sleep is a fleeting dream, or it would be if I even had a chance to dream. But now that my baby has reached the ripe old age of seven months, I think I’m starting to learn how to balance being a geek with being a mom. So how do I find time for my geekiness? Here are a few things that have worked for me:

Realize that you won’t be able to stay current with every TV show and prioritize the ones that are really important to you for those rare moments when you do have time to pay more attention. You might also want to accept the fact that you will probably be exposed to spoilers at some point. Unless you are taking a total break from social media. But social media is your best friend right now, which brings me to my next point.

One of my hobbies that I majorly geek out about is knitting. I still manage to make it to my local weekly knitting group, although not as often as I like. More often than not, though, I have my little one with me and he gets to be oohed and aahed over by an extended circle of aunties, and my arms get I break (and I actually get some knitting done).

If you’re not quite at the point where you are able or want to get out of the house, having close friends over for a game night is another option. People will want to come over anyway to see the baby, but while baby’s asleep, you can play some board games.

If your friends are truly close, they won’t mind if your house is a mess and may even bring food with them (an added plus). One of my closest friends came to visit when my baby was a few weeks old, and we played Dominion and I taught her to play Lords of WaterDeep. We did have to take occasional breaks, but I was thrilled that I got to play any games at all.

These are just a few of the ways I am keeping my geek identity while also learning to be a new mother.

One day my son will be old enough for me to teach him how to be a geek, but for now, I’m just learning how to be a mom and a geek at the same time.

Fund This: Organic Yarn, Blast into Space and App Camp for Girls