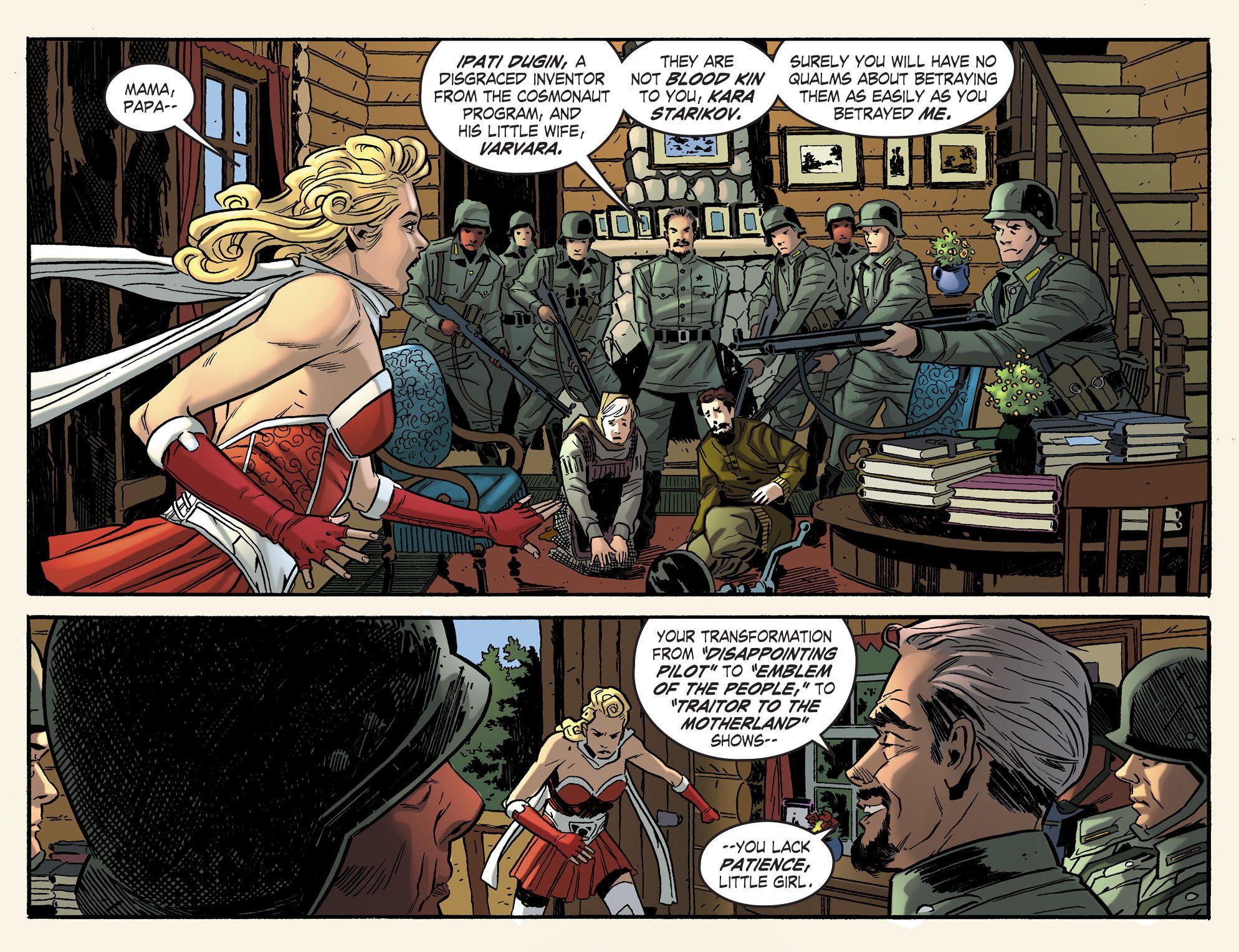 DC Comics Bombshells, a comic based on a marketing idea of 1940s throwback covers, has turned out to be not only a successful experiment but wonderful one, offering a fresh look and perspective at a number of familiar DC characters. And the Wonder Woman in this book is classic Wonder Woman.

But perhaps the most interesting idea concerns Stargirl and Supergirl, who have been reimagined as pilots for the Soviet Union’s Night Witches. The sisters instantly run into problems being used as propaganda fodder, and that leads them down the path of rebellion against problems in their home country.

DC’s description of this issue: “Duped by their own leaders into attacking a group of innocents, Supergirl and Stargirl make a fatal decision. A certain swamp creature also makes a timely intervention.”