In September 2014, a quirky, beautifully drawn, thoroughly enjoyable, all ages book, Oddly Normal, appeared as if by magic in our pull box.

Our local shop owner, knowing that I’m always seeking out things for my son, had popped it in the box. Thanking her, as I normally do, I skimmed the comic and nodded “Sure!” Since her taste is almost inevitably spot on for my style, I took it home smooshed in the middle of my large pile of comics.

Once I opened the book at home, I was enchanted. Oddly is every normal kid who feels a bit quirky and out of place. Half witch and half human, her adventures begin as, in the typical ten-year-old child way, she wishes her parents away. Unfortunately, she doesn’t realize that she was born with the magic to make that possible.

Her great-aunt whisks her away to Fignation, the birthplace of her mother, beginning a new life in a new middle school with new kids.

Oddly represents the kind of quirky misfit often seen in popular media. Despite being kind, smart, and creative, her move to Menagerie Middle School in Fignation comes with an almost Harry Potteresque mudbloodiness. Being neither fully human nor fully witch, Oddly has always felt, well, odd. With one foot in each culture, she clearly represents a subsection of the real life population that often feels outside of the mainstream.

Oddly Normal, written and drawn by Otis Frampton, gives kids a point of identification opening the gateway for larger social discussions.  Thanks to the book, parents get the opportunity to talk children through how they place themselves in the book via self-identification leading to conversations about empathy.

Oddly’s new friends fulfill the potentially cliched role of “nerdy outside group.” The group consists of an Igor-like nerd, a Frankenstein’s monster, and a ghost (or as the bully calls them, “The Brain, The Reject, and The Nothing”). However, the obviousness of the visual representations makes it easier for kids reading the book to identify with a character.

This means that it makes a really great way for parents reading with their children to open a discussion on stereotypes and labeling. Particularly for parents who read with their children, one of Oddly’s Normal‘s strengths is the way Frampton draws the deeper emotional aspects of the story to make the visuals powerful for children. While also opening dialogue for societal discussion, the art gives an opening to discuss the power of visual text.

Frampton’s art appears simplistic at first. Thick lines, smaller panels, and a lot of close focus images give the book a sense of having art that mimics traditional picture books. Comics act as both a visual narrative and a textual narrative making them perfect for a more varied approach to literacy. This means that these images are important to explicating the emotions of the characters.

These close-up images of faces allow for a greater intensity of emotional storytelling.

The accessibility of both the language and the visual texts is evident in some of the more prominent “bullying” scenes early in the books.

For example, in Chapter 4, when Bram torments Oddly, Frampton shifts the coloring from the brighter pinks and oranges seen earlier in the story to a darker blue, purple, and green hue. The obvious shift in the visual narrative cues the reader that the story is about to get “darker” while also giving parents who want to use comics for literacy a great touchstone for discussing the importance of the visual text.

Moreover, the “bad guys” almost inevitably have narrowed eyes while the “good guys” have wide open eyes. This means that for reluctant readers who struggle with the written text, the visual text clearly delineates the characters through facial features. The close-up panels throughout the book give the ability to highlight emotional narrative through both imagery and written text. By putting both of these together in such an approachable way, Frampton creates an overall story that gives strong readers, reluctant readers, and all ages a way to come to the narrative.

However, despite all of the deeper aspects of the book, Oddly Normal would be nothing without a cast of likable or, in the case of the “villains,” unlikeable, characters.

Oddly is fun and sweet. She stands up to bullies and for her friends despite not always feeling confident in herself. Her emotional journey throughout the current storyline gives readers a sense as to her family and her parents. Her grandmother is hilarious and quirky but, for the adults in the room, with a side of mystery. Overall, Oddly Normal is a fun book with narrative depth for all ages. 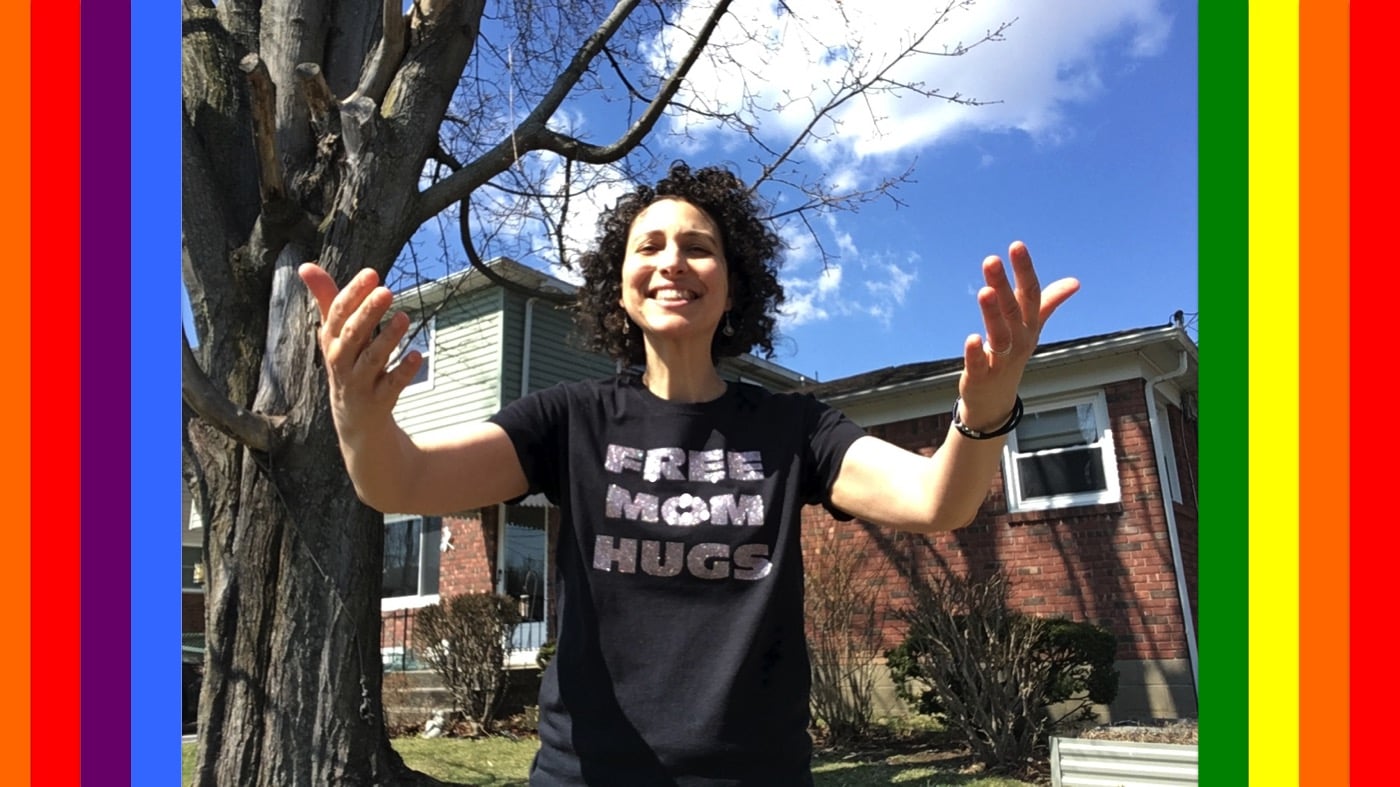 “Free Mom Hugs” at a Pride Festival Near You!

Comic Preview: The Only Living Boy