This post was sponsored by Macmillan, publisher of the Hello Ruby children’s book.

Growing up, I had a number of wonderful teachers. Mrs. Snyder showed me how to write in cursive, and Mrs. Walls taught me all about Indiana history and the various legends behind the word “Hoosier.” Not all of my teachers held class in the local elementary school, though. My Marine Biology instructor, Mr. Land, taught me that a squid has three hearts. From Mr. Queequeg in World Civilizations, I learned what a cannibal was and how people in other cultures lived. My favorite two teachers, though, were Mr. Crusoe, my Shop and Home Economics teacher, from whom I learned how to bake, farm, build, and sew, and Mr. Dorough, who laid the foundation of Math, Science, and American History that the rest of my education would be built upon.

I only spent a few days at a time with these teachers, although I would go back for a visit from time to time, but they made the biggest impact on my life. Why is it I can remember Miss Havisham’s clocks were stopped at 8:40 in Great Expectations, but not what year the Revolutionary War began? Why can I recall the name Rufus Xavier Sarsparilla, but have to look up the name of the guy who rode with Paul Revere?

As it turns out, that’s just the way humans are hardwired. We’ve been passing down information from one generation to the next via storytelling for thousands of years precisely because it is the most effective way to engage our brains. Scientists have determined that when we listen to someone explain a concept using simple definitions and bullet points, it triggers the area of our brain that is responsible for processing language and little else. However, when that same concept is explained in story form, suddenly our brains begin to light up in other regions. The mere description of sights, sounds, and smells trigger the same areas of the brain that experiencing those sensations in real life would trigger.And it doesn’t end there. According to researchers,”…there is evidence that just as the brain responds to depictions of smells and textures and movements as if they were the real thing, so it treats the interactions among fictional characters as something like real-life social encounters.” Many people consider themselves auditory or tactile learners, and feel that reading about a topic alone is not sufficient for learning, but if we were to take the information in that book and put it in story form, we’re now engaging these same auditory and tactile parts of the brain. This is especially important in the first ten years of a child’s life, when the nearly 100 billion neurons that are largely inactive at birth began making and dropping connections, forming the network of circuitry that will determine how that child will think and learn for the next 60 years.

In her book Hello Ruby, author and programmer Linda Liukas uses this storytelling method to familiarize kids with the technologies that make up their everyday lives. As Ruby travels her world solving problems—and in the process teaching kids how to think like a programmer—she meets a number of characters, each representing a familiar technology from the reader’s own digital world. Small children become acquainted with the cooperative Robots and the simple, but elegant, Snow Leopard long before they ever learn about Android or iOS, creating a technological foundation vital for their success in the modern world. 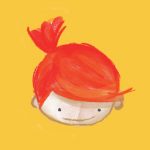 Ruby is a small girl with a huge imagination who is always asking “Why?” She doesn’t like being told what to do and sometimes fails to follow directions. She loves solving puzzles and enjoys maps and secret codes. 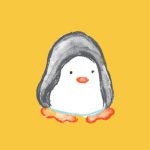 The Penguins are smart, but they speak in a very short, difficult to understand language with words like “grep” and “awk.” Ruby has a hard time communicating with the Penguins at first, but she soon realizes it’s because she’s not being clear with her instructions. Once she figures out how to communicate effectively, the Penguins combine several small tasks in order to find a solution to Ruby’s problem. 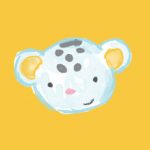 At the top of the mountain, surrounded by apple trees in a very familiar shade of blue, lives Snow Leopard, who prefers simple and tidy things, and doesn’t like that Ruby’s gem is disrupting the order of the mountain. Snow Leopard is more than happy to help Ruby get her gem and move on to the next step in her adventure. 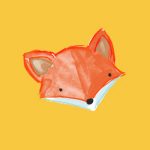 The Foxes enjoy gardening and grow many kinds of plants and species–which sometimes includes bugs. They can be chaotic and need Ruby to help tell them what to do–so long as it doesn’t limit their freedom! 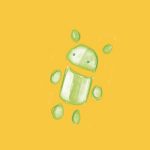 The Robots love baking and are all about sharing with Ruby. They teach her the importance of having a good recipe, and how if you share your recipes with your friends, your friends can make small changes to your recipe to make it even better. 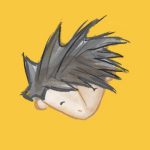 Ruby meets Django in the forest with his pet Python around his shoulders. She’s quite upset when Django suggests that it is his forest, so she is not keen on accepting his help when he points out how she’s doing something wrong. When Ruby’s attempts fail, Django and Python help steer her in the right path and they become good friends. 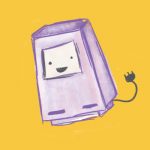 The Computer is very fast and good at following instructions, but can’t really think for itself. When Ruby sits down to do an activity or plan an adventure, Computer is always there to help explain things.

You can learn more about Hello Ruby: Adventures in Coding from helloruby.com or purchase the book on Amazon.

10 Purchases You Should Never, Ever, Ever Skimp On 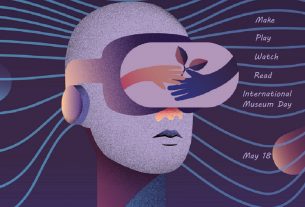