Keith Haring was born in Reading, Pennsylvania, in 1958, and was known as both an artist and social activist in the late 20th century, dealing with everything from life and death to war and peace to sexuality and love.

His father was an amateur cartoonist, and even at an early age, Haring loved spending time with him creating drawings. He was influenced by artists of all styles and media, such as Dr. Seuss and Walt Disney, and later, Jackson Pollock, Pierre Alechinsky, the modern sculptor, Christo, and even poet William Burroughs.

He studied commercial art at Pittsburgh’s Center for the Arts, and later moved to New York to study painting in the late 1970s. His simple and energetic outlined style line art sent cultural and political messages to the public about the epidemic of AIDS, the importance of love and acceptance, and the triumph of the human heart.

Haring is one of the most recognizable artists associated with the 1980s, but for many, his most iconic image will be the cover design for the compilation album series, “A Very Special Christmas,” which raises money for Special Olympics.

Though some of his work dealt with adult situations, his style also appealed to kids. The site Haring Kids includes color books, cards, and other activities suitable of art lovers of all ages.

Haring died from complications with AIDS in 1990, but his legacy continues today. The philanthropic Keith Haring Foundation not only preserves his work, but provides grants to children in need and those affected by HIV/AIDS.

He has been honored with such memorials as a Macy’s Thanksgiving Day Parade balloon in 2007, and a Google Doodle in 2012, on what would have been his 54th birthday.

There is also a 17′ x 6′, 32,256-piece jigsaw puzzle, “Keith Haring: Double Retrospect,” created in his honor, that holds the Guinness Book record for the largest jigsaw puzzle in the world. Haring fans can purchase this puzzle for $318 in the U.S., or £283 in the U.K.

As one of the icons of the 1980s in this year’s Get Pop-Cultured celebration at Barnes & Noble Booksellers nationwide, the store hosted an online post card coloring contest for all ages.

No matter what Haring focused on, he always knew the importance of the maintaining the soul and heart of a child:

“Children know something that most people have forgotten,” he said in his book, Keith Haring Journals.

Haring kept his work very simple, but packed quite a bit of meaning and emotion into what appears at first glance to be just faceless outlines.

In honor of Haring’s knack for elevating the heroic struggles and triumphs of the anonymous everyman, here is a very simple project for artists of all ages.

First, find a favorite superhero. Easy enough. Next, in the style of Haring, make simple line drawing of them doing a simple feat that makes a big difference (giving blood, helping at a soup kitchen, reading to children, bringing groceries to a shut-in). These are the everyday heroics of the faceless everyman not often seen in newspapers, on television or in social media.

Use only a couple of small symbols (cape, cowl, etc.), as the sole means of identifying that particular hero. Otherwise, they should humble themselves a little, and be part of the masses.

Once your drawing is done, go back over it with a more permanent, bolder medium. Haring was bold and bright in his images, so use strong lines and bright colors. I used felt tip marker for the final designs. Haring limited the amount of colors he used in most of his drawings, to about two to four different colors. It’s okay to go over that limit a little, but keep it as basic as you can. Haring’s work was colorful at times, but not so much it detracted from the energy and message of the piece.

Like Banksy, Haring drew attention to street art with his creations, and his history as a street artist lends itself to creating sidewalk chalk art. This may be a temporary tactic, but a good way to spread a little message with a big heart to passers by.

Heroes don’t have to thwart alien attacks or overturn criminal masterminds with superpowers to be heroic. Haring believed in the ability for everyone to be hero and his art showed it. He also believed his and all artists’ works should reach people of all backgrounds, and he expressed this simple….and profound…thought in his journals.

“Art is for everybody,” he said. 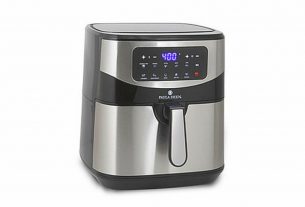 The Pet Dilemma and the Neighborhood Cat