Today, the fourth season of Discovery Channel’s Bering Sea Gold premieres, and 26-year-old dredge captain Emily Riedel has much to prove. She’s trying to find 400 ounces of gold on the Bering Sea floor to pay off her debts and continue her education as an opera singer.

Emily took the time to sit down with GeekMom and talk about her adventures in Nome.

Discovery Channel has given us an exclusive clip of the premiere—stay tuned at the end. And if you have your own questions for Emily, let us know in the comments.

GeekMom: This looks like fun what you’re doing. Can you tell us about your boat?

Emily: Gold mining is a lot of things and fun is one of them! The Eroica is an aluminum pontoon, catamaran style about 40 feet long. I’ve had it in 25 knot winds coming out of the southwest. The waves are very aggressive in the Bering Sea. I have had to worry if I was going to be dealing with a capsized boat and swimming around in cold water, trying to stay alive. All that fun stuff.

GM: How far offshore do you go? What are the waves like? (Yup, I’m a boat geek.)

Generally I don’t go that far offshore—furthest is seven miles away from harbor and about a mile offshore. Gold mining is not like Alaskan crabbing—on Deadliest Catch, which you may have heard of, the crab fishermen in on the Bering Sea stay out in all sorts of wave heights, and they’re fine and whistling. Because of what we do, we need the most stable platform possible. A wave height of three feet is kind of my limit.

GM: What kind of tools are you using? I know you dropped a lot of money on on your dredge system last season.

Emily: That’s what you do when you’re mining for gold. It’s a lot more of spending money than making money somehow. My boat is one big massive black hole of money-sucking energy.

Before this fourth season premiere, which is about summertime mining, I had to buy a new pump and pump motor, a lot of outboard maintenance. I had to do a lot of re-welding on the pontoons, had to hire people to help me build a new deck for it, and a new cabin. When I first bought the dredge, it needed a complete overhaul to be remotely functional. I had to fix the pontoons, the welds were coming apart, the deck was rotting and unstable in places. The outboards have been a constant source of grief for me—it’s more like a prayer every morning hoping the outboards will stay functional. Especially when the weather gets bad.

There’s a range of different ideas and approaches that people take to mining. My philosophy is more power and less finesse. So I take a 40-foot long dredging hose to the bottom of the ocean and suck up rocks and minerals and dirt and try to find the more dense deposits of plaster gold. So the beauty behind my operation is I can process a lot of material at once. So more material, more chance at finding consistent gold, more profit. That is the idea behind 10-inch dredges. It doesn’t always work out this way, but I’ve had some relative success.

So we have a water pump that produces output into a sluice box, suction on the other end of the hold. Gold’s heavier than water and gathers at the top of the sluice box. Sand and the less dense materials are rushed out of the box. So we have left iron sands, the gold, and a lot of garnet. All of that stays in the top of the box. If you’re around good gold, you can see it gathering within the first three feet, actually. And given the amount of water, hundreds of gallons per minute flowing through, it’s incredible the gold stays put there. It likes to stay in one spot.

This plaster gold—glacial deposit and stream runoff over many years. It is a natural feature in the bottom of the Bering Sea.

We work in a bay that is quite shallow up to a mile and a half offshore, so we’re able to access gold deposits with our dredging equipment. Most other places in the world would be impossible to get to. The beaches in Nome are constantly shifting and the shallow water and overburden we’re able to access the pockets of plaster gold.

GM: Hey, we’re down with that. Can you talk about the environmental impact of this kind of gold mining?

Emily: There’s a range of operations offshore and I can only speak for what I’ve done. I’ve run 6-inch dredges and 8s and now my 10-inch dredge, and the environmental impact is very minimal. We do cloud the water up, for instance—we create a turbidity cloud with our mining of sand and the offput from the sluice box. We have a plume. The plume from my dredge is about 20 ft by 4 ft wide. And some people say that might confuse the fish. But the fish love turbidity, they swarm in it. As far as the impact on the ocean floor, one storm creates far more impact than we can ever do.

Personally, I’m an advocate for the environment and respect the EPA and all that they do.

GM: So when did the gold bug bite?

Emily: I originally went to Nome four years ago–I have a degree in music. I wanted to be an opera singer and was raised in Alaska and I would always go back to Alaska to fund my operatic expeditions. It’s how I paid my way through school, for my Bachelor’s degree.

I was just out of college and broke and I had a friend up there mining for gold. It wasn’t so much the gold that was drawing me. He said it was easy to make a large amount of money in a short amount of time–kind of a risk-free adventure–which is just a hilarious concept to me now, four years later.

So I just showed up in Nome with $300 to my name and lived in a beach shack five miles outside of town and was just kind of squatting there in a sleeping bag. Then Discovery Channel thought they wanted to do a show here and they found out about us. We were this quirky bunch of people and they were like, “We can’t miss this opportunity.”

I kind of waltzed into this crazy situation and I’ve been waltzing ever since, sometimes with two left feet.

GM: Geek, Nerd, or Neither?

Emily: I can’t speak for my geeky science knowledge… I’m trying to understand astrophysics right now. I’m trying to get through Steven Hawking’s A Brief History of Time right now. But I can talk about classical music for ages and I have a very geeky love of it. A lot of geeky tendencies. And I like Beethoven.

GM: A music geek who named her boat the Eroica. Were you ever a big reader as a kid? Because there’s a character in an early 1980s book who’s an opera singer who hunts for rare crystals across the galaxy.* I was wondering if you’d ever heard of The Crystal Singer books by Anne McCaffrey? Most every book she wrote has singing in it. They’ve got great action and adventure and really (sorry folks) bad romance.

Emily: No! I’ve never heard of them! I’ll have to find them and order them! I’m always looking for good fantasy. I used to read a lot of fantasy when I was little but kind of fell out of the habit when I went to college.

My life is a little weird that way too–wanting to sing classically and figuring that gold mining would be a good way to pay for it is rather an odd thing, but I don’t see my life in the future being any less weird.

Emily: I get called a gold digger a lot. People get a really big kick out of that.

I can also say that gold mining in general is full of double entendres. One time in an interview I innocently went on this 20-minute montage about how 6-inch dredges compared to 10-inch dredges. And everyone made fun of me for it later.

GM: … I imagine being the only woman out on the water, it does get pretty endless.

Emily: Eh, I like to fit in with the boys. My voice gets an octave lower when I’m out there. It’s an exercise of how to maintain my femininity and also not rub it in. It’s a job. I’m a lady and I’m doing it and there aren’t that many women up there doing this, but I feel like I should be judged on my merit as a producing gold miner.

GM: What’s it like working your job while there are cameras all over your boat?

Emily: It makes going to the bathroom very hard. Sometimes I have to talk to about ten people if I want to go pee. I’m just not comfortable peeing in public.

Cameras and crew are very much present in our lives. It is a television show. That being said, Original Productions–our producer, who also produces Deadliest Catch–tries very hard to hang back and observe the drama that’s unfolding and not influence it. It’s impressive because the stuff that happens in Nome is so absurd you just can’t write it.

At the same time I have a difficult time with all the cameras. There are seven to eight permanently mounted cameras and one or two producers on board trying to keep track of the story. And all that happens on board, being scared, angry, frustrated, and triumphant—having all that observed and reported on, is something you have to work hard to understand that anything you say or do is subject to going out on international television. You end up becoming desensitized to it.

At this point, they’ve seen every angle of me. The things I freak out about, the things I’m happiest about. My breakups, my almost-drowning experiences. My fears. All of that has been captured. There’s nothing more of that to capture. I have no caution because they’ve already seen it all, I guess.

GeekMom: What are the risks and potential payoffs going into this season?

Emily: I’m running this dredge by myself. No one’s helping and supporting me. I’m trying to run a crew and keep a crew stable. And no one’s going to do that but me. This season is my fourth year in Nome and I need to make my operation work. At the same time, I’m struggling with my own demons with regards to diving and owning a dredge, and I’m still learning so much about being a boat captain. Every day is a huge learning curve–how to run crew, how to run the boat.

On top of all that, I’m a 26-year-old single female in Nome, Alaska, and it’s a lonely, desolate place. It’s a lonely position being a captain in one of the more lonely places in the world.

But… when the weather’s good (as it rarely is) the hours are constant. Fifteen-eighteen hours. Whatever it takes.

Many thanks to Emily for sharing her time with GeekMom (she’s really amazing, you guys) before she returns to Nome. And thanks to Discovery Channel for providing the *exclusive clip*, below, for Bering Sea Gold.

[PS * None of you are surprised I asked the Killashandra Ree question, right? Good, just checking.] 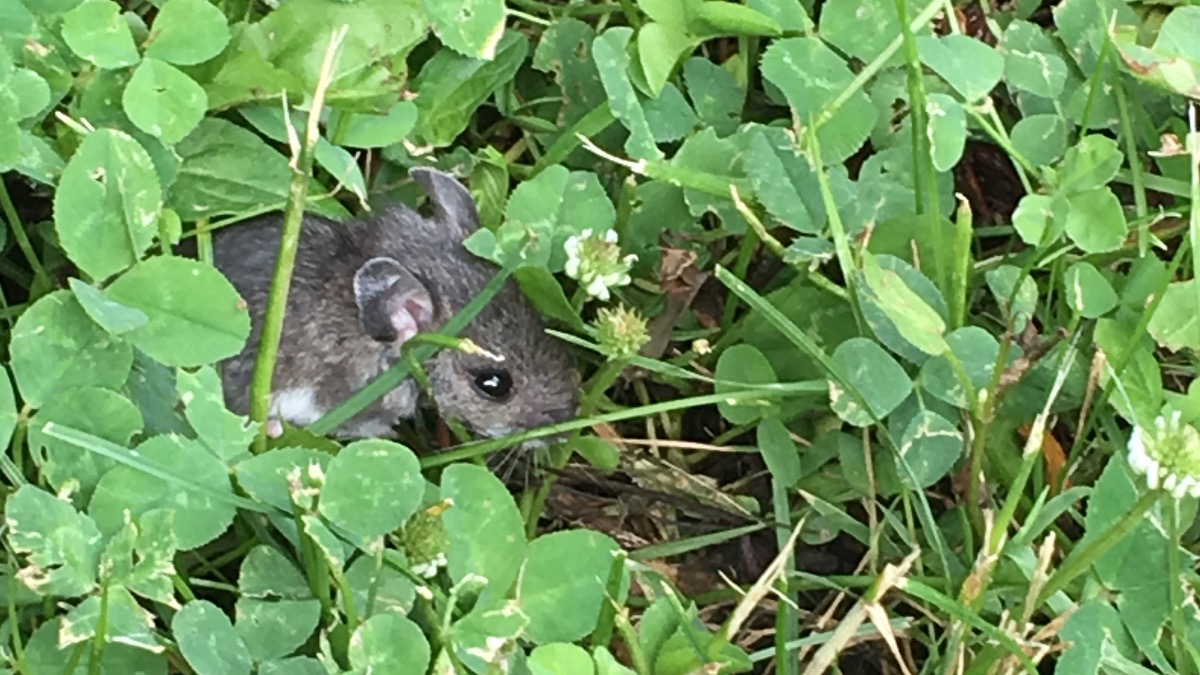 Schrodinger’s Mouse: the Story of a Mouse, a Dog, a Child, and a Not-So-Brave Mom

SpongeBob is Trying to Get Kids to Write More Letters 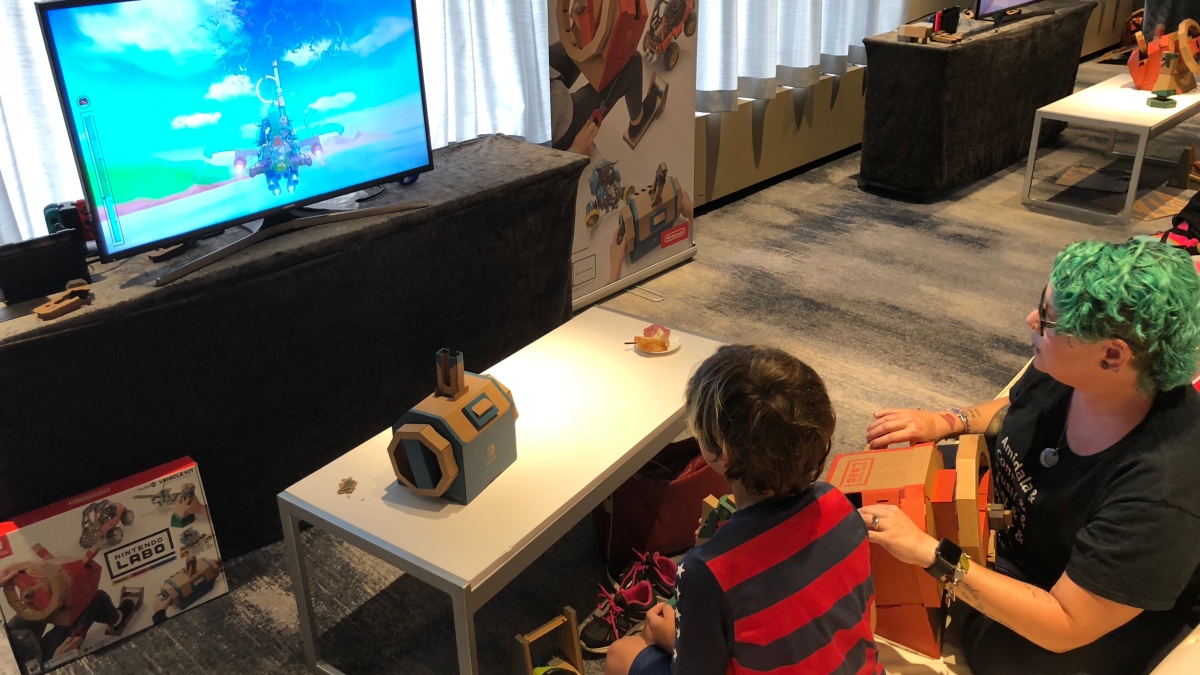