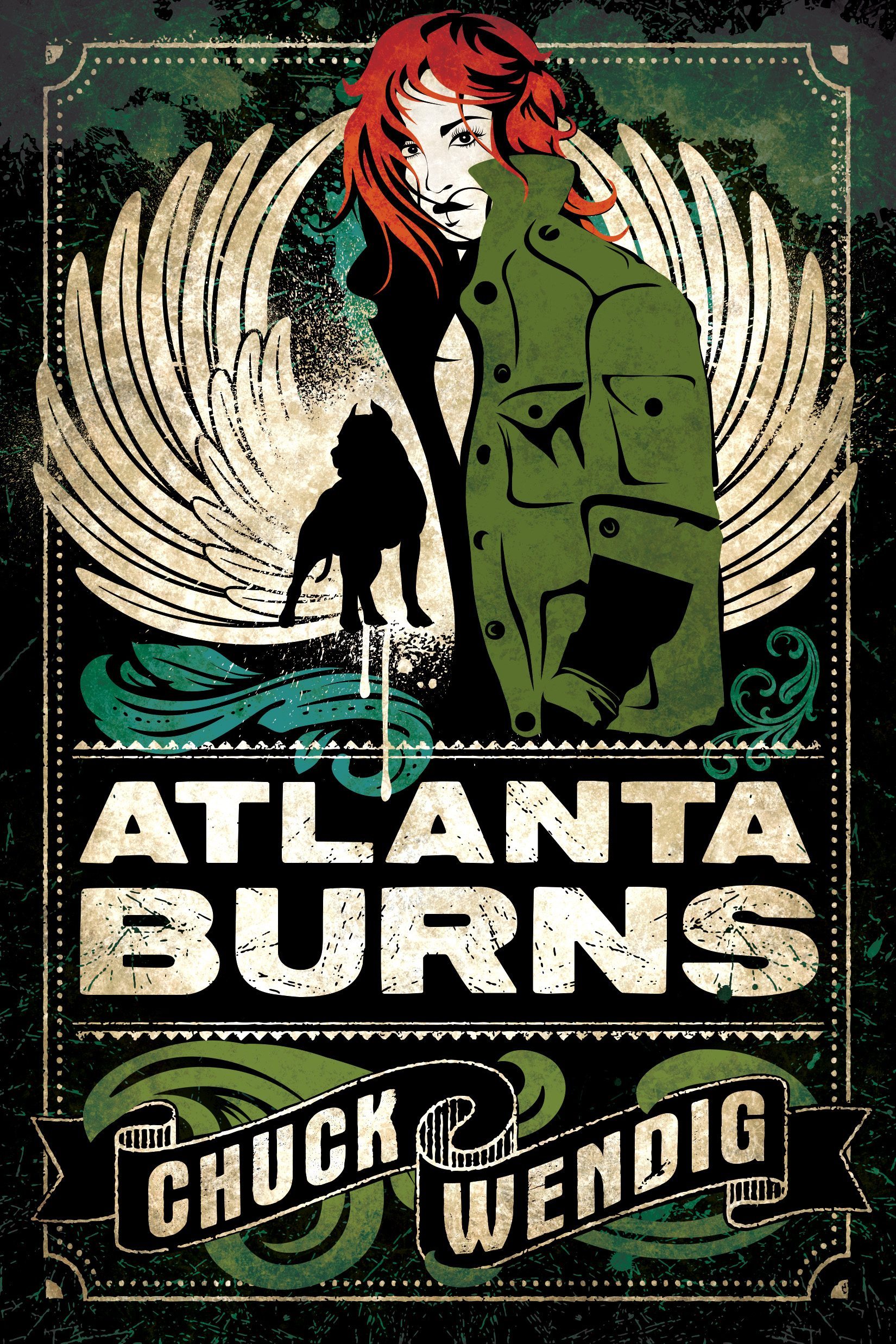 Chuck Wendig‘s latest young adult novel, Atlanta Burns, is causing a bit of a stir around the interwebs, and most of it is well deserved. I received a review copy of this book from Netgalley—and WOW! It certainly packs a punch.

Normally, I’d cover this book as part of GeekMom’s “Between the Bookends” feature, but I’ve been fielding quite a few questions about it, so I thought I’d give it its own article. See, Atlanta Burns is published by Skyscape, Amazon’s YA imprint. The heroine of the novel, Atlanta Burns, is a teenager. Yet, the book has a warning in its description on Amazon: “This book is intended for mature audiences due to strong language and violence.”

Now, I’ve read my fair share of YA novels, both as a teen and as an adult. Having read this book, I can honestly say, sure, there are bad words, and bad things happen in it. But has anyone read Hunger Games? Or any one of a plethora of YA books out there that not only have bad words or violence, but feature far worse things—like on-the-page sexual assault, etc? I don’t see most of these books with a trigger warning on their Amazon pages.

I’m the parent of a 12-year-old. I know that not all kids are alike. Some are ready for some things long before others, some are more sensitive than others, and so forth. My advice to parents when they ask me if this would be a good book for their kids (about any book) is invariably this: Only you know your kid. Read the description. Heck, read some of the book, then you’ll know. Labeling a book as not appropriate does no one any favors. Let the book speak for itself, and let reviewers do their job of word of mouth recommendations. Books are not one-size-fits-all.

So for those curious, here is my review of Chuck Wendig’s Atlanta Burns:

Author Chuck Wendig has never exactly been known for holding back. If you have ever read his blog or his books (including The Blue Blazes, the Miriam Black series, and his young adult Heartland Trilogy), you’ve seen his NSFW MO. If you expected anything else from his newest book, Atlanta Burns, you will be either overjoyed or sorely disappointed. This is Chuck Wendig at his truest and finest form.

Atlanta Burns hold no punches. Atlanta, the main character, is a teenage girl who has been through a lot. But, unlike many of the angst-ridden teens we read about in YA fiction, she doesn’t take this crap lying down. No way. Atlanta takes matters into her own hands and exacts her own brand of justice. She’s a teenage superhero, only without the protection of a mask or cape. She’s a teenager with a shotgun, and she’s done letting people pray on the weak.

Wendig has accomplished something pretty cool with this novel. Not only does he deal with topics like suicide, homosexuality, bullying, dog fighting/animal rights, absentee parenting, sexual abuse, and drugs—he deals with them all in one book in a realistic way that doesn’t feel heavy-handed. We don’t get that syndrome I see so often in teen books, where so many things happen to one person that it’s unbelievable.

Most importantly, however, he captures the helpless, powerless feeling of being a teen so well, and in a way adults can understand, which is possibly the most interesting thing. Atlanta’s problems are not petty, and they are far-reaching. I never felt the eye-rolling exasperation I get when I read some YA “issues” books, I never felt like the main character had to get over herself, because she wasn’t in it for herself. She puts her life on the line for her friends, and while yes, life would have been easier had she just lain low and let things happen… Well, this is Atlanta Burns we’re talking about here.

Every time I asked myself, “How can this get any worse?” they did. Things got to the point where I had to say, “This can’t possibly end well,” yet the book did end in a satisfying way. No one is unscathed, but life does go on.

Is this a good book for teens? Would it be appropriate for your teen? Well, as with anything, you know your kids best. I thought this was a great book, and Atlanta is a kick-ass heroine that adults and mature teens can love. Very sensitive teens might want to wait a while on it though, as there are some animal cruelty issues as well as some drug usage.

Kudos to Chuck Wendig for another no-holds-barred winner!

You don’t mess with Atlanta Burns.

Everyone knows that. And that’s kinda how she likes it—until the day Atlanta is drawn into a battle against two groups of bullies and saves a pair of new, unexpected friends. But actions have consequences, and when another teen turns up dead—by an apparent suicide—Atlanta knows foul-play is involved. And worse: she knows it’s her fault. You go poking rattlesnakes, maybe you get bit.

Afraid of stirring up the snakes further by investigating, Atlanta turns her focus to the killing of a neighborhood dog. All paths lead to a rural dogfighting ring, and once more Atlanta finds herself face-to-face with bullies of the worst sort. Atlanta cannot abide letting bad men do awful things to those who don’t deserve it. So she sets out to unleash her own brand of teenage justice.

Will Atlanta triumph? Or is fighting back just asking for a face full of bad news?

I received a free copy of this book from the publisher in exchange for an honest review.