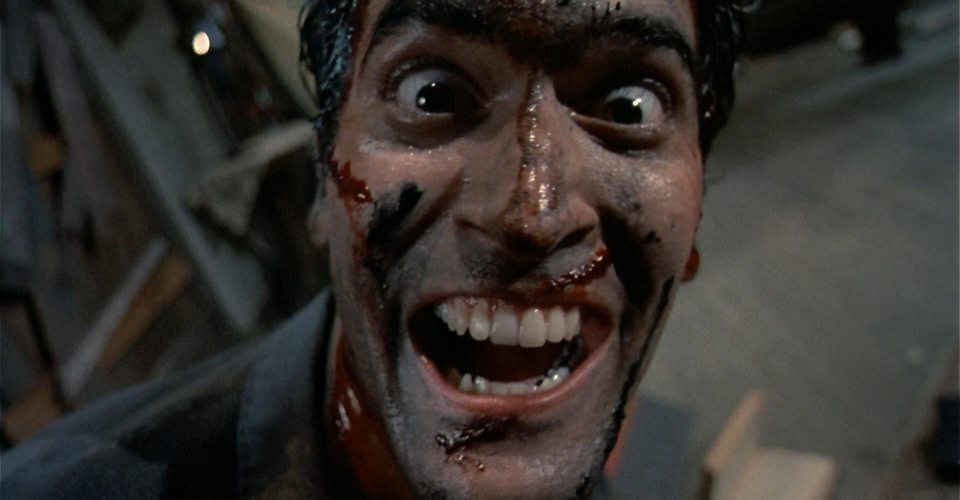 All right. Who wants some?

Starz just announced plans to bring The Evil Dead to TV. Hang onto your boomsticks, though. The TV-fied version of the cult classic is going to star the one and only Bruce Campbell.

Ash Vs. Evil Dead will re-team Campbell with director Sam Raimi and producer Rob Tapert. Raimi and Tapert previously worked with the network on Spartacus.

After the 2013 reboot/remake, fans seemed to be craving—well, Bruce Campbell. He will revive his role as Ash, the chainsaw-handed monster hunter with a quick wit and very quotable dialogue. Campbell played Ash in the 1981’s The Evil Dead, 1987’s Evil Dead 2, and 1992’s Army of Darkness. Then, Raimi, Tapert, and Campbell all took a producer’s credit for the 2013 reboot, which starred Suburgatory‘s Jane Levy.

Ash Vs. Evil Dead will feature 10 half-hour episodes. Raimi will direct the first one, which he is co-writing with brother Ivan Raimi (Darkman, Army of Darkness, Drag Me to Hell) and Tom Spezialy (TV’s Chuck, Reaper).

“Evil Dead has always been a blast. Bruce, Rob, and I are thrilled to have the opportunity to tell the next chapter in Ash’s lame, but heroic saga,” said Raimi. “With his chainsaw arm and his ‘boomstick,’ Ash is back to kick some monster butt. And brother, this time there’s a truckload of it.”

Why I Let My Kids Play Fantasy Sports