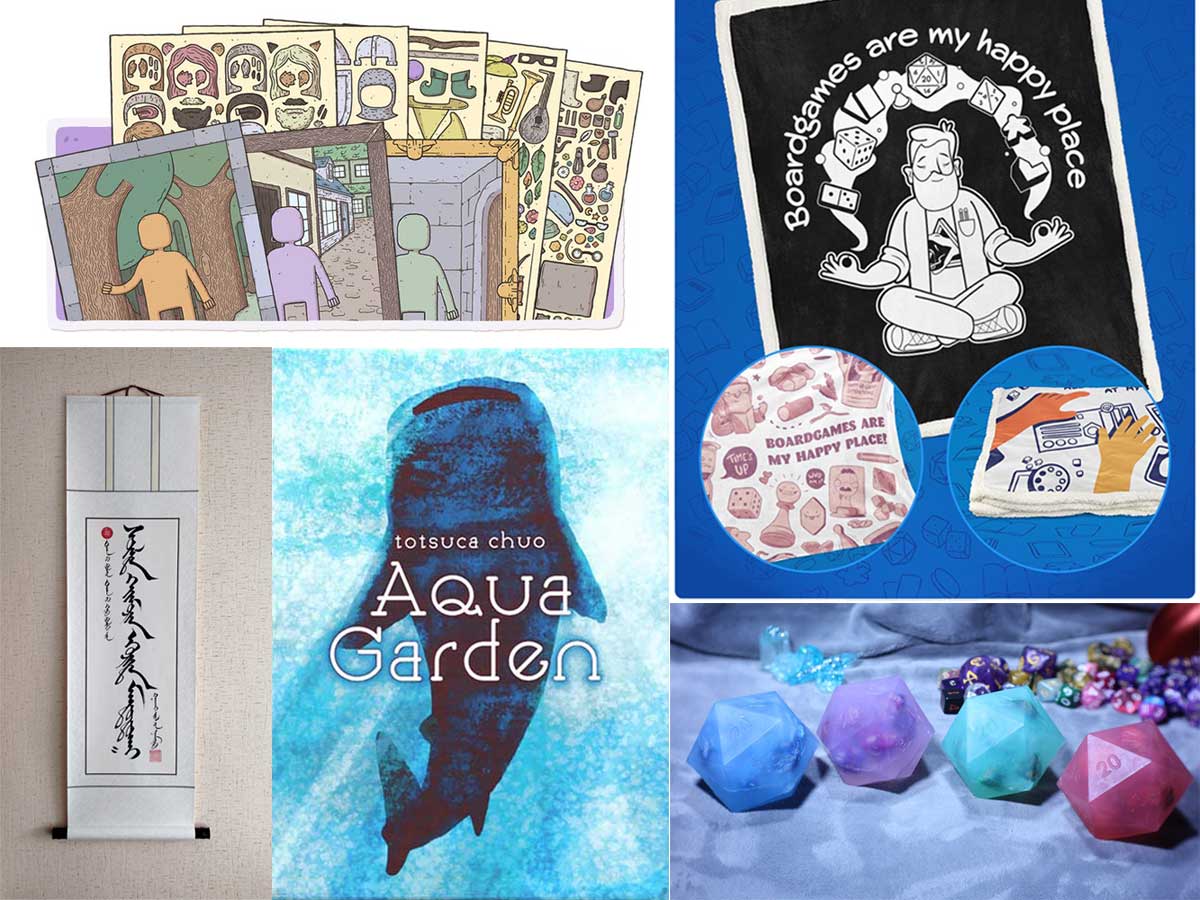 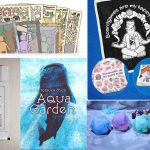 As you prepare for your (small, safe) Thanksgiving dinner this week, here’s another batch of tabletop projects on Kickstarter to check out! Today’s roundup includes several projects from first-time Kickstarter creators; I love seeing new people try their hand at game design, but I’ve also learned to expect more delays as well to avoid getting frustrated or impatient. Just think of it as getting your holiday shopping done early … for next year.

This futuristic racing game takes place on a track made of cubes, and the racers can stick to the sides of the cubes magnetically—plus they can move the cubes around to create new paths or even crush their opponents, forcing them to respawn. I like the idea of manipulating the 3D track and trying to figure out the best path to the finish.

Stay healthy and have fun with these d20-shaped soaps! Each one’s scent is inspired by a different RPG class, and includes an entire set of polyhedral dice inside. (Watch your hands on those d4s when they start to poke through!) The quicker delivery times have already been claimed, so it’ll be a little more of a wait, but I’m glad the project creator has set reasonable limits on the tiers; hopefully the estimated delivery times will be more accurate that way.

Board Game Blankets from Atheris Entertainment

These game-themed blankets look like a fun way to stay cozy while showing off your favorite hobby! There are a few options available: a no-frills flannel and two sizes of soft sherpa, with a couple options for designs. You don’t have to pick a design yet (and more may be added if stretch goals are reached); you’ll make that decision later in the pledge manager.

This project is a set of picture books and a role-playing game set in the same world. The So You Want to Be a … books are intended for kids ages 4–7 and feature kids who aspire to be heroes, and learn that they already embody some of the same ideals and traits. The illustrations, by Jacqui Davis, show the kids in real life and as their adventuring alter egos. Questlings is an RPG by Banana Chan and Tim Devine intended for kids 8 and up, set in the same world, and players will take on the roles of both the real-world kids and their fantasy counterparts. There’s a diverse cast of characters, and the game includes a simple safety tool to make it easy for players to signal to others if they’re enjoying a plotline or if they’re uncomfortable with it.

This game feels a bit meta: you mix and match themes to build the setting of the game, and the game itself involves influencing the rules themselves by bidding. The artwork looks great, and I’m curious to see how everything plays out.

This project caught my attention not just because of the theme and the artwork, but because it’s a game that’s designed to help preserve a language and culture. Endangered Alphabets works to educate people about written languages that are at risk of disappearing by making artwork and educational materials, and this is their first time using a board game as part of that process. The game itself is inspired by Mongolian history and legends, and there will be a lot of explanatory material about that. Now, I do have a few reservations: first, it’s hard to know without much more information whether it’s a fun game to play, but I like the concept. Second, I’m a little uncomfortable with the fact that the public face of this game about Mongols is a white man, but in the FAQ it does say that there are some ethnic Mongolians working on the project including one of the lead artists and the chief translator and calligrapher.

The Specialists from Explor8

I love heist movies, and I’ve played a few board games that incorporate different aspects of the theme. Burgle Bros. is a cooperative heist game; Escape Plan is about getting out of town after a heist. The Specialists puts you in the role of competing masterminds, each assembling teams to pull off the biggest heists. The game uses some dice-drafting to hire and activate your various specialists—driver, grifter, safecracker, and so on—and the artwork looks sharp. 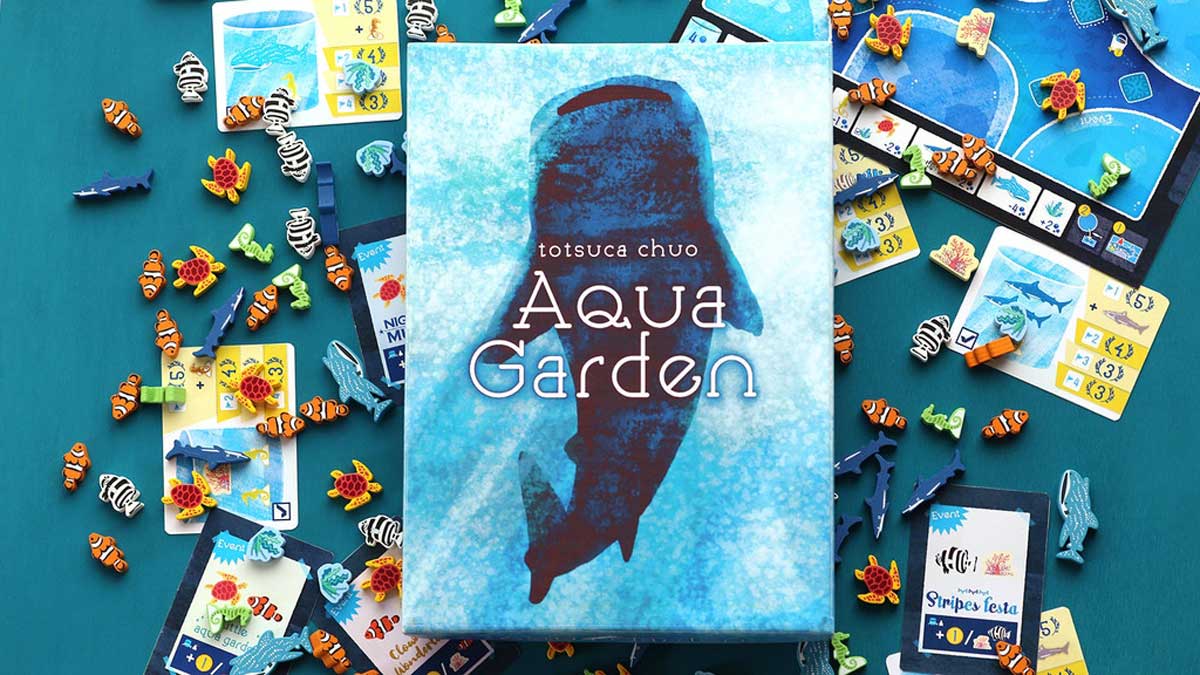 I’ll admit I didn’t know a lot about this game, but it popped up in my feed because a friend backed it, and I was just drawn to the whale shark on the cover. The game is about creating an aquarium, and it’s from a Japanese game publisher. The various sea creature meeples are adorable, too!

This looks like a fun way to illustrate your RPG character, whether it’s for a game or just as a fun craft. You get a blank portrait and then use the sticker sheets to accessorize, adding weapons and tools and clothing and hair to your character. There’s also a tier for the digital packs, too.

This is a book of interviews with folks from the tabletop RPG industry. I don’t play as many RPGs myself, but just scrolling through the list of names, there are several that I recognize (and many more that are new to me). These interviews are meant to dig a bit deeper into each person’s story rather than just interviewing them about their latest project, so it looks like a cool way to get to know some of these game developers a little better.

Click through to read all of “Kickstarter Tabletop Roundup: Future Gift-Shopping” at GeekDad.If you value content from GeekDad, please support us via Patreon or use this link to shop at Amazon. Thanks!

The Geek Mom Book: Our Views on Education