One of the joys of being a part of the GeekMom community is that whatever you have a passion for, it’s accepted here. We decided early on in our GeekMom.com days that “geeking out” about something could mean a lot of things. Anything you are passionate about, especially if it falls a bit outside the lines of what’s ‘normal’ for our demographic, is supported here.

One of my personal passions is all things related to extreme sports, especially winter sports. We live in the mountains of Colorado and not only try to hit the slopes as many weekends as possible, we follow the sport’s circuit events that happen near our home. Being the mom to four snow-crazy kids keeps me in the loop, as much as a 47-year-old amputee mom can be.

As a wife and mother, I watch the extreme sport athletes and wonder about their lives. What’s it like to have an extreme job? At the women’s events, I wonder how those women balance it all. Many of them are wives and mothers. How exactly does that work, in everyday life?

As I watch the men’s events, I think of the women in their lives. I know many of them are young enough that they still have girlfriends who line the fences, cheering them on. But every time I witness a crash I think of that kid’s mom, and wonder if she is watching the event live, or if she’s about to get that phone call. Extreme hobbies can take their toll on the people who surround the athlete too.

At the Winter X Games 2014 I had a rare opportunity to chat with one of the women of extreme sports. She patiently answered a whole list of questions I’d been forming in my brain, as I wondered about the behind-the-scenes stories of extreme athletes. You won’t find her name on the score board. She spends her time on the slopes purely for fun. But Alexandra Wise happens to be married to a guy whose profession involves doing massive tricks on skis, while flying down a huge half pipe. Her husband is David Wise, a professional skier who is pretty darn good at his job.

Right after my family and I got to see David  pick up another Ski Halfpipe gold medal at the ESPN Winter X Games, Alexandra and David boarded a plane to Russia, and within two weeks, David had an Olympic gold medal to add to his collection. This guy is the real deal. And not just when he’s wearing skis.

David Wise is not the norm in extreme snow sports, especially when it comes to male athletes. Most of the field is rounded out by single, young guys, who push the limits, on the snow and off. Not many of them go home at night to a tiny blonde 2-year-old who jumps into their arms and calls them Daddy. But David does.

He and Alexandra met at a church camp and, as many long lasting love stories go, they became really good friends before they decided to explore deeper emotions. They were young, after all. Like in finishing up high school for Alexandra and living on airplanes and in training gyms for the rising star that was David. Their relationship grew until there was finally a ring and a set of “I do”s. A year later, Nayeli joined their new little family. Even in his early 20s, David was officially the old man of his sport.

Add to that the fact that David and Alexandra lead a thriving youth group at their local church, and spend their time off the slopes helping troubled youth, and you’ll find an extreme athlete you can believe in. In fact, 10% of the money that David earned by bringing home an Olympic gold medal will be sent to WeSayWater, a nonprofit started by the Wises, that provides clean drinking water in Malawi (get more information/donate here). In extreme sports it’s tradition to spend 10% of your winnings at the bar the next night, buying drinks for friends. David decided to put a twist on that tradition. He buys clean water. Just another way this extreme athlete is breaking the mold in positive ways.

So once I found out how Alexandra happened to get herself tied to an extreme sports guy for a lifetime, I asked her the obvious wife questions. What’s it like to live with a spouse whose job it is to take risks—huge risks? Did she know what she was getting into before she said “I do”?

At first Alexandra didn’t realize what she’d found, when that cute boy caught her eye during camp. “He never told me what kind of skiing he did,” she said, “He never bragged. It wasn’t until we really started talking and dating that I understood he was a skier, like for real, and what he was capable of.”

There was no thought in her mind that their home might grace a few gold medals some day. She just saw a guy who had the kind of character she had always admired.

As far as how hard it is to not worry that her husband could have life changing injuries at any point, she’s learned to relax through the years. “It’s part of who David is. He is constantly taking risks and conquering fears, but I never doubt his control or self-confidence. He knows the limits of his own body and the situation. He makes people nervous because they don’t understand the calculated input and outcome that David puts into everything he ever does.”

Somehow this young wife of a gold medal athlete is making me more relaxed about standing on the sidelines, watching extreme sports. She helped me understand that not only her own husband, but many other extreme athletes, continue to compete, safely, because they are as smart as they are athletic. They spend their off seasons—much like David Wise does, I’m sure—cross training, strengthening their bodies, learning the limits of their sport, and testing those limits in a contained environment.

The logical next question I had for Alexandra was how much he talks about his sport with her. Having been a spouse myself for as long as Alexandra Wise has been alive, I know how important it is for spouses to support each other in their passions. But how much can an extreme athlete confide in a spouse whose name isn’t on the scoreboard too?

“Skiing is definitely a business,” she says. “It is how we live. There are many things to discuss as his wife, business partner, and supporter. But when it comes to tricks—he saves his breath for his coach. David knows I have no idea.”

Some of my favorite parts of the conversation I had with Alexandra involved how she loves watching her extreme athlete husband turn off his competition brain and turn on his daddy brain. This is a guy who travels a lot during the winter months. He has a lot on his mind. If he’s not focused, it can mean career ending injuries. But somehow he can turn that off when it comes to their 2-year-old daughter, Nayeli.

This is how Alexandra describes it, “the one thing in this world that can get David to slow down is skiing with Nayeli. He is so patient with her. When she’s had enough of skiing between his legs or inching down the bunny hill to his arms, he wisps her up onto his shoulders and they get some wind in their faces together.”

I guess parenting is the great equalizer. Nayeli will soon have a little brother to use her hand-me-down skis. Although David and Alexandra knew it, they didn’t reveal to friends and family that they were expecting again, even as they navigated the travel around a significant trip to Sochi. Once the hometown gold medal celebration died down, they finally broke their private, special news. The planet would soon greet another baby Wise, another potential extreme skier.

The winter sports season is just about over. The off-season has arrived and it’s time to move on to spring and summer sports in our household. One of the great geek out moments of the 2013-2014 season for this GeekMom was a chance to stand on a snowy hill and ask the questions I’d been carrying around for a long time. I was lucky to have access to the wife of one of our favorite athletes. I have huge respect for the family members of these athletes and I walked away with a new understanding of the sport and what happens behind the scenes, when the television cameras have all been packed away.

Our family will continue to watch extreme sports and this is one mom who is now a permanent member of the David Wise fan club. Partly because of how talented he is on the slopes and in that half-pipe. And partly (mostly) because I now know more about the person underneath those dark ski goggles, including the rock solid spouse he so wisely chose to marry. 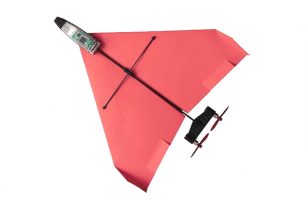