Happy Comic Release Day! Welcome to another installment of GeekMom Comic Book Corner, where we recap our adventures in comics for the week. This week, Dak looks at the beginning of Marvel’s latest event, Original Sin, while Corrina dives into Batgirl and Batman Eternal, and Sophie shares another look into The X-Files. Also, in comic book news, Dak gives her two cents on the latest blunder by ComiXology.

Original Sin #0 shows us just how important the silent character, known as the Watcher, really is. Unfortunately, we get to learn all about him just before Marvel kills him off and I can’t say I’m too happy with their decision (downright disappointed is more like it).

The Watcher is a character I know very little about, but appreciate every time he shows up. I’m only familiar with him for his brief and random appearances in Nova, but anytime I get to see him, is a good time. From the few times that Nova has interacted with the Watcher, I can tell he cares about what he sees, even though he is unable to interact with those he watches. He has interacted with Nova to a point by silently giving him insight into certain events and I can see that Nova considers him a friend.

This is the first time in my three years of comic book reading that I’ve been disappointed in a decision that Marvel has made (okay, the second time…if they keep rebooting everything to issue #1, I might have to start reconsidering my loyalties) and I’m not looking forward to seeing a character I’ve come to love get murdered. The only thing I’m curious to see in Original Sin #1—when it debuts in May—is how Nova is going to react to the Watcher’s death.

Poison Ivy: I never understood your fetish for stealth. It’s a positive obsession with you people.

Batgirl: Probably better not to talk about fetishes when our actual kiss is lethal, Ivy.

And it’s not just that the team-up of Barbara Gordon and Dinah Lance (Black Canary) in the opening pages felt like old times. (Babs: I just love her, all right?)

It’s that this is also a story of hope and renewal, symbolized by a neighborhood garden planted by Babs and her roommate, Alysia Yeoh. It felt good to close the story with a happy sigh for a change.

This weekly series keeps forward momentum by bringing in Barbara (Batgirl) Gordon in defense of her now-disgraced father, former police Commissioner Jim Gordon, who’s been charged with negligence in a subway disaster. Much of the issue goes over what we already know, that the new commissioner is corrupt, that Carmine Falcone is behind Gordon’s frame-up, and that Batgirl and the rest of the Bat-crew are determined to prove his innocence.

And then there’s the not-so-small matter of Stephanie Brown, not yet The Spoiler, trying to escape the clutches of her super-villain father. Calling Mom for help seems a good idea until it’s clear that this version of Stephanie’s mom isn’t nearly as benevolent as the previous version.

Suppose, under certain conditions, a physics impossibility becomes a reality? Such as gravity failing or wormholes appearing randomly? Who do you call for help? The FBP aka the Federal Bureau of Physics. That’s the premise of this imaginative and mind-bending series that focuses on Agent Adam Hardy of the FBP, who joined partially to discover more of the legacy of his late father, a scientist who died doing dangerous research that partially led to the creation of the FBP.

And it’s a great adventures, as Adam becomes trapped in a created “bubbleverse” where the regular rules of the universe don’t apply, up against an enemy from within and trying to rescue the people inside before everything collapses. After this mission, there’s a political backlash, leaving Adam, his new partner, and the remaining FBP agents to operate on a nearly non-existent budget. The artwork is as bendy and imaginative as the premise, as gravity goes wild, as people and objects literally crumble, and everything is stretched into impossible positions.

The FBP has been optioned for a film and the concept, characters, and visuals seem perfect for the big screen.

It’s been a few months since we had a long mythology arc on The X-Files Season 10. Much as the show itself used to split these long-winded and complex stories up between shorter tales, and so now the time is right for the next big advancement of the series’ overarching mythology to begin.

Pilgrims does something new for The X-Files by taking the alien conspiracy outside of the USA and Russia.

Sure we’ve certainly known before now that the conspiracy extended beyond the metaphorical boundaries of the Cold War (who remembers corn crops in Tunisia, spacecraft wreckage in Africa, and meetings held at London’s Royal Albert Hall?), but this is the first time we’ve really laid eyes on it and seen Mulder and Scully out of their homeland and dealing with a foreign culture.

It’s a nice way of bringing the show up to date without ramming “look, Mulder is using modern technology, he has an iPhone now!” down our throats. Back when The X-Files was reaching its peak, the world was still reeling from the end of the Cold War and to many, Russia remained the definitive Big Bad. Of course, current politics have shown us that Russia is still a powerful game-changer (just ask NASA), but these days all eyes are on the Middle East, so moving the story out to Saudi Arabia is a nice touch. Of course, this raises certain cultural issues to be contended with, most of which are handled very well.

Scully spends the entire story wearing a hijab and she finds herself having to deal with local law enforcement who are not exactly happy about cooperating with the FBI, especially with an agent who is female. There are also risks associated with taking an agent like Mulder, known for being something of a loose cannon at the best of times, into a far stricter society like this. “Let’s try not to cause an international incident until after lunch okay?” Scully asks him and you feel it’s a genuine concern on her part.

There was one line I did feel was somewhat inappropriate, a throwaway comment from Mulder as he helps Scully fix her hijab and tells her,”You’d make a lovely child bride.” It’s a rather tasteless “compliment” at the best of times and in the middle of such a lighthearted and fun scene, it feels more than a little jarring.

As for the conspiracy itself, this issue is more about setting up the latest incident than really getting into the details. We know the Black Oil is back, there are mysterious men in suits and dark sunglasses lurking behind every corner, and someone is trying to cover up what really happened. It’s fairly standard X-Files stuff so far, but it’s comforting for that and it’s great to see the Lone Gunmen again.

One minor continuity nitpick is the fact that Scully has apparently forgotten that she speaks German. Admittedly, it was never established how fluent she was, but we do know she took it in college and given her standard in Season Four, she should have had no problem with what she hears here. Even I could translate it easily from remembered high-school German taken over a decade ago.

Finally, the issue’s big finale reveal was given away in previews several months ago, but that doesn’t make it any less welcome. I’m looking forward to seeing how this always uneasy relationship pans out in 2014.

Did you hear that? It’s the screams of thousands of digital comic book fans up in arms over the new ComiXology app…and I’m one of them. Earlier this week, ComiXolgy made the announcement that they would be releasing a new app to replace their previous version. In that same email announcement, they gave some users a $5 credit to their account. At the time, I thought this was nice of them, but now I see it as a bribe. 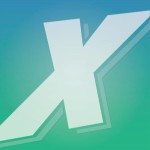 The new app is great, with the exception of one major change—you can no longer purchase comics through the app on Apple devices! What? One of the biggest reasons I have the app on my iPhone is so I can purchase my books on my device.

According to reports, the change is due to Amazon, the new owners of Comixology, not wanting to pay fees to Apple associated with in-app purchases After some research, I learned that the fee is 30 percent on each order. So if a typical comic costs $3.99, then ComiXoloy was only making $2.79 off of that order. (Amazon also doesn’t allow in-app purchases in their Kindle app for iPads.)

There’s a good thing and a bad thing happening here.

The good is that this opens the door for digital book prices to drop because ComiXology is no longer paying the fees that Apple pushed on them.

The bad is that a lot of fans are up in arms about not being able to purchase their books directly from their device and will most likely spend less as a result.

I’m in the latter camp. I used to spend a lot of money in ComiXology because it was easy. It was hooked to my iTunes account and my iTunes gift cards. Now that I have to use my credit card to purchase my comics and I have to go to my computer to do it, I’m less likely to purchase comics online. I’m already starting to move more towards graphic novels and snail mail subscriptions; maybe this was the final push to get me to make the move entirely.

What do you think about the buy out? Is this a good thing or a bad thing for comic book fans? Let me know in the comments!

2015 Heels and Wheels Puts Women Behind The Wheel