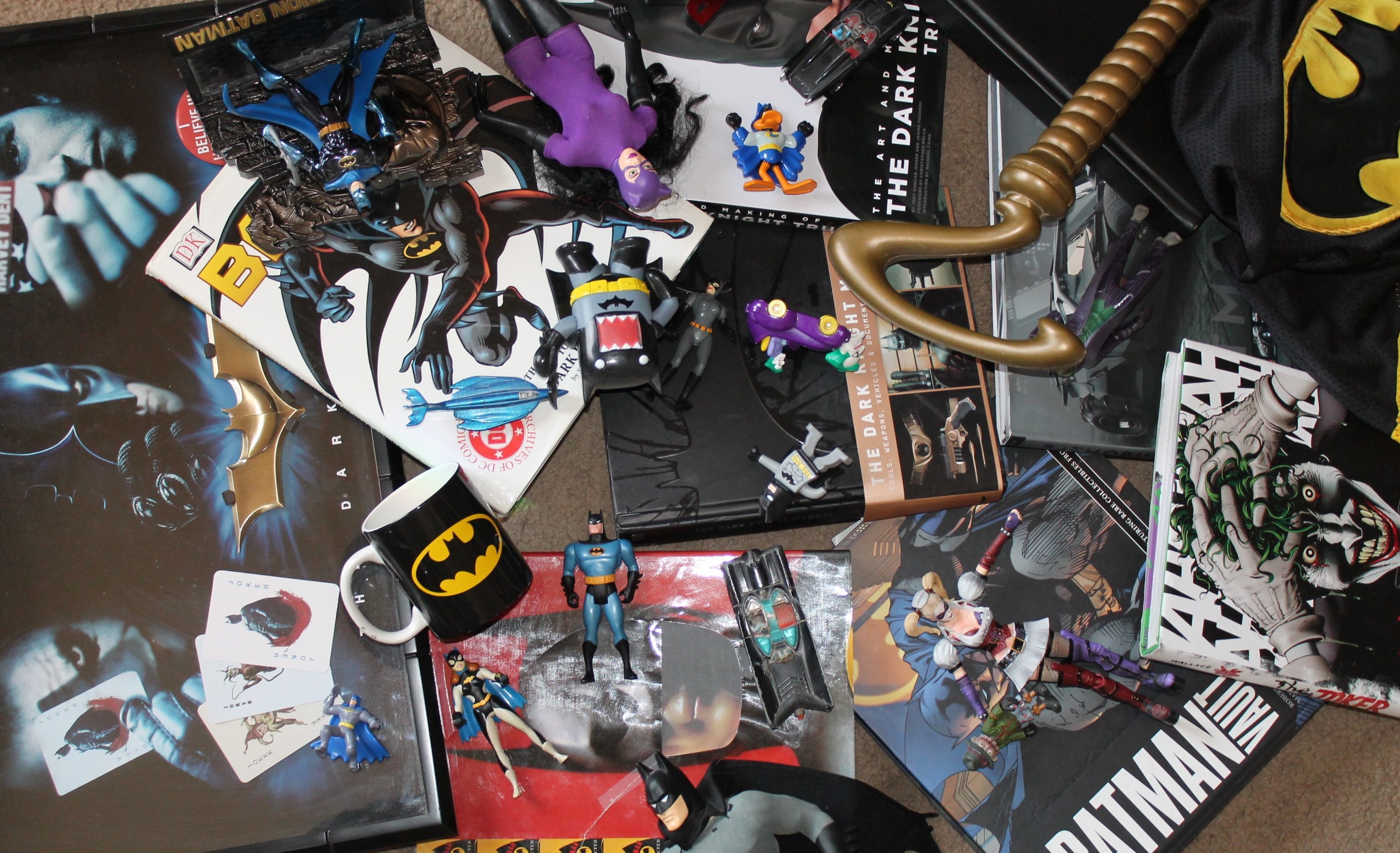 When I was three years old, I came down with chickenpox. I was sick and miserable and itchy, not to mention bored. The only relief from this circumstance was when my 10-year-old brother brought his circa 1960s Batman “bendy” to entertain me with a talent show of dancing, singing, and stunts. He would climb up and down the bedside and my feet, he would dance on his pointy ears, and he would take daring swan dives and comical pratfalls, all the time accompanied by sound effects and the classic “duh-nuh-nuh-nuh-nuh-BATMAN!” soundtrack courtesy of my brother.

Despite the fact our bendy Batman’s feet were stuck in Second Position, his fingers never separated, and the paint on his cape and boots needed constant touch-ups with blue markers, this little toy became a favorite, and was my “stair-step” drug into the world of superheroes, especially Batman.

I tuned in at the same “Bat-Time” each week for the classic series reruns, I read my brother’s comics, and I bought a “Barbie-sized” Batman doll, because my dolls hung out with superheroes and G.I. Joe, never Ken. For Father’s Day, I made my dad custom handkerchiefs with images of Batman and Robin in iron-on crayons, which my dad proudly took to work to blow his nose on.

As a teen, I sketched Batman and his emblem on everything from notebooks to the tips of my Converse shoes. I celebrated Tim Burton’s movies, and cringed at the ones by Joel Schumacher. Today, I still collect, criticize, compliment, read, wear, and often immerse myself in the Dark Knight’s world.

If this one character has had that effect on just me, imagine the impact Batman has had on the world of pop culture for decades.

Over the next year, Warner Bros. Entertainment and DC Entertainment will be mark DC’s Batman’s 75th anniversary, with a year-long celebration befitting what they call the “world’s most popular Super Hero.”

“Batman is an incredibly important property with multi-generational appeal across all of the Studio’s businesses, and we’re proud to celebrate this milestone anniversary,” Tsujihara said. “From billion-dollar blockbuster films to TV, home entertainment, video games, and consumer products, The Dark Knight continues to resonate with audiences worldwide and rightfully deserves his place as a global pop culture icon for the ages.”

A special logo has been created to mark all anniversary happenings planned this year including:

• An all new “Cape/Cowl/Create” art exhibit at San Diego Comic-Con International in July, featuring artists’ interpretations on the “blank canvas” of a cape and cowl created by fashion designer Asher Levine.

• Several new home entertainment releases such as the Batman ’66 TV series, and a special 25th Anniversary Edition of Tim Burton’s.

These events, as well as many more, can be found on the 75th Anniversary site at Batman75.com.

“He is an integral part of pop culture and has successfully captured the imagination of the entire world,” Nelson said. “The origin of Batman, Bruce Wayne, and the famous citizens of Gotham are legendary and likely a story you know inside out, even if you’ve never picked up a comic book in your life, and that speaks volumes to the character’s immense popularity and the constructs of the original mythology.”

Like most geeks, I’ve had (and still have) many fandoms–Star Wars and Star Trek, Doctor Who, Lord of the Rings, and Avengers to name a few–but Batman was my first, and you never forget your “first.”

As for the little bendy Batman, he is somewhere in my house still, although his location eludes me. He is likely to be hiding among my own daughters’ Dark Knight stash, waiting patiently in the dust to entertain the next generations of Bat-fans for another 75 years. 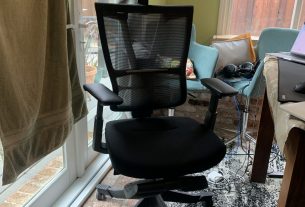 1 thought on “Happy Birthday, Batman! You Were My First Fandom”