How did I reach a point where I now roll my eyes at my own wedding pictures? It could have something to do with being married for 22 years which leaves a lot of room for fashions to change, but it’s not like I’m 80. It wasn’t that long ago!

Still, when I celebrated my 22nd anniversary last week and put my standard wedding picture on Facebook and Twitter for all my friends to see, I was struck by just how dated it looks today. I had a perm. I had puffy sleeves. And I have no explanation at all for my husband’s hair. What a couple of nerds!

Actually, I do have an explanation. It was his worst haircut ever. He knows it. I know it. His Mom refused to buy any photos where he was looking straight at the camera because it was so noticeable. Honestly, at the time I was hardly aware of it in the rush of the wedding day. He got it cut just the day before, so it wasn’t until we were on our honeymoon that I looked at him and thought, “What the heck did you do to your hair?”

Russ is sporting a bad haircut, but at least he’s not dated. Crooked is crooked no matter the decade and the barber is more to blame than my husband. I also blame my brother-in-law, John, because what kind of Best Man doesn’t immediately see that and make the Groom march right back into the nearest barber shop? Also, John is totally bald now so I guess that’s payback.

My husband is wearing a pretty generic tux which hasn’t changed a heck of a lot over the years. Guys are lucky that way unless you were unfortunate enough to have a formal affair in the ’70s with those ruffled shirts. Those poor guys didn’t stand a chance.

I, however, fully embraced the year 1992 on my wedding day. I swear to God, permed hair was a thing. We thought it looked awesome. One look at my bridesmaids confirms it wasn’t just me. I know, we look laughable today and I don’t know how we fit all that hair in the limo, but it was a thing, people!

Also, puffy sleeves. The world was fresh out of the Big ’80s and those sleeves were cool. I was all princess-y with my puffy sleeves and permed hair and just shut up and let me have my moment. I think of them as Snow White sleeves, so, yeah, a Disney nerd even on my wedding day.

It’s been 22 years and fashion has thankfully moved on from perms and puffy sleeves and hopefully that barber has moved on to another career. I look very young, and the photos are very dated, but crooked hair or no, I love my husband even more than I did the day we were married.

But he’s not allowed to pick a barber without my approval. Ever.

What Do Smart Zombies Want? Apps For Better Brains! 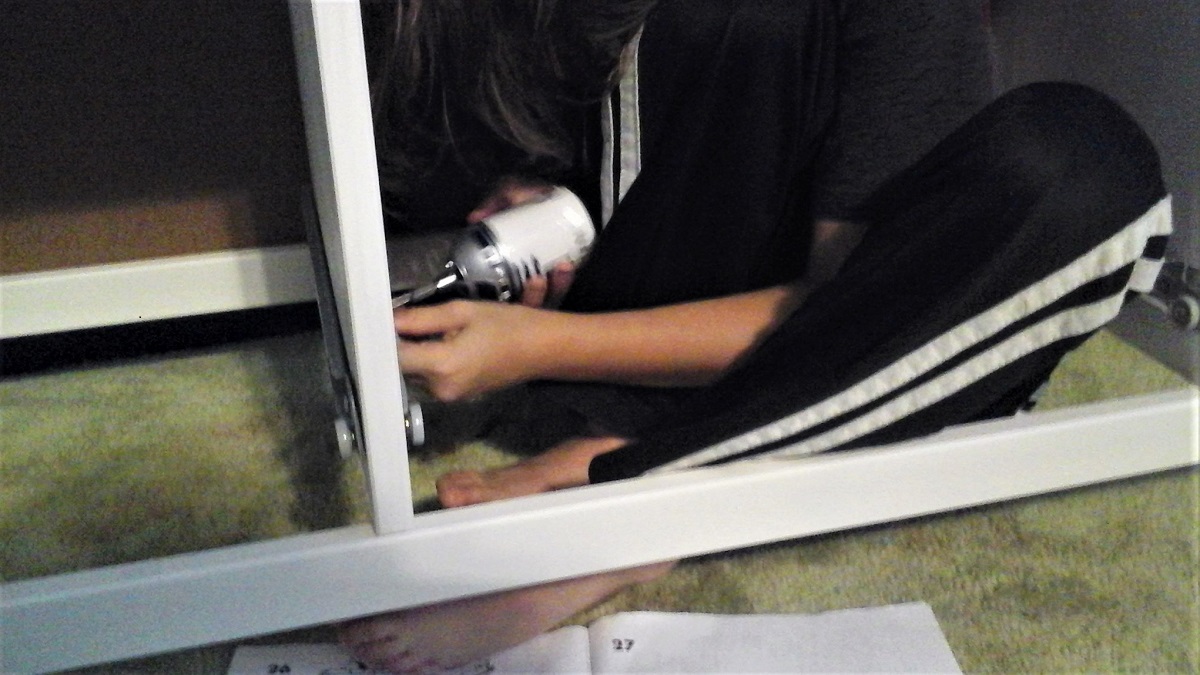 The Benefit of a Small Person With Engineering Skills

2 thoughts on “That Moment Your Wedding Photos Look Ridiculously Dated”