Back in 2009, Disney acquired Marvel. It took them a little while, but the House of Mouse delivered its first crossover cartoon for the Disney network with the August debut of Phineas and Ferb: Mission Marvel. The results were hilarious. Now, the network has pumped a few superpowers into its classic characters.

Mickey Mouse Clubhouse: Super Adventure adds a superhero twist into one of Disney’s most recognizable programs. First broadcast back in October, this super-sized superhero-themed episode finds Professor Von Drake turning the Clubhouse Gang into the Clubhouse Heroes. Mickey gets flying abilities and super strength, Minnie has “super bows” that you certainly wouldn’t want to mess with, and Pluto also has the ability to fly and do doggie things (like digging) on a superhero level. Rounding out the lineup is Donald with his super speed and Daisy, who can move things with her mind. Goofy, on the other hand, gets super-stretchy capabilities, which seem sort of lame in comparison. However, everyone does their part when it comes to battling the villain Megamort and his sidekick Power-Pants Pete.

Of course, Super Toodles is more powerful than the entire lot, helping to get the team out of the jams presented here. If you’ve watched even just one Mickey Mouse Clubhouse episode, you’d know that Toodles has always been a bit of a superhero, constantly coming up with creative ways to solve the gang’s problems.

Despite the fact that my son is getting older, he’s still enamored with Mickey Mouse Clubhouse. I’m not complaining, either. He’s always smiling when he watches an episode. He also seems to learn something. This episode was no different. And while Mickey isn’t exactly Iron Man, we were still pretty glued to these cuddly characters and the teamwork that went into defeating (and then saving!) Megamort.

Sure, Mickey Mouse Clubhouse: Super Adventure isn’t the next coming of The Avengers, but it follows the show’s perky formula and has a nice message. Also worth nothing is that this DVD comes packaged up with a bunch of superhero trading cards inside. Actually, these are more like index cards, but my son asked if he could sleep with the Pluto one by his bed and then went clamoring for the rest of them first thing in the morning. There are also three regular-sized episodes included, making it a good selection for rainy afternoons or long car rides—or both. I’ve had some repeat viewing requested in this house already. Enjoy! 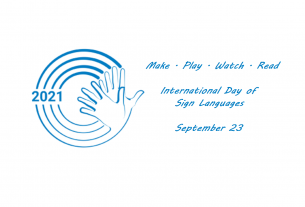