Next up in our geeky gift guide series for the holidays, we look at children’s books, on subjects as varied as making art, Abraham Lincoln, Lego bricks and Star Wars.

The books in this list are for young children through late grade school (or, in some cases, all ages–even adult!) Also take a peek at our clothing and board game gift guides and keep looking for more gift guides over the coming days.

Art While You Eat Place Mats Created by The Museum of Modern Art, this book of 50 paper place mats are the perfect quiet activity before dinner at home, while visiting, and at restaurants. Each one provides an open-ended activity to encourage creativity. $11.07

Beautiful Oops Every “oops” is an opportunity to make something beautiful. A spill, smear, or tear can be the start of a new design. The concept goes beyond art to reassure children. $9.32

Kodu for Kids Kids can learn to design their own video games with the very visual Kodu programming language, but a useful guide is really needed because of the lack of tutorials – so James Floyd Kelly of GeekDad fame wrote one. It’s a fantastic way to guide kids through learning this fun language. $18.31

Who’s on First? John Martz’s adorable characters are presented as an assortment of animals, such as an inchworm, puppy, rooster, alligator, and an owl, all taking part in a children’s adaptation of Abbott and Costello’s Who’s on First? comedy routine. After the story, the last pages are dedicated to a brief history of the original “Who’s on First” comedy routine from the 1930s, and some of the accolades the routine, Bud Abbott, and Lou Costello have all received. $16.95

Star Wars and History You may know your Star Wars history, but do you know how events in the real world helped form the one you saw on the movie screen? Star Wars And History is an in-depth look at how George Lucas drew on real people and events from history to create one of the most beloved franchises of all time. $29.99

Pterosaur Trouble Daniel Loxton, editor of Junior Skeptic Magazine, wrote this fantastic book about pterosaurs and their daily life. The visuals are stunning, and the storyline is interesting. It is the second in his Tales of Prehistoric Life series for kids. The books are fantastic for any kid interested in prehistoric creatures. $13.34

Lonely Planet guide books and Not-For-Parents series Lonely Planet has been known as an informal but awesome travel website for years, and more recently they have put out some compelling travel books. From travel guides to coffee table books and now Not-For-Parents books for kids, their products are high quality and very engrossing. Plan a trip, learn something new, or just dream about destinations still to visit. Prices vary

Unicorn Thinks He’s Pretty Great Goat’s got a pretty good life, until that show-off Unicorn comes into the picture. Goat is jealous of Unicorn’s ability to fly and dance and turn things into gold. But wait until Unicorn gets a load of what Goat can do! Unicorn doesn’t think he’s so great, but he sure thinks Goat is. Together they make an awesome team. $15.99

The Day the Crayons Quit This gorgeous book by Drew Daywalt and illustrated by Oliver Jeffers tells the story of the day a boy named Duncan went to get his crayons but found a stack of letters in their place. Each crayon has written Duncan a letter complaining about their overuse or lack of use or use for all the wrong things. Not only is the book great for crayon-wielding little ones, but big kids and grown-ups will love it, too. $17.99

Hyrule Historia Nintendo and Dark Horse Comics have teamed up for a fantastic omnibus covering the chronology and creation of one of the most beloved video game franchises of all time, The Legend of Zelda: Hyrule Historia. The volume is chock full of Zelda artwork and insights, including a comprehensive timeline of all Zelda games ever released, never-before-seen concept art, and even a new manga prequel to Skyward Sword. In short, if your friends or family are Legend of Zelda fans, they need to have the Hyrule Historia on the bookshelf. $34.99

Animals Don’t So I Won’t For the animal loving child of any age, join Ben as he pretends to be a whole host of animals in order to get out of cleaning his room, washing behind his ears, and going to bed. David Derrick’s imagination runs wild in this magical tale and so will yours. $15.95

I’m The Scariest Thing in The Jungle Go deep into the bowels of the jungle, as a tiger cub and baby crocodile debate which is the scarier of the pair. All is going well until they realize that mom is not around, and a shadow is looming. $15.95

Scanimation Star Wars Book Maybe you remember this post from GeekMom.com about the intriguing products that are coming out of a company named Eye Think, Inc. All of their products work by optical illusion, including a whole line of board books with ‘moving’ pictures. You may have seen the book Gallop on the library shelves, with moving animals, and now there is a Star Wars version for the fan in your house. $11.76

“Back to the Future” 30th Anniversary Trilogy Blu-ray

Am I Different? — On Claiming Identities 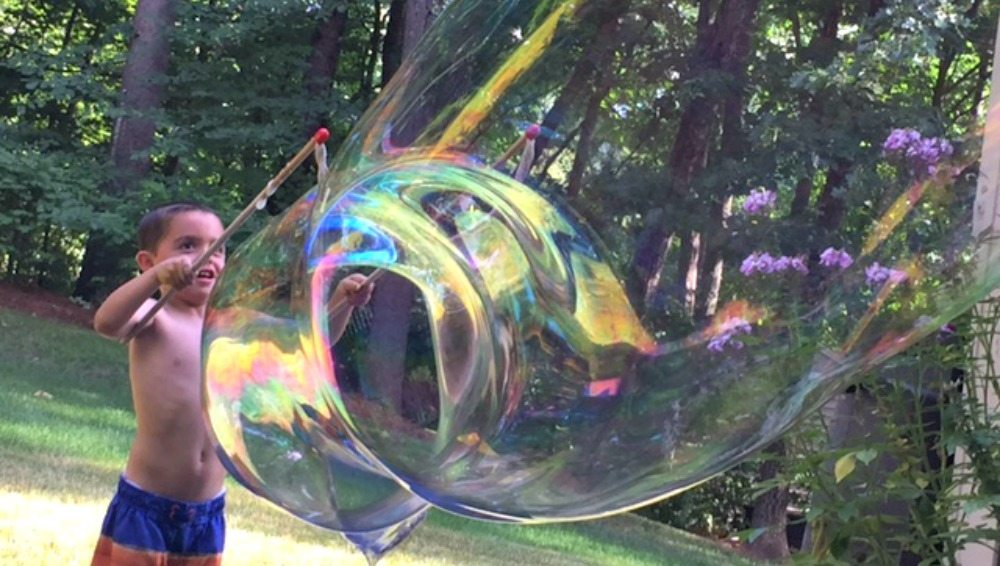