Happy Comic Release Day! Welcome to another installment of GeekMom Comic Book Corner, where we recap our adventures in comics for the week. This week, I dive into the latest Marvel Season One title, while Corrina checks DC Comics Justice League of America, Green Lantern:New Guardians and Forever Evil: Rogues Rebellion. Sophie gets us up to date with X-Files Season 10 and Melody gives us a look into her daughter Ella’s pull-pile with Monsters Are Afraid of the Moon. For our manga lovers out there, Rebecca clues us in on Happy Marriage.

Dakster Sullivan — Thor: Season One by, Matt Sturges with art by Pepe Larraz

Marvel Season One titles have been my first comic book experience with many of Marvel’s characters. Thanks to Avengers vs. X-Men, I was familiar with Thor, but there were still some pieces of his puzzle missing.

Thor’s origin story in this issue is more about self-discovery than action and thrills as we watch an arrogant Thor get tricked by Loki and thrown out of Asgard by his father.

This graphic novel included many pieces of Thor’s story but the part I found most interesting were the details of Thor’s life on Earth and how he came to return to his home of Asgaud. Seeing Thor as crippled human Doctor Donald Blake, leaving a big name hospital and starting his own community clinic really made him feel like a hero, even if he was lacking a cape.

A bonus for the ladies is Thor / Donald Blake is drawn just as nicely on the eyes as Chris Helmsworth is.

The violence and language are kept pretty PG, so I feel comfortable recommending this for anyone 10-years-old and up. Of course, Marvel lists it as 12 and up, and part of the fun of being a parent, is making that final judgement for yourself.

If you’re a casual reader of DC Comics, these issues aren’t going to be your way into the DC Universe. If, on the other hand, you’re reading DC’s Forever Evil event or Lights Out, the reworking of the Green Lantern myth, JLA and GL: New Guardians are essential.

JLA finally gives us clues to the fate of the supposedly dead heavy hitters of the DC Universe: Flash, Superman, Wonder Woman, Green Lantern, and Shazam. The Crime Syndicate, their evil alternate universe doubles, claims they are dead but this story reveals the heroes are stuck in a prison that makes them relieve their worst nightmares over and over. Stargirl and Martian Manhunter seek a way to free the heroes and themselves from this strange world as Manhunter travels from one individual prison to another. He’s joined by an odd version of Firestorm, who may or may not be what he seems. Mahnke’s art shines, especially as doors open and close into the different worlds/hell of each hero. Flash, vibrating too fast, is incredibly kinetic.

I have an issue with Wonder Woman’s version of a prison/hell, however, as she’s in a continual fight to either free one of her two current loves, Superman or Steve Trevor. First because I dislike the way Wonder Woman’s “warrior” side seems to be all that’s emphasized in recent stories, and second, because her hell is connected to her romantic interests, rather than any of her own personal struggles. Flash is worried he’s doing things too fast or not enough, Shazam is letting his inner child take over to smash things, Green Lantern feels like he should live down to everyone’s worst opinion of him, and Superman is trapped in guilt for what he hasn’t done. But Wonder Woman is focused on her loves, not on her inner self.

It was very nice to see Stargirl in this series, and the ending seems to promise she’ll be essential to whatever happens next.

GL: New Guardians is one of those epic stories in which everything seemingly has been destroyed and then help comes from unknown mystical entities who never explain themselves. In other words, Kyle Rayner (White Lantern) is someone who’s put on the One Ring, while the entities controlling him are ultra-powerful versions of Sauron, though these entities claim they can help the Lantern corps fight an enemy that’s already destroyed their homeworld. The story has little of the annoying Hal Jordan (who seems to be a one-dimensionally hot-tempered type here) and lots of Kyle, it works well, and should have readers of the saga eagerly awaiting the next chapter.

As for the Rogues book, it’s well-written and well-illustrated but the appeal seems limited to those already fans of Flash’s entertaining Rogues Gallery or those who love a good villain/villain fight. Flash’s Rogues have always been full of redeeming values and here’s their chance to be heroes of a sort as they’re dumped into a Central City ravaged by the events of Forever Evil and without the protection of the Flash. They free captured cops, visit a sick relative in a hospital, and refuse to follow the orders of a more brutal group of villains. Battle ensues.

I wanted to share just one quick review of a short story I recently read to Ella. It being October, we are still on the topic of Monsters and all manor of things that go bump in the night. We found in her collection Monsters are Afraid of the Moon by Marjane Satrapi. She is most famous for her Persepolis series told in graphic novel format. That book is an autobiographical story of her family and her life during the Iranian Islamic revolution of 1979, and was also made into an animated film in 2007.

This 32-page book is a much simpler tale of a girl named Marie and her attempts to keep three bedtime monsters at bay. Coming to the realization that monsters only come out at night, she uses very big scissors and cuts the moon out of the sky. This lunar night light works to keep her safe but there is a cost. With no moonlight, the village cats in the story were at a vision disadvantage. They began bumping into things and ending up in the cat hospital. Unable to catch the village mice, the streets were turned upside-down and much mischief was made. After discovering who took the moon, the king of cats finds Marie and they set the moon back in the sky. In gratitude, the king leaves her a feline bedtime protector and her monsters never return.

After reading this, Ella and I were both happy to see our own cats happy and healthy and grateful that they, too, like to curl up at the end of the bed as protectors. I highly recommend Marjane Satrapi for both her adult and children’s stories.

Happy Marriage by Maki Enjoji is a manga with sexual tension on every page. Interestingly, the two people involved are married from the get-go, but don’t know each other well. Things heat up quickly in this marriage made for financial reasons. Chiwa Takanashi and Hokuto Mamiya are fun characters to watch. They are both trying to make the best of an awkward situation, and try to get to know each other. It’s cute how they are falling in love, and trying out their physical relationship so slowly, and yet are already married. A twist on the regular romantic comedy. For adults. Find it on vizmanga’s website!

The X-Files #5 concludes the Believers arc that has opened Season 10, but considering the nature of the show, don’t expect events to be tied up with a neat bow by the end. We do get some answers such as why Yellowstone has been so important all along, but unfortunately the actions of the alien shape-shifter on page eight, or more specifically Mulder’s response to it, somewhat spoiled the story for me. Come on Mulder, you know better than that!

There are some fantastic action sequences included that fit nicely with the style of the show during it’s big-budget mytharc episodes, and it’s great to see Mulder and Scully back together, fighting side by side and defending one another as all hell erupts around them.

One thing I did really love about issue five was the ending. The cut back to an OPR hearing at the J. Edgar Hoover Building is absolutely perfect for the show; I could actually see the edit as it would have appeared on screen thanks to Michael Walsh’s artwork that perfectly mimicked the look of those scenes.

The dialogue here was some of the best in the season so far; I heard Scully’s lines clearly in her voice and her final monologue was just flowery enough to masquerade as some of Chris Carter’s infamous purple prose. One final thing I loved was page 16 which cleverly inverted one of the show’s most frequent tropes – well played Mr Harris, well played! 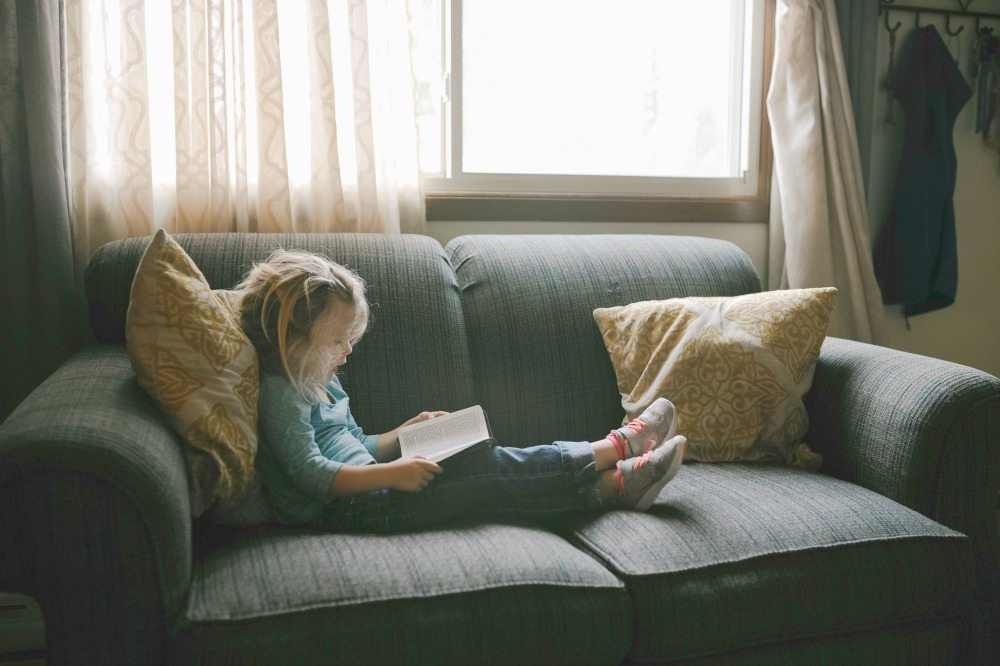 Encourage Kindness at Home with This Fantastic Book

Squid Encounters of the Calamari Kind 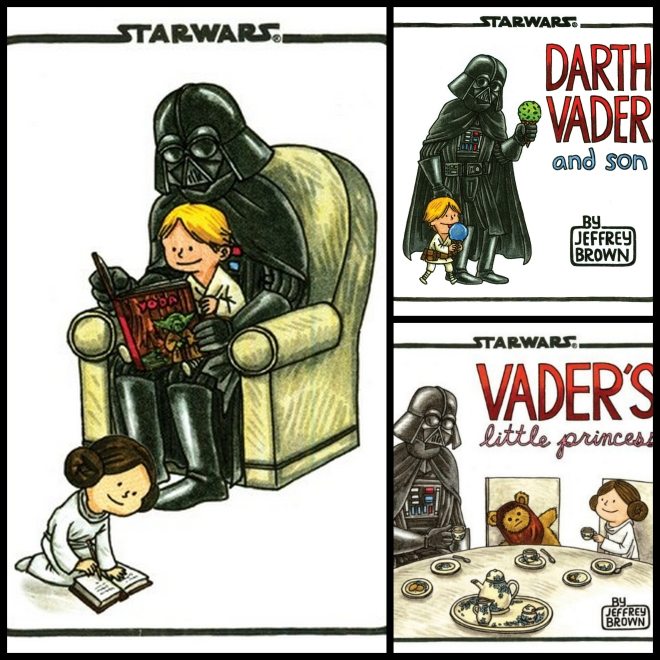