The United States government is on day 16 of the federal shutdown. While this means that 800,000 government workers have been sent home without pay, it has meant significantly more to research scientists that receive government funding. Careers’ worth of science are on the brink of complete collapse, simply because the U.S. government has shut its doors. [Editor’s note: As of last report, it appears Congress is finally ready to make a deal that will re-open the government. Assuming the vote progresses as expected, the scientific fallout from the shutdown will become more clear in the next few days/weeks.]

You might be surprised to learn about some of the government funded research programs that are in peril.

Antarctica, one of the most remote locations on the planet, will also be one of the most thoroughly effected by the United States government shutdown. You might not know that there is no indigenous people that live anywhere on the continent of Antarctica. Instead, the massive continent is populated by only a couple thousand international scientists. Most are only in Antarctica during its summer field season, which only lasts from October to February.

The vast majority of Americans who are lucky enough to visit the bottom of the Earth have received research grants through the National Science Foundation. The National Science Foundation receives its funding from the federal government, and has announced that it has run out of money and cannot afford to open three of its Antarctic bases for the 2013-2014 summer field season. The NSF has already sent support staff home from the ice and turned scientists around that had been starring to arrive for the season. Some were turned around just as they reached the ice for the first time.

This government shutdown isn’t just a freeze on research; it could lead to a complete loss of many research programs. Field research in Antarctica usually entails some combination of harsh conditions, very short working time windows, the possibility of lost equipment due to weather, and inaccessibility for the majority of the year. Programs that placed equipment last year (or any previous year) cannot collect the past years data, cannot proceed with scheduled maintenance, and will possibly lose their equipment under extreme snowfall or icy conditions.

This week I interviewed Heather Buelow, a friend and antarctic field researcher. She explained what the shut down means to her and her doctorate dissertation, as well a the work of her collaborators.

I’m a second year doctoral student. I specifically applied to my advisor’s lab because studying microbial life in Antarctica was a dream of mine. Last year (2011-2012 field season) was my first season on the ice, and it was absolutely a dream come true.

While I was in Antarctica doing field work for my advisor’s projects, I would also spend time writing research proposals, seeking funding to begin my own research projects the following season. I was awarded a fellowship by the New Mexico Space Grant Consortium (NASA EPSCoR) to begin a project that seeks to characterize Antarctic microbial activity, and also ties in with another love of mine: astrobiology. (Antarctic environments are often cited as excellent terrestrial analogues to other planets.) I hope that my research will contribute to both microbial ecology and astrobiology.

However, the shutdown has thrown a kink in the deployment schedule, and we won’t know how bad it is until the government reopens. Many people who maintain the research stations have already been sent home from the ice, and they would need to be brought back to accommodate scientific crews. I was supposed to deploy on October 21, but that seems impossible now. My lab group continues to hope that there will only be a delay of deployments, and not a complete field season cancellation.

This season, I was supposed to do field work for 4 projects: my own, my advisor’s, and 2 different collaborators’. All of these projects will factor into my doctoral dissertation, and each project allows me to gain experience with different sampling techniques in extreme environments.

If the field season is delayed, our research window will likely be cut short. (I’ve already had to start thinking about the minimum amount of field time I’ll need to accomplish different projects.) However, if the field season is too delayed–or worse, cancelled–it will change everything. My dissertation focus will change significantly if I’m unable to work on the projects I’ve already spent months preparing for. The fellowship I was awarded is good for one year, meaning I’m supposed to carry out my research within that time frame. A field season cancellation, or even too much of a delay, would make that impossible.

That being said, I know that NSF is eager to ramp up operations as soon as possible, and is fully aware of the ramifications that a cancellation would have on students and research in general. I believe they will try to restore our planned activities and schedule as much as possible.

The National Institutes of Health (NIH) are known for their breaking edge research on a myriad of healthcare topics. Since the government shutdown, the NIH has been forced to send most of its workforce home to wait till there is funding to pay them. Unfortunately, when you are dealing with live animals or extremely ill patients, time isn’t on your side. NPR reported earlier this week that thousands of mice used in diabetes, cancer, and Alzheimer’s research will likely have to be euthanized due to the government shutdown. Some of the mice will be killed simply due to overcrowding, but more heartbreaking are the mice that will be euthanized because it is impossible to maintain certain lines of genetically altered mice without constant monitoring by scientists. Also, most federal scientists have been banned from their own labs since October 1st–even the few that have attempted to return to their research have found their security key cards completely inactivated.

Every week, about 200 new patients–including sick children–begin NIH clinical trials. Due to the government shutdown, the NIH has been forced to stop accepting all new patients into its clinical research programs. For example, Michelle Langbehn was expecting to start an aggressive clinical trial as a last attempt to fight her battle with sarcoma as she had exhausted her body’s ability to withstand any additional chemotherapy. Instead of fighting for her life, Michelle has been spending her precious time left with her young daughter and advocating for the government to reopen so that all of the clinical trials can get back on track before time runs out. NIH has made exceptions to allow only 12 patients with immediately life-threatening illnesses, mostly cancer, into research studies since the beginning of the shutdown.

The massive radio telescope array, Smithsonian National Observatory, is used on a nearly constant basis to map stars within the Milky Way galaxy. Scientists like Mark Reid combine three or four seasons of data to triangulate stellar positions to an incredibly high accuracy. Even with a relatively short government shutdown (in comparison to stellar life cycles) every star that has been observed the last two or three seasons that were scheduled to be observed has to start fresh, and years of data are meaningless unless they are collected in ways that reduce as many variables as possible.

Over 97% of the NASA workforce has remained furloughed without work or pay since the beginning of the shutdown.  While the Hubble Space Telescope has remained in in data collection mode thus far, its successor, the James Webb Space Telescope, has been forced to suspend all testing that was planned. This is particularly unfortunate since the main instrument module and three instruments had just started a thermal vacuum testing campaign which finished its initial month of chamber cooling down to 40K.

The Stratospheric Observatory for Infrared Astronomy (SOFIA), which is a 747 airplane with a huge infrared telescope onboard, has been grounded since October 1st. There are a number of programs that the grounding has affected, but none greater then the new research involving Jupiter’s icy moon Europa.

If you are looking for educational information from the NASA website, you are redirected to the following notice, “Due to the lapse in federal government funding, this website is not available. We sincerely regret this inconvenience.” Since there are so many NASA employees who have been furloughed, reliable information has been hard to come by since there are  no public relations officers working to confirm or deny rumors of ongoing changes in the current status of programs that were allowed to continue on a skeleton crew. Many non-PR employees who might have the latest information were asked specifically not to speak to the press in any official capacity while on furlough.

The programs that I have pointed out above are just a small number of affected scientific programs by the U.S. government shutdown. Without getting politics involved, I can only hope a resolution is found by Congress as soon as possible, so science research can be salvaged. If you are interested in doing something to help, call your local Congresspeople and let them know how important all science is to our nation. Science needs funding and our government needs to reopen.

First Time at the Movies! 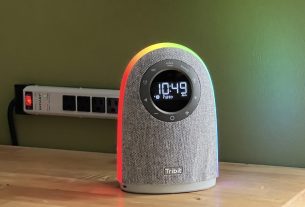