I’ve been a fan of giant bean bags since a friend brought over a LoveSac to sit in for outdoor movies. If you haven’t tried one of these newer sorts of bean bags, they aren’t the mediocre (but still enjoyable) bag you had in your room in middle school that eventually leaked tiny foam pellets everywhere. There are several brands of quality, large bags on the market now, including Sumo, which sells a variety of bags in shapes, sizes, and colors, and I’ve been trying out their new Emperor chair.

The Emperor is 55″ x 25″, and don’t underestimate how much of your living room 55″ is! (That also means that when it arrives, you’ll have an enormous box for the kids, and everyone knows there is no greater toy for kids than Giant Box.) I have the Emperor in a room that already has a 60″ round chair in the adjacent corner, so they balance each other nicely. While we’re talking decor, it helps if you like red, as that’s the only color the Emperor comes in. Conveniently, I rather like red.

It’s not exactly what you think of as a bean bag. The site describes it as having “special Sumo fill,” which means it feels more like an enormous squishy pillow than a bean bag—you don’t feel those tiny balls inside. (Or hear them!)

The outside is a soft, fuzzy nylon that vacuums well, but it also does attract all of the fuzz, dirt, and quite likely pet hair (I don’t have any furry pets, but I think it’s a safe assumption) that comes nearby. This fabric isn’t well-suited for outdoor use, but it’s perfect for a gaming chair, a very large pet’s bed, or a place for a couple of kids to snuggle together with a book or a tablet, which has been its regular use when I’m not sitting in it. Because of its shape with the sunken middle, this probably isn’t the place you’ll be snuggling with your sweetie—it’s more of a one-adult shape—but little kids? Cram ’em in.

For the last couple of weeks, I’ve essentially used the Emperor as my office. I work from home, and even when I sit in a regular chair, I put my laptop in my lap. In fact, I’m writing this very post while sitting in it. Somewhere an ergonomics expert is crying, but I’m comfy. I’ve napped in it curled up like a cat. My kids… well, my kids may have been eaten by it:

You sink into the button-like center of the cushion, and I enjoy the way the sides collapse a bit around me. One night one of the kids left a Yoda pillow in it, and I’ve found him to make quite the lovely headrest accessory. Over those couple of weeks of use, the side that has been declared the front—the part where my legs lie all day and where everyone gets in and out of it—has started to flatten a bit, which wasn’t too surprising. You can see the difference between the photo above, which was taken the day it arrived, and the one at the top of this post, which is how it looks now.

The Emperor rings up at $249, which sounds a little crazy if you’ve not looked into purchasing enormous quality  bean bags, but it’s on par with the competition.  Sumo does offer a one-week return/refund policy if you don’t like it, though if you return it there’s a 15% restocking fee, and you pay the return shipping. But if you’ve decided you’re ready for this sort of seating, the Emperor is a good way to go.

I received this item for review. 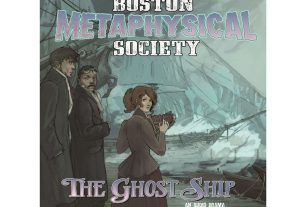