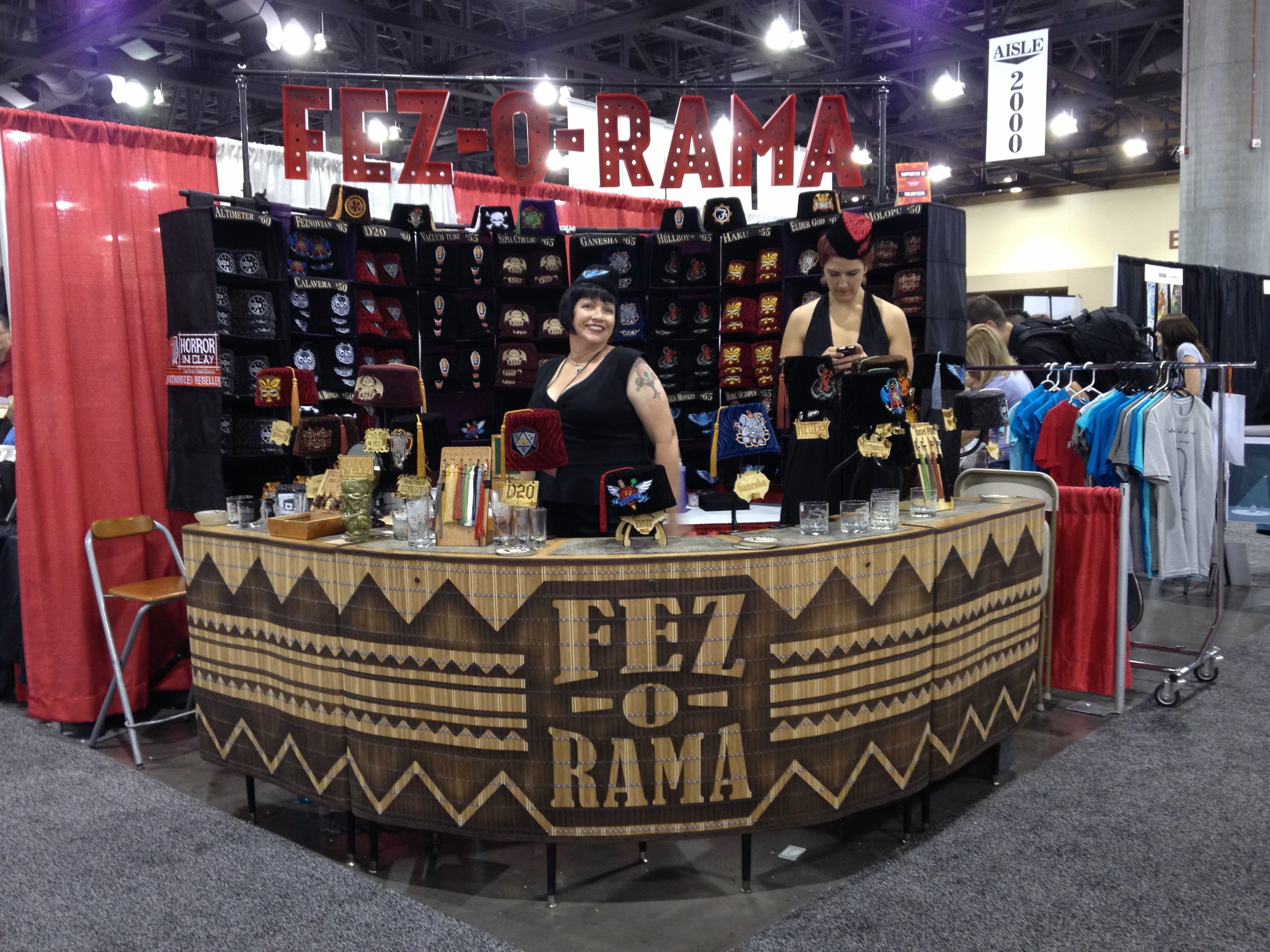 My family and I went to the Phoenix Comicon last Friday. It was an interesting visit because we went without a plan, and it was Rory‘s first time at this kind of con. The kids and I had been to this one twice before. But we purposely went for only a short visit this time, and didn’t even crack open the program.

Bad form, I know. But we only really had an afternoon, and I find I get my hopes up to see too many things if I over plan. So I let Rory run the show. Taking kids to panels is sometimes unpredictable, and usually boring for the kids, so our entire experience was the dealer room and people watching. Because it was Friday, the crowds were quite manageable, and we were able to get to all the tables we wanted to see.

We drooled all over the dealer room and the many toys we coveted. We enjoyed seeing T.A.R.D.I.S. after T.A.R.D.I.S. We had fun trying to identify some of the costumes. Rory educated me on those that were obviously aimed at a different generation from mine. Everyone except my daughter bought something.

It was obvious to me that some people went to Comicon just to be seen. They put a lot of effort into their costumes, and they relished taking photos with those who appreciated those efforts. But there were plenty of folks there who, like us, were all about the seeing, not the being seen.

It was great fun to window shop, and to catch a glimpse of famous people. But without hitting any of the panels, the con was a bit of a letdown. I realize this is our own fault, but I feel like there should have been more to do. The first time I went to the Phoenix Comicon, it was held at a smaller convention center in a different part of town. There were a lot of additional activities that we discovered serendipitously, especially activities for the kids. Wandering at the big Phoenix Convention center didn’t turn up anything new or surprising.

We did have spurts of great enjoyment, however. We took pictures with a Dalek. We ran into a couple of friends. Rory talked to some guys at the SCA booth. And… we just happened to run into Wil Wheaton. Not literally, but we were almost that close. He was buying a hoodie. We waited patiently, and then greeted him telling him that we write for GeekDad (and GeekMom). He actually shook our hands. I know that this is incredibly rare for him, since he is very cautious about touching people at cons, being especially susceptible to the con crud. So I’m not sure if we just caught him off guard, or if he just wanted to shake our hands. He even remembered the amigurumi ninja that I gave him three years ago, the last time I met him. He says it’s still on his bookshelf! 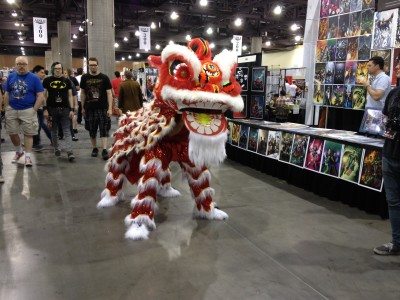 We missed a lot of the programming and excitement, but we would have had to brave much, much larger crowds to be a part of that. This year I was content with just browsing and people watching. Especially if this is something you’ve never done before, even just that much is worth the price of admission. But it’s an even better value if you want to turn your whole weekend over to the con. In this case, though, it’s better to leave the kids at home.

In general, for a smaller con that can still pull in some big names (e.g., Wil Wheaton, John Barrowman, Grant Imahara), the Phoenix Comicon is pretty decent. One just has to manage their expectations. Being around your fellow geeks is apparently supposed to be half the fun.

Note: You can read Rory’s account over on GeekDad.

I received a media pass to attend this event.