After trooping more than 50 events with the 501st Legion, I’ve come to realize a few things. The first thing is that most people don’t know the difference between a stormtrooper and a clone trooper. The second thing is that just as many people don’t know the difference between a tie pilot and Darth Vader. To help those who might find it all a bit confusing, I’d like to help you out. I’m not going to go into to much detail about their history, just what they look like so you can tell the difference if you ever run into one.

First up, is Stormtrooper vs. Clone Trooper

Stormtroopers appeared in Star Wars Episodes IV thru VI. The most popular version wears all white plastic armor (usually shiny) and have buttons on their ab plates (typically black, blue, or both). The helmet they wear is pretty unique as well.  A stormtrooper’s eyes are separated, where as the clone troopers have a one piece visor. Some of the different variations of stormtroopers include the sandtrooper and stormtrooper commander. Regardless of the variation, stormtroopers are all bad guys and serve the Empire.

Clone Troopers were first seen in Star Wars Episode II, as well as in Episode III.They are currently a major force in the Clone Wars Animated Series. In terms of their body type, clones are much more physically defined than the stormtroopers and are never shiny. Clone Troopers range from the all white “grunt” to ARCs to ARFs. In short, these guys have so many variations and colors, you need a dictionary

to figure them all out. The armor I wear is from the animated series (and no, I’m not Captain Rex). Clones can be considered to good or bad guys, depending on the part of Star Wars history they’re from (my clone is considered one of the good guys).

As you can see from the picture, there are several major differences between the two. Most of the time, younger kids will know a clone trooper from a stormtrooper, because their generation has grown up with the prequels and the Clone Wars TV show. From personal experience, I get called a stormtrooper by more adults than children (and my son is really quick to correct them).

Next up, is Tie Pilot vs. Darth Vader

There was a time when I was confused by people mistaking a tie pilot for Darth Vader. Then someone explained it to me….they’re both in all black and have light up boxes on their chest. OK, maybe I’ll cut some people a break now (not really, but I’ll pretend to).

Tie Pilots wear a flightsuit that is typically made of a cotton material. They may or may not carry a blaster, but they NEVER carry a lightsaber. Their chest armor box is much larger than Vader’s and they do not wear a cape. Their pants are tucked into their boots and they have no shin armor. Overall, they have physically less going with their uniform.

Darth Vader’s helmet is more of a Samurai Warrior style and has no hoses coming from it. His weapon of choice is a lightsaber with a red blade and depending on his mood, might force choke those who irritate him. You will never see him without his cape or carrying a blaster. His boots are tucked into his pants and he has shin armor (though that might be getting to technical). Physically, Darth Vader has a lot more going on with his outfit than the pilots.

So, as you can see, stormtroopers, clone troopers, tie pilots and Darth Vader are all very different from each other. They might have a few things in common, but they are by no means the same.

This has been a public service announcement by a clone trooper of the 501st Legion, who was once called a stormtrooper so many times in one  night, she got started to get confused herself. 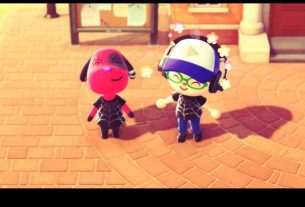 Planning a Virtual Animal Crossing Party for the Pandemic Holidays

IEPs, CSEs, and My Twice-Exceptional Kid