A terrific introduction to Daredevil, this comic is great for old fans wanting to catch up with Matt Murdock or for someone who’s never read the character. Amazing art by Khoi Pham and a great script by Mark Waid that highlights all of Daredevil’s abilities without being showy. If you read this issue, you’ll understand everything Daredevil is about.

Last Wednesday, Avengers vs. X-Men #1 was finally released. For a first issue, it was really exciting! The issue hit the ground running at lightning speeds into the story surrounding the fight between the two teams.

The first half of the issue centers around a supposed attack on Earth. After the dust settles, we meet Nova and realize it wasn’t an attack at all (you learn more about him and why he crashed into Earth in Avengers vs. X-Men Infinite #1). The story switches gears and we see Captain America and Iron Man standing in front of the U.S. government discussing the imminent return of the Phoenix power.

The second half of the issue is more about dialog between the main characters than action. Captain America has separate conversations with both Wolverine and Cyclops. We learn that while Cyclops views the Phoenix as a chance to revive the mutant race, Captain America considers it a threat to the entire planet.

The conversation between all the characters makes me wonder just how much any of them really know about what is going to happen. In the first few pages, we see the Phoenix destroying entire planets on its way to Earth. That makes me think that Cyclops’ hope for a mutant rebirth is a pipe dream. Knowing a little bit about the destructive powers the Phoenix possesses, if Captain America thinks that simply taking Hope into protective custody will keep the Phoenix at bay, I think his helmet might be on too tight.

With the words, “Avengers Assemble” we are left wondering…what will happen next!

Avengers vs. X-Men #1 also marks the premier of two new Marvel technologies. The first is Marvel AR. After downloading the app to my iPhone and iPad, it looked pretty simple to operate. When you come across a page in the comic that has the AR logo, you hold your device over it and the app will locate the content related to that page/frame. The comic book comes to life on the screen of our device. At first I tried it using my iPhone, but the screen is way too small to read any text that comes up. It was a little awkward, but once you get the hang of it, it’s really cool.

“The uniqueness comes from the fact that [Infinite Comics] uses tools that the digital medium offers, but it doesn’t reinvent comics so completely that they become something other than what they are,” continues Quesada. “If anything, outside of the great smell of ink on paper and the holding of a physical comic book, the Infinite Comics technique, I feel, enhances what a comic book can do without changing what makes comics great.”

The first issue centers on Nova and his crash landing on Earth. This little side story added a lot to my AVX reading experience. Personally I found the first issue beautifully done and exciting to read. A small part of me felt like it was way too different from my regular comic book reading experience. It was almost like watching a movie with comic book bubbles. Afterwards, I realized how cool it was overall and I read it again.

Overall, it was a great comic book experience. Avengers vs. X-Men #2 comes out next week and I can’t wait to see what happens next! 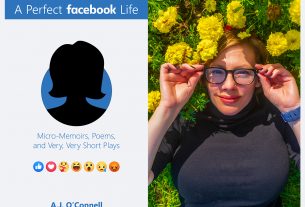