One of the cons I look forward to most is PAX East because it focuses on all kinds of games. It doesn’t matter if you favor PC, Xbox, or Wii, or board games, RPGs, and card games. If you’re a gamer, then this is your con. In its third year it was even better than ever, despite being held on Easter weekend. Yeah, that was a bummer. It meant packing three days of gaming into two for many of us, but we managed. Who cares if the Easter ham was nearly burned or you completely forgot to put rolls on the table for lack of sleep. We came, we saw, we played all the games!

I got some hands-on time with a few titles that haven’t yet seen the light of day but have me incredibly excited. Rock Band Blitz, due out this summer, was an absolute riot. If you love Rock Band but lack the coordination to play the drums or guitar without embarrassing yourself, then you need to give this one a try. You hold a regular controller and just need to press two keys. That’s it. I didn’t want to hand over the controller to the next guy in line, but he had a wicked looking cosplay sword so I decided to let it go.

There were also a few early release things you could go home with, like the Munchkin The Guild! booster. Yes, I bought one. No, you can’t have it. It’s got 15 cards with all your favorite characters and artwork by Len Peralta, the guy behind the Geek A Week trading cards. They say this won’t be out until May so you just have a bit longer to wait before you can use your +1 Sexterity.

And although I never cosplay, I love seeing costumes that look like they’ve walked right out of a book or screen shots from my favorite games. There was an R2 unit rolling around with two little kids dressed like Leia and Obi Wan that were the cutest cosplayers ever. But some of the most impressive efforts this year were straight out of Mass Effect which makes me wonder, who’s fighting the Reapers if these guys were all hanging out at PAX East?

My favorite part of the con? The people. Striking up random conversations while waiting in lines, jumping in to demos with strangers, talking about how much we can’t wait for this or that to be released and which vendor has the best deal on the game we’re about to purchase. The people are what make it all fun. More than any other convention, this one makes me sad when I leave. It’ll be a whole year before I get to hang out with people, who, just for a weekend, are like long lost friends. I’ll be there next year. What about you?

Check out all my PAX East pictures including the complete Munchkin The Guild card set. 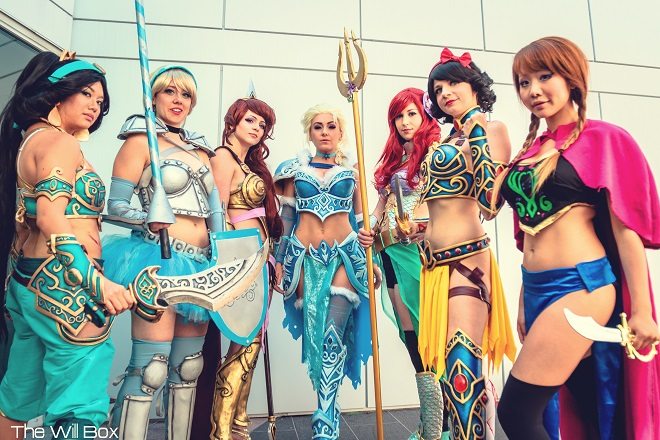 Doctor Who: Closing Time – A Recap

2 thoughts on “Games, Cosplay, and The Guild at PAX East”