Throwing a first birthday party is usually a festive affair, filled with balloons and cake and presents. When our first son turned one we centered the whole party around his favorite stuffed animal, a Paul Frank Monkey

. We knew we wanted to do something different for our second son’s first birthday party, something that even adults would enjoy. We thought about all of our family’s favorite things, one of them is music, specifically classic rock. Our family loves the Beatles. Both of our sons had Beatles songs that we sang them in utero and we even filled their nurseries with lullaby renditions of The Beatles

while they slept. It seemed natural to pick The Beatles as a theme for our little boys first birthday party.

A Beatles themed party was a perfect for kids and adults alike. Everyone had so much fun no one seemed to notice that we had stuffed over 35 people into our tiny townhouse in the middle of the summer. When I started planning this party, I only had one specific planned out, I wanted my son to wear the Beatle’s 1 album onesie for the party. It couldn’t have been more perfect and didn’t require any customization. (Let me just point out I hate buying clothes for my kids that they can only wear once, so the Beatles onesie was a perfect choice, because it didn’t scream “birthday party”.) I also grabbed an inexpensive “after cake” shirt from Target that was also Beatles themed.

After the birthday boy attire, my second bit of inspiration was learning how to tie-dye fondant. I used the tie-dyed fondant method to create a colorful bottom layer to the two layer cake. The top layer was an all red layer with the Abbey Road

silhouettes. The silhouettes were made from edible paper designed for die cutting. The topper was a hand made replica of the number 1 off of The Beatles 1

album cover out of colored white chocolate and sprinkles. It was an amazing chocolate fudge cake, filled with mint ganache, covered with marshmallow mint buttercream, then a thin layer of fondant. It looked amazing and held up to the July heat.

After the attire and the cake, the rest of the party was a blast to put together. My husband rented a projector to hook up to our Wii

, so that we could dedicate our entire basement to The Beatles: Rock Band

. Everyone got into it and gave a lot of the teens and dads something more interesting to do then sit around chatting with me and my mom friends.

We didn’t do party games, because we didn’t need to, everyone had a blast. We borrowed a small bounce house from a friend and the little kids all got a chance to Jump

like the Beatles. There were bubbles, music and enough friends to make any kids party a blast.

I will admit when it came to food selections I needed a bit of inspiration. I pulled up the list of Beatles songs and circled anything that could even possibly relate to food. What we ended up with was this:

Decorations for a Beatles party are easy and endless! When we invited everyone we told them to wear their favorite Beatles gear, tie-dye or Union-Jacks. Everyone looked awesome! We did simple decorations around the house, made sure we hung our Beatles pictures prominently (we have many). We decorated with bright rainbow colored paper lanterns outside under our umbrella and in our kitchen. We decorated liberally with a rainbow of  fabric gerber daisies. I bought a handful of old vinyl records at Goodwill that were already ruined. I used some of them to make signage for the bathrooms and food choices, and  the rest of them I made into vinyl record bowls. (They make for great give away’s at the end of the party!) We handed out beads, temporary peace sign tattoos and hippie rubber duckies

for the older kids and Ty-Dyed Teddy Bears

for the littlest kids (less than one year old). Finally, I had handmade yellow submarine lollipops

out of chocolate to give everyone as a favor for joining us on Liam’s big day.

All in all it was the best party I’ve ever planned and it turned our fabulously. It was SO much fun, I would do it all again in a heartbeat, and might considering this is a great theme for any age! I am so glad that we really showed our geeky personalities in our youngest son’s big day. 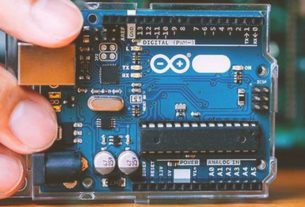 A Peek At A Lego Mini Figure’s Innards

Pink Floyd, A Beautiful Pictorial of a Legendary Band