A couple weeks ago, EA invited me to get a sneak peek at the new video game for Harry Potter and The Deathly Hallows Part 2

. As I sat down to the demo, I had to admit that I haven’t played one of the EA Harry Potter games since Prisoner of Azkaban, which, at the time I played it, left me a little cold.

It looks like they’ve learned a few things since then. For one thing, Deathly Hallows Part 2, as you know, is full of battles. Serious, epic battles. For the latest game, they focused of fluid key combat. This new spell-casting system is one of the biggest changes from the previous games. There are button assignments for spells that stay the same throughout the game, so as you progress you can really get familiar with using the different spells, particularly the high-utility ones. In many cases, you have to use spell combos. For instance, you might have to strike down an enemy’s Protego spell before you can fire off something stronger.

You can also play as eight different characters as you try to save Hogwarts and defeat Voldemort: there’s Harry, Ron, and Hermione, of course, but you can also play as Ginny, Seamus, Neville, Professor McGonagall, and Molly Weasley. (And don’t we all want to be Molly Weasley in one pivotal moment?) This is perhaps what I’m most excited about. The books are done, the movies are done, but playing as these different characters offers some comfort and satisfaction for the bleak Harry-Potter-less future.

It seems EA has also learned from what is often the downfall of games based on movies – the overuse of cut scenes. Instead of passively watching the major plot points unfold, they’ve thought about ways to bring you into the action. They showed me the gameplay surrounding the bridge outside Hogwarts, and having now seen the movie I understand just how cool this scene is. Instead of just watching it unfold, you play as Seamus and Neville protecting Hogwarts. It’s like video game fan fiction.

The game looks terrific, as you’d expect. In fact, you may see (or have seen) a trailer for the game before the movie, which gives you a good sense of the visuals. I found the controls difficult in what little of the game I tried, but that’s likely because it’s been ages since I’ve picked up an X-Box controller. EA has just sent me copies of the game on Wii and Nintendo DS, and I’ll give a full review after I’ve had a chance to play through. We’ll see how it stacks up to my love for Lego Harry Potter. 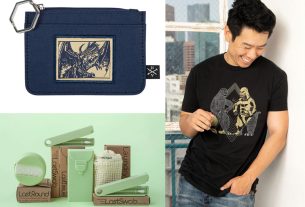