A press release titled “Amazon.com reveals the most well-read cities in America” amuses me the way corporate spin tends to do. In this case, a few statistics mixed with hype creates “facts” that aren’t.

Based on sales of books, magazines, and newspapers in print as well as Kindle format, Amazon concludes that residents of Cambridge, Massachusetts read more than residents of any other large city in the U.S.

That’s the trouble with statistics. As someone (allegedly Charles Wentworth Dilke) said, “There are three kinds of lies: lies, damned lies, and statistics.” Really, the facts don’t say much more than where the most eager Amazon buyers live. That doesn’t explain why people buy more books from Amazon in these places. It may not have much to do with reading.

Perhaps these cities have more college students, a population group well-known for involuntary book purchases in pursuit of degrees.

Perhaps people in these cities do a much poorer job of supporting their local booksellers.

Or perhaps residents of these cities prefer to buy books online rather than patronize their local libraries.

What’s your take on the “most well-read cities”? 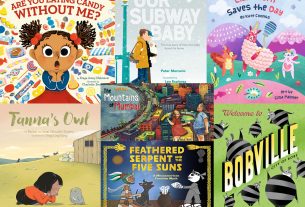 7 Picture Books from 2020 to Read with Your Family

The Tipping Point: Girls, Geeks, Sexualization and How It Starts So Young

18 thoughts on “Most Well-Read Cities?”