I am a voracious reader and am always on the look out for new books that I can read. I tend to gravitate toward the same kinds of books however, and am trying to expand my horizons beyond historical ficiton, vampire novels, and Harry Potter.
A friend of mine recently recommended the Divine series by P.C. Cast. I enjoy P.C.’s House of Night Series

immensely so I thought this would be a safe bet. I borrowed the books and started reading. Once I started them, I was reading long hours into the night. Which of course came back to bite me in the end, but it was worth it. The novels tell a great story.

The series consists of four books, one of which is a prequel/short story entitled Divine Beginnings

. I haven’t read this one and haven’t been able to find a printed copy. It seems to be only available as an ebook. The other books in the series, Divine by Mistake, Divine by Choice, and Divine by Blood, tell the story of a school teacher from Oklahoma named Shannon Parker. An unusual antique catches her eye at an auction, she purchases it, and before she gets home she has been transported to another realm named Partholon. Our world is a mirror of Partholon. There is a doppelganger of everyone, though they by no means have the same personalities. Partholon is replete with goddesses andgods, centaurs, nymphs, and other magical creatures both good and bad.

tells the story of how Shannon is switched with her double from Partholon named Rhiannon, who happens to be the Goddess Incarnate of Epona. Shannon is suddenly thrust into being the spiritual leader of her people and into a country on the brink of an invasion. She must deal with the threat to her new people and fulfill a handfast ceremony with a local shaman, who just happens to be a centaur.

In Divine by Choice

, the next story in the saga, Shannon suddenly finds herself transported back to Oklahoma and being helped by Clint, who is the spitting image of her husband in Partholon. She comes to realize that Rhiannon is still there and up to no good. She and Clint must come together to stop Rhiannon and send Shannon back to Partholon.

tells the story of Morrigan Parker, an orphan being raised by her grandparents. What she doesn’t know is that she is the daughter of Rhiannon, the former Goddess Incarnate. In this tale, Morrigan comes into her own powers while she is looking for a place to fit in and has to decide who she will follow Epona or the dark God Pryderi.

All three novels were heavy on the fantasy but also told excellent stories with well developed and intricate characters. This was a great fantasy read and made me anxious to try more from this genre.

Behind The Hook: The Many Histories of a Pirate Captain 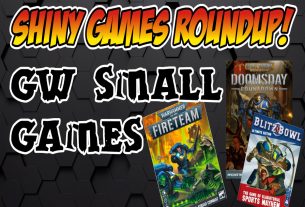 4 thoughts on “The Divine Series by P.C. Cast”