“You know, who tells the stories of a culture really governs human behavior. It used to be the parent, the school, the church, the community. Now it’s a handful of global conglomerates that have nothing to tell, but a great deal to sell.”  George Gerbner

It’s been a long day. You turn on the TV news on to catch up with what’s going on, then get through a few of your TiVo’d crime shows. Maybe tomorrow you’ll help the kids make sock puppets.

But wait, is that glowing screen afflicting your family with some kind of syndrome?

A syndrome said to cause pessimism, fear, and the inability to gauge reality?

You be the judge.

It’s based on the research of the late George Gerbner. His work showed that a heavy diet of violent content in news and entertainment convinces viewers the world is more dangerous than it actually is. Back when Gerbner did the bulk of his analysis, media was a smaller and quieter place. Now we have 24 hour access to news channels, movies, and net content.

Our studies have shown that growing up from infancy with this unprecedented diet of violence has three consequences, which, in combination, I call the “mean world syndrome.” What this means is that if you are growing up in a home where there is more than say three hours of television per day, for all practical purposes you live in a meaner world – and act accordingly – than your next-door neighbor who lives in the same world but watches less television. The programming reinforces the worst fears and apprehensions and paranoia of people.

And those who are convinced the world around them is a highly dangerous and unpredictable place have more than a heightened sense of insecurity. Gerbner found they are more likely to see violence as a solution to problems rather than to reason in more nuanced ways. Fear also drives them to take hard-line political and social attitudes.

Yes, we face realities too harsh for reality TV. But when crime, disaster, ecological devastation, war, and other tragedies are presented as random occurrences nothing constructive is gained. It’s normal to react with anger, fear, and sorrow because these emotions can rouse us to positive action, but we need an option.  Sometimes that’s direct action, sometimes it’s seeking deeper understanding of how to prevent these tragedies.

Problems relentlessly hyped on movies, news, and by pundits—-well, they just seem so pervasive, so disconnected from causes, so impossible to change that we feel helpless to do anything about it. That’s another effect of Mean World Syndrome.

We end up cynical, which is bad for our own health and bad for the planet. We humans are already more likely to pay attention to and remember negatives, a trait that probably helped us to survive in saber-tooth tiger days. But the long progress of humanity has much more to do with our tendency to cooperate, form close relationships, and to care. We are hard-wired for compassion, not for a mean world. 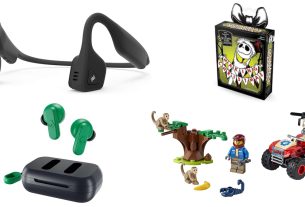