Let’s talk about sex. Yes, again! That’s the thing about ‘the talk’ – you can’t have just one. Because this is a geeky blog, I did a little research into how other geeks have been talking about sex lately, and I discovered something very interesting. The Vlogbrothers do it with animals. Talk about sex, that is.

For the record, the Vlogbrothers are talented, geeky brothers whose shared video blog is chock full of science, music, and frequent examples of nerds being awesome.

Their recent posts about animal sex are embedded below, but before you watch (or run away, cringing), you should know that there’s a lot more to learn from this particular series of videos than the mating habits of giraffes and tortoises. For attentive ears, there’s a vocabulary lesson in there, somewhere. There’s also an unspoken opportunity to discuss the many purposes sex has in nature (reproductive organs aren’t just for reproduction, friends). But watch closely for the two most important take-away messages:

That said, due to images of animal sex and some crude humor, these videos may or may not be appropriate for younger children. Parents should, as always, screen before sharing. And parents, I strongly encourage you to watch them all to the end (if you’re able suppress your giggle reflex).

Gather ‘Round, Padawans (Part Six): The Kid, The Cowboy, The Devil, and Foggy Nelson 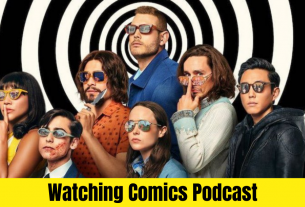 4 thoughts on “Geek Candor: The Vlogbrothers Do It With Animals”