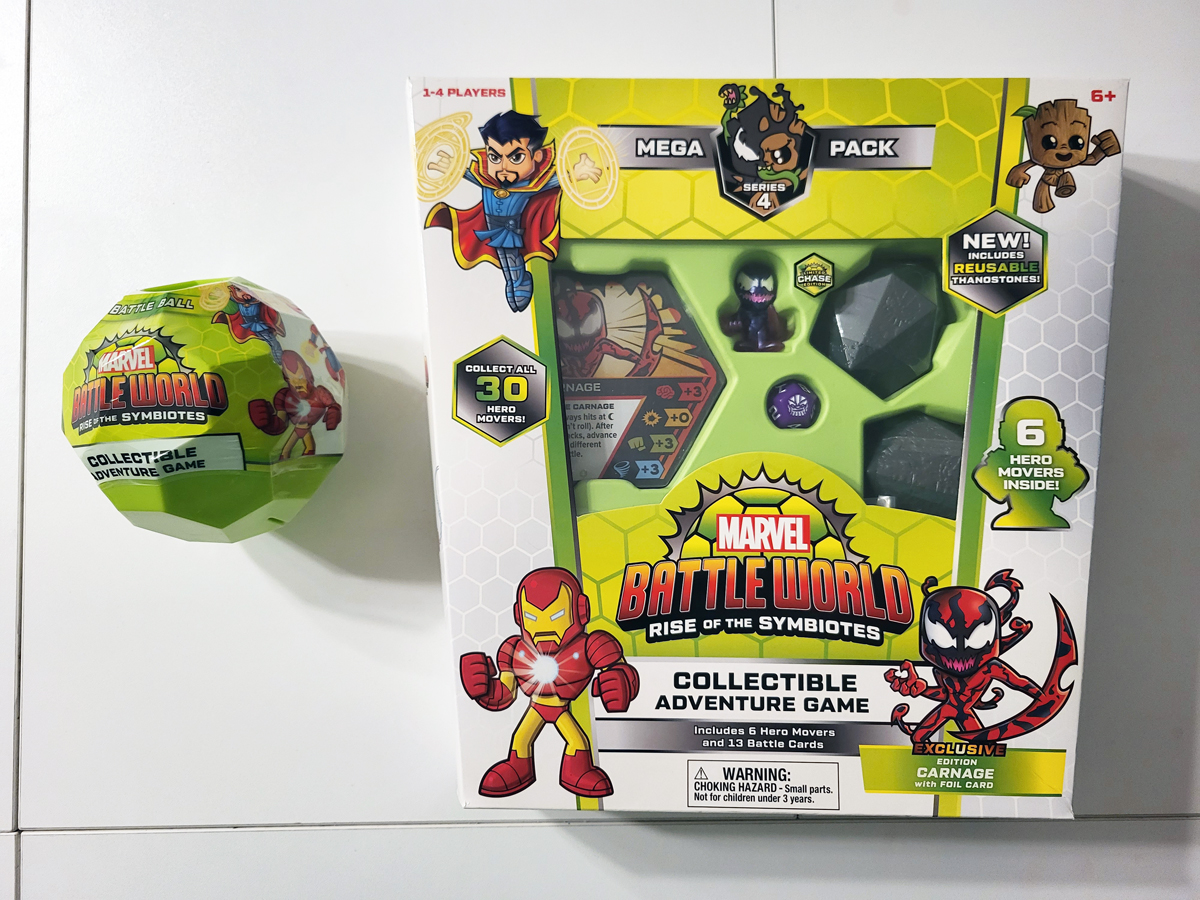 As a family of Marvel fans, we are definitely on the lookout for cool games featuring Marvel characters. Funko Games has become one of my favorite game designers for licensed properties and we have previously gotten to review Series 2 and Series 3 of their Battleworld line. When I learned there was going to be a Series 4, Marvel Battleworld: Rise of the Symbiotes, I knew we had to check it out and Funko Games was kind enough to send us the new Battleworld items for reviewing.

What Is Marvel Battleworld: Rise of the Symbiotes?

Marvel Battleworld: Rise of the Symbiotes is the fourth series of the Marvel Battleworld franchise. It is a collectible miniature game where figures represent a variety of Marvel characters that each have their own stats and powers. These figures are used to defeat various villains. It is compatible with the Marvel Battleworld Series 1 line (Mystery of the Thanostones), the Series 2 line (Treachery at Twilight), and the Series 3 line (Ultimate Armory). The game is intended for 1-4 players ages 6+ and takes around 15-30 minutes to play. The Rise of the Symbiotes line includes a Battle Ball (MSRP $9.99) and a Mega Pack (MSRP $22.99).

Since there are two items in this series, I will break them down separately. As a quick overview, I tend to be a fan of this line and the pieces. I feel like they really optimize enough well-made pieces to create a nice strategy game without being so numerous that it’s overwhelming for kids.

Rise of the Symbiotes Mega Pack with Carnage (MSRP $22.99)

The Rise of the Symbiotes Mega Pack includes the following:

The best part is always the little Hero Movers that include a ton of variants, which of course leads to wanting to collect as many as you can (some are more rare than others). The doubled sided cards do a wonderful job of using colors and symbols to organize all of the information and it’s never been difficult for our third grader to understand any of the information he needs when he’s up to play. My favorite part of this expansion may be the return of the reusable Thanostones. My kids love the surprise factor of which mystery character they pull in a game so the reusable ones help add to that. The tokens and Coin are all thick cardboard that is nicely labeled for its purpose. The symbiote sleeves fit nicely onto the existing cards without being so tight that it’s hard to slide or so flimsy that they’ll be easily destroyed. The artwork overall is fun and has a more cartoon leaning that works well for a game aimed at the 6+ age range. Favorite characters are easy to identify for kids and there’s a really good character variety.

The Rise of the Symbiotes Battle Ball includes the following:

How to Play Marvel Battleworld: Rise of the Symbiotes

Overall, this game takes minutes to set up and learn, so kids can actually figure out play and then get to playing quickly. My kids have run plenty of games on their own too. It is worth noting that the Mega Pack and Battle Ball are the same game with the same rules. The big difference if you’ve played previous versions is that this series adds in Symbiote Sleeves. I would like to note that while each expansion does add a fun play aspect, the ability to add or remove the expansion play features is really quick and easy.

The goal of Marvel Battleworld: Rise of the Symbiotes is to win a set number of battles against Marvel villains based on the number of starting Heroes you have before you lose 3 Battles. This is accomplished with a series of strategy-based attacks using your Heroes’ stats combined with recruiting new Heroes to help you via the Thanostones. The game can be played with one player or cooperatively with a group.

Setup for the game is actually quite easy. Honestly, the hardest thing you need to do the first time you play is punch out some cardboard tokens. Take the following steps to set up your game:

Step 2: Each Player selects their Starting Hero and takes the matching Hero Card.

Step 3: Shuffle your Thanostone Battle Cards in with your Other Battle Cards and place them facedown in a stack.

Step 4: Place the Thanostones (or additional heroes) with their Mystery Cards (or Hero Cards), the Danger Tokens, the Symbiote Sleeves (face down, one per Symbiote Thanostone Card), Attack Die, and Danger Coin Nearby.

The nice thing about this game is that the actual gameplay is pretty straightforward. As I noted before, adding other expansions is easy and doesn’t feel like you are bogging the game down too much.

Step 2: Active Heroes can Attack in any order, but each Active Hero only attacks once per turn. The Hero Mover is placed on any Active Battle Card. An Active Hero does not have to move, but more than one Hero can be on the same Battle Card. Each Battle Card has a number your Hero must match or beat to win, as well as symbols for Attack Types that can be used. Roll your die and then choose an Attack Type from the Battle and add your Hero’s bonus (indicated on the Hero Card) to your roll. Rolling a star always succeeds, while a Thanos face always misses. If your Attack hits, place your Hero on the first blue space at the bottom of the Battle Card (the Hit Track). If your Hero is on the last Hit Track space then the battle is won and the Card is flipped over. If you miss, place a Danger Token on the first red space at the top of the Battle Card (The Danger Track). If your Danger Token reaches the last red space, you have lost. Flip the Battle Card over and place the Danger Token on top of it to indicate a lost Battle. Once you have marked the outcome of the Attack, flip the Hero Card to the black and white side to indicate that Hero is done for this turn.

Step 3: After all the Heroes have attacked, check to see if Danger advances on some Battles. To do this flip the Danger Coin (it has a Moon side and a Sun side). Next, see the result and look for any Active Battle Cards with that symbol on them. A Danger Token is placed on the next open Danger Track space for any Battle that has a symbol that matches the flip result.

Thanostone Battles: After winning a Thanostone Battle, you may claim and open a Thanostone. Place the rescued Hero on any Battle and add the matching Hero Card to your Active Heroes. If you are using a new Thanostone, the number on the stone will match the number of the Mystery Bag with the right card. If you have no new Thanostones, you can select a Hero from your collection or draw a surprise Hero from a reusable Thanostone if you have one of those. This new Active Hero can be played immediately or later in the turn.

Why You Should Play Marvel Battleworld: Rise of the Symbiotes

My overall argument for playing is that it is a quick, fun, cooperative game with a heavy dose of strategy that should appeal to a wide range of ages and skill levels.

The pieces are well made and thought out and I never feel like a Battleworld Series is designed to just slap Marvel pictures on a game and call it a licensed item. It truly is a unique game designed to bring these characters into play with artwork and powers that make sense for the characters. Storage wise, we do still use the Storage Cases from Series 2, and I might argue that Funko Games missed a chance to design a Symbiote styled case, but the pieces also store back into the Battle Balls and Mega Pack as well. There is a lot to be said for a game whose pieces can all be placed in your cupped hands but create so much strategy and thinking.

The cooperative nature of the game makes it a big hit in my house where one kid is ridiculously good at strategy games and the younger is still learning. They play as a team (or I play with them) and there’s some good communication and learning that goes down. Our middle schooler doesn’t feel the game is too juvenile, the third grader doesn’t think it’s too overwhelmingly complex, and I like playing with them. The assortment of characters powers versus whatever villains you pull up can change how the game is played and add in some nice variety. The game still can come down to dice rolls and as usual, the dice giveth and the dice taketh. Our first play in this one we actually lost because the dice seemed to be taking with interest from all the other games we have previously won. It’s an easy game to learn while playing as well.

I generally advise to grab a Mega Pack to be able to play with up to four people from the beginning and then add Mega Balls as you wish to add additional Heroes to your game. If you’re not sure how the game will take off, a single Mega Ball is a pretty inexpensive way to test things out. You can easily gift a Mega Ball per person and then have enough pieces for everyone to play too. The price range of $9.99 to $22.99 makes it a pretty accessible game too. Rise of the Symbiotes and previous expansions can be found via Funko Games. 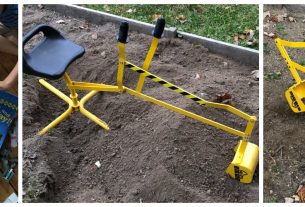 Delve Greedily and Deep With the Big Dig 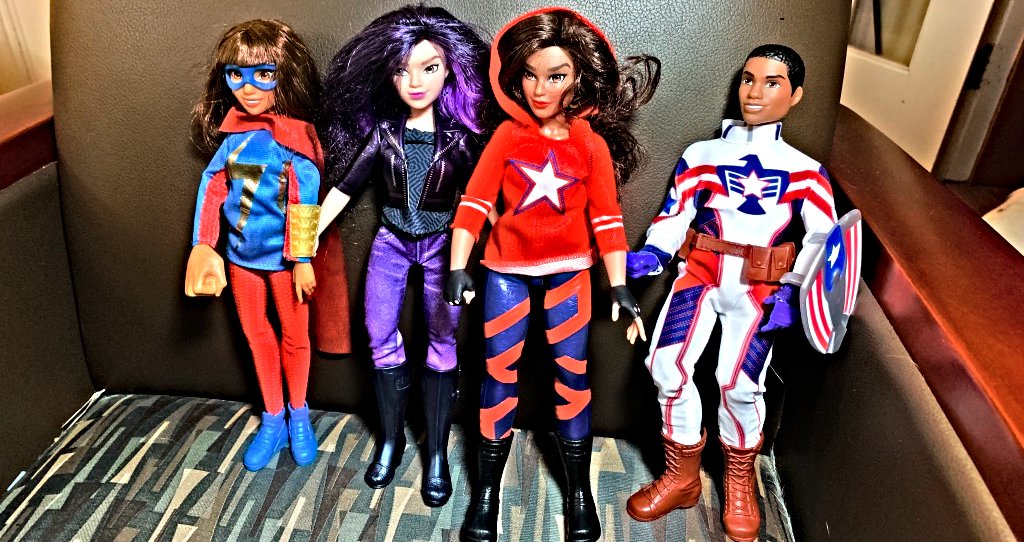