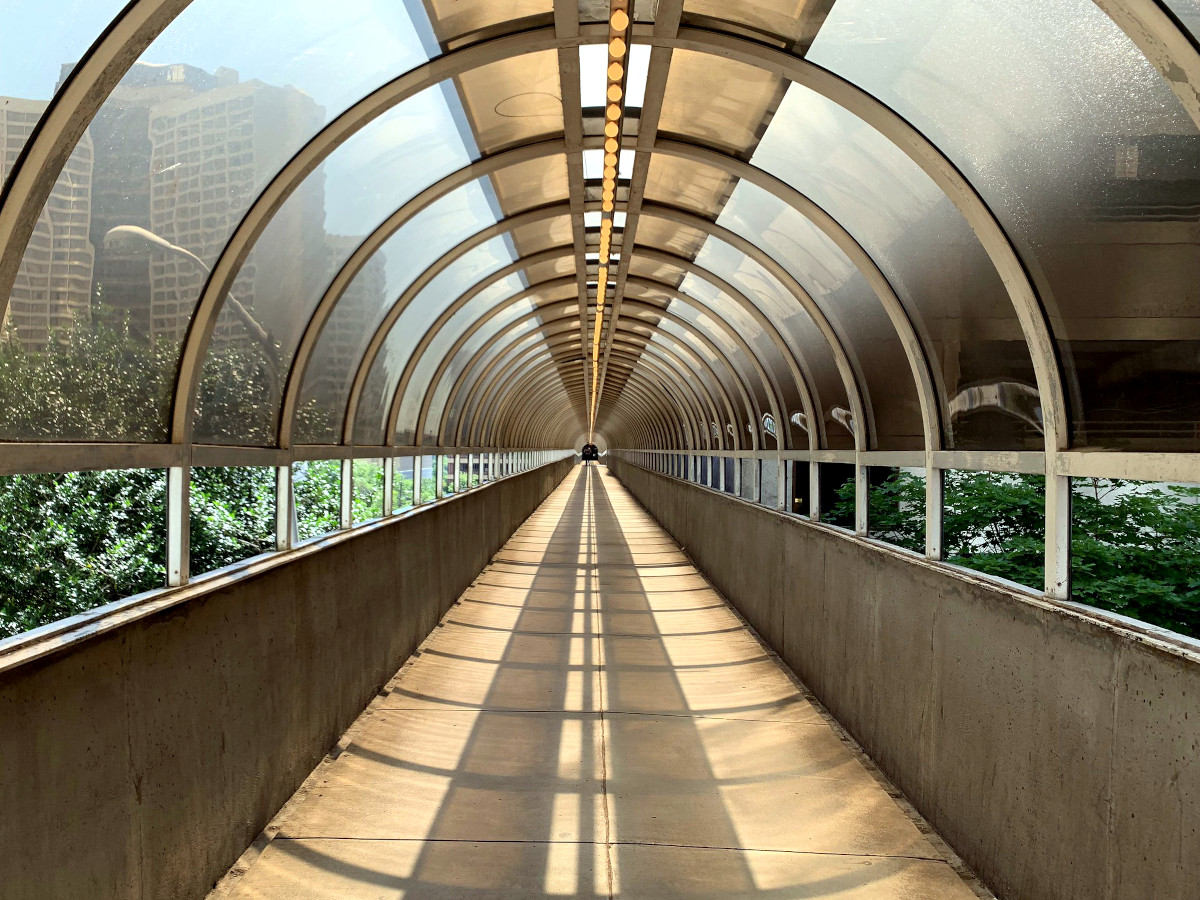 Even if you’ve never been to Dragon Con, you recognize some of its host hotels and spaces. The Hyatt Regency Atlanta and the AmericasMart were seen in Insurgent and even an episode of Futurama. (Remember the lost city of Atlanta?) And I instantly recognized the Hyatt in Blockers. But likely most memorable is the Atlanta Marriott Marquis, appearing in the Hunger Games films and the trailer for Spider-Man: Homecoming, but most recently and recognizably as the TVA in Loki.

While attendees often take delight in spending the weekend in the filming locations of favorite movies, they are generally unaware that these are largely the creation of one architect, John Portman, Jr., who designed many of the downtown Atlanta spaces that Dragon Con occupies. He is even sometimes referred to as “Atlanta’s architect.”

For several years, Lisa Ellisor has given a spectacularly researched talk about Portman in the Art Show Programming track at Dragon Con, and I hope she continues to do so for future generations of con-goers to learn about these amazing designs they’re visiting for the weekend. Even if you know nothing about architecture going in, she takes you on a fascinating journey.

Portman occupied a somewhat controversial place as both an architect and a real estate developer. While to some, this was a conflict of interest, to his mind, it was the only way to have control of his vision from start to finish. The first such project he approached this way was the aforementioned AmericasMart, which began as the Atlanta Merchandise Mart with its first 250,000-square-foot building in 1961. It now occupies more than 7 million square feet of space and is the world’s largest such showroom space. For Dragon Con, it is the current home to some panels, the dealers’ room, and the artist alley. The AmericasMart is not entirely publicly-accessible, even during the con, and on first glance driving by, you might not think of it as anything notable. But as you learn more, you can start to see it as the first step in Portman’s Atlanta.

It was just six years later that the Hyatt Regency Atlanta opened a few blocks away with its distinctive blue, flying-saucer-like “bubble” on top. The Hyatt introduced the first of what became Portman’s hallmark: a bold, skylit, 22-story atrium center.

If you get a chance to see Ellisor’s presentation, you’ll also learn more about the detail of the construction of the unusual elevators, another Portman hallmark, designed to look out over the atrium as they rise. Portman commented to the New York Times in a 2011 interview, “You get on a closed-in elevator, everyone looks down at their shoes. A glass elevator lets people’s spirits expand. Architecture should be a symphony.” Although having seen way too many inflatable dinosaurs crammed into one, the symphony can admittedly be sometimes more of a cacophony on a Dragon Con Saturday. Or perhaps… more of a band concert just outside the elevators:

Beyond Portman’s Atlanta creations, you may recognize his work from many other places, and in particular those distinctive elevators from the LA Westin Bonaventure, where they are seen in many movies but significant to the story in the film In the Line of Fire.

That hotel has been featured in so many films that there’s a lengthy display of posters inside the hotel and plaques commemorating its role in them. In many of them, you can also see another Portman favorite—the water feature, seen above still present in the Westin Bonaventure lobby. Unfortunately, the water is no longer a part of the Westin Peachtree Plaza hotel in Atlanta, although you can see it in the DragonConTV bumper “Never Forget.”

When that particular Portman design and future Dragon Con host hotel opened in 1976 on the site of the first official Georgia governor’s mansion, it was the world’s tallest hotel as well as Atlanta’s tallest building, holding that title until 1987. (It was the world’s tallest hotel for only a year until being beaten by another Portman creation, the Detroit Plaza Hotel.) Its lobby—a seven-story atrium, of course—featured a half-acre-sized “lagoon” surrounded by “cocktail islands” for the hotel bar, as well as live trees and birds. Though Portman had originally described his Hyatt atrium creation as “indoor sightseeing,” the Westin truly was. And although the lagoon is long gone, you can easily recognize the hotel from the outside today by its reflective, mirror-like windows surrounding the cylindrical building. Due to current building standards, this glass proved to be difficult to replace after a 2008 tornado destroyed many of them, and as a result, all 6,350 windows had to be replaced in 2010 at a cost of $20 million. Setting another Portman-related record, this was the largest hotel window replacement project undertaken in the Western hemisphere.

But taking us back to Portman’s creation of downtown, let’s fast forward to 1985, and his atrium style clearly embraced the future with perhaps the most recognizable of his Atlanta creations, the 52-story Atlanta Marriott Marquis with its bulging base and alien-like atrium. That atrium was the largest in the world when it was built, later surpassed by the Burj Al-Arab in Dubai.

Nearly every year of the 20 I’ve been attending Dragon Con, I’ve heard the tale of how Ray Bradbury arrived at the Marriott Marquis for the 1986 con, looked up the 470-foot-high atrium, and declared, “This hotel is science fiction.” It’s easy to see why, and I think of it each time I marvel at that spine-like rise.

From the 1960s stretching into the ’90s, Portland also created much of the 14 surrounding city blocks, including not just the Hyatt, Westin, and Marriott, but also the entirety of the Peachtree Center, which is now included on the National Register of Historic Places. (The names here can be somewhat confusing, as con-goers generally use “Peachtree Center” to mean the space with a food court, now officially called The Hub, and sometimes to refer to the MARTA subway station. Some use the phrase to describe just the four Peachtree Center office buildings. Other times ”Peachtree Center” is used to mean the entire district, encompassing the hotels.) If you’ve been to Dragon Con—or to downtown Atlanta at all—you’ve been in John Portman’s imagination.

The character of Dragon Con is very much built on Portman’s spaces. The Hyatt, Marriott, Hilton (note: not a Portman creation, but clearly Portman-inspired), and the rest of the Peachtree Center are connected by 24 skybridges (affectionately called “habitrails”), enhancing a feeling of unity of the sprawling event. Despite the hotel “house” allegiances that have formed (probably in large part thanks to the legacy reservation systems of the last decade or so), you’re still just a bridge away from your neighbor’s house. (With apologies to House Sheraton and House Westin. You also are loved. But a longer walk.) It’s part of what makes Dragon Con not just a con, but a five-day family, and the con wouldn’t be the same without it. 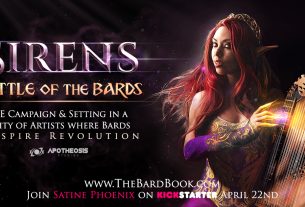