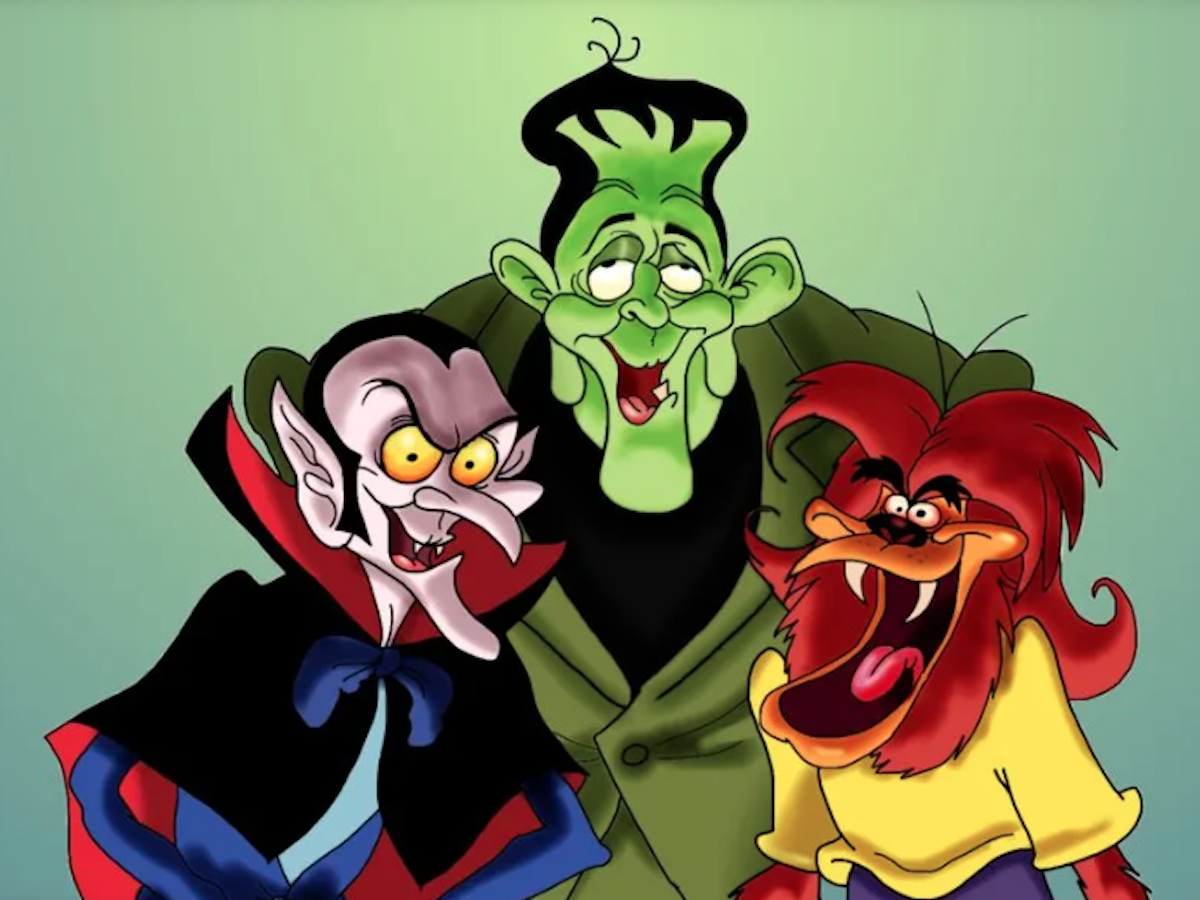 A new pair of spooky reboots of classic family series is coming out this year on Netflix.

This month, Rob Zombie’s version of The Munsters airs, with a PG rating, telling the story of how Herman and Lily first met. This is a departure from his R-rated fare, but Zombie has been a fan of the original Munsters for a long time. Anyone who knows the song “Dragula” (named for Grandpa Munster’s ride of choice) already realizes that.

Later this year is Tim Burton’s Wednesday series, a coming-of-age story based on The Addams Family.  It concentrates on Wednesday Addams’s adventures in her new school, Nevermore Academy. Burton has wanted to do an Addams project for some time and had once been aiming to create a stop-motion feature inspired by Charles Addams’s macabre crew. That idea was scrapped some time ago, but this one seems right in line with Burton’s dark storytelling.

Whether or not either of these turns out to be successful, it is interesting to me that two of the “old” spooky family series I enjoyed as a kid are getting newer versions in the same year.

I am not always the biggest fan of remakes and reboots. However, I am always curious about them, particularly if I like the director or writer. It makes me wonder what other favorites I used to enjoy could receive similar treatment.

Here are three more of the monster-focused shows I watched that might be interesting projects in the future.

This Filmation cartoon series is a spin-off of the Sabrina the Teenage Witch and The Archie Show worlds. Classic movie monsters live together in a funky boarding house, Horrible Hall, and play in a band. Rewatching this show now, the one-liners were so cheesy, but so was the live-action comedy show, Rowan and Martin’s Laugh-In, from which it took its format. It only made it to 16 episodes in 1970 and ’71, but it gained a significant cult following. The theme song, “Goolie Get-Together,” was even covered by the rock band Toadies on the 1995 Saturday Morning Cartoons compilation disc. I would love to see a live-action just to see who they cast as the hippie werewolf, Wolfie.

This Hanna-Barbera-produced ‘toon starred teen “next-generation” versions of the Universal Monster inspired big three: Frankenstein, Dracula, and the Wolfman. It was created in 1980, ten years after Groovie Goolies, but it also ran for just 16 episodes. It was more a quasi-superhero and crime-fighting series where the monster heroes are in human form until they are called to action, usually to fight the evil group OGRE (Organization of Generally Rotten Enterprises). They then formed a circle, did the “Drak Whack” (yes, that is what it’s called), and yelled “Wacko!” Then they became a monster bad-guy-fighting team. With so many superhero series coming out these days, this could easily be a mini-series or movie one-shot.

Before Ghostbusters was Sid and Marty Kroft’s 1975 monster-busting Saturday morning trio, The Ghost Busters. Two former actors from F-Troop, Larry Storch and Forrest Tucker, have a ghost and monster-hunting business with their pet gorilla, Tracy. This only lasted 15 episodes, but if you were a kid in the ’70s who loved the weird Kroft shows, you likely watched every one of these more than once. Storch passed away earlier this year at age 99, so there have been a few images from this show resurfacing.

This premise may look familiar to ’80s kids, because in 1986 a Filmation animated series Ghostbusters, featuring the trio with a complete makeover, was released five days before The Real Ghostbusters animated show debuted. Now that Ivan Reitman’s Ghostbusters franchise is such a huge part of pop culture, this reboot might need a complete rename, but I think it would be hilarious as a found-footage-style movie. Hopefully, it will be patterned after the live-action zoot-suit style, not the cartoon.

Even if these don’t get a remake, checking out some of their original episodes on YouTube is still an option. Most of Drak Pack and The Ghost Busters can be found there. If spooky family fare is what people want, there’s plenty of it out there.

The Munsters debuts September 27 on Netflix, as well as on DVD and Blu-Ray, with the airdate for Wednesday to be announced soon.

Throw Your Money at the Fresh Beat Band Concert – But Don’t Throw Your Kids, Please