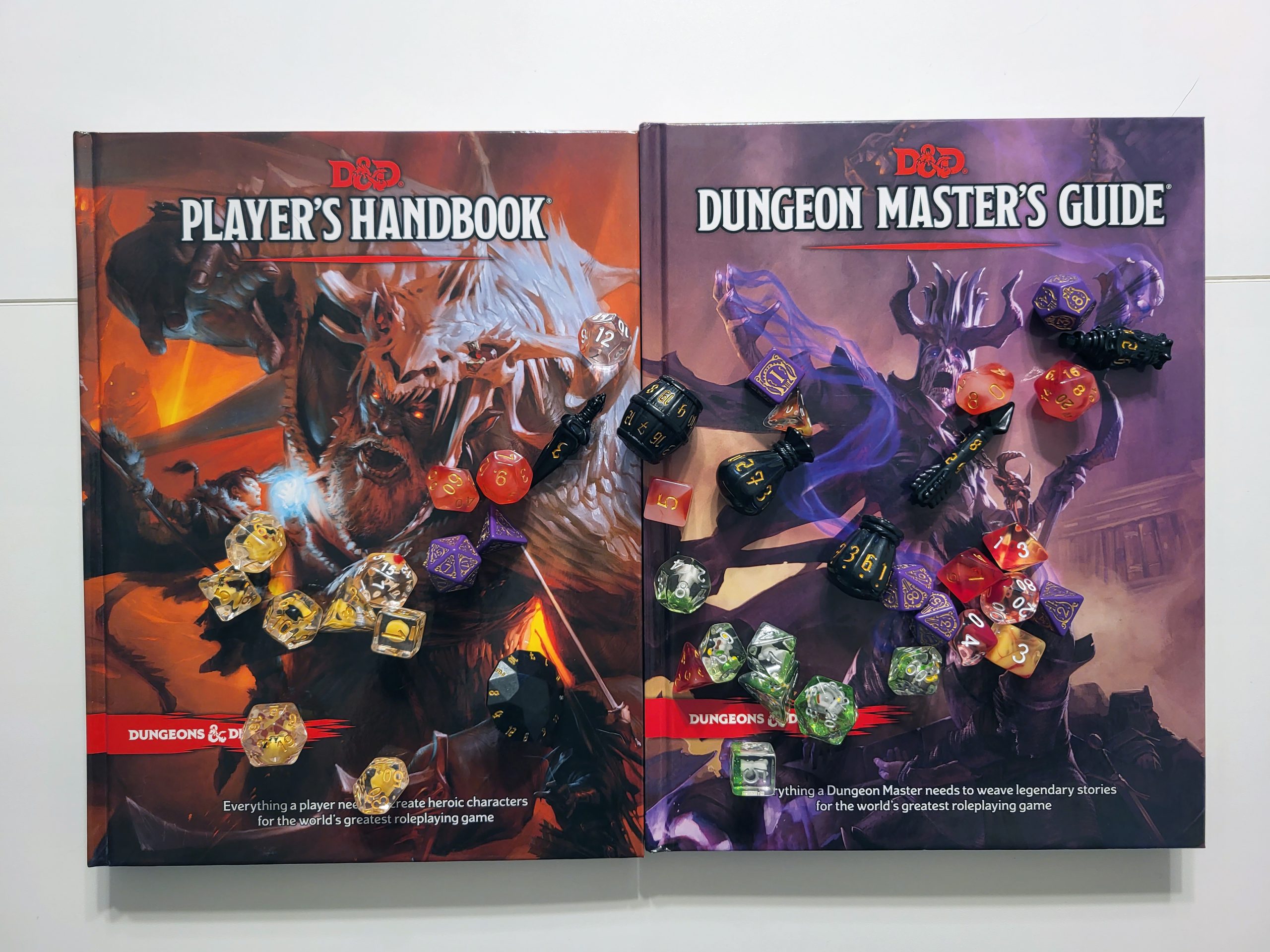 It was during my senior year of high school (Class of 2001) that I first played Dungeons & Dragons. My high school had 2000 students and the only kids I was aware of who played were in our group and I know three of us had never played before. Our group eventually included 4 theater kids, two band kids, and a guy who wasn’t connected to the performing arts department but hung out with a lot of people who were. At that time I had no idea how unusual it was considered for our group to include three girls. Back then, we were playing 2nd Edition as our DM had not converted over to 3rd Edition quite yet. I was the group’s druid, and I still remember buying my first set of mismatched dice from a local gaming store including the pretty purple one that rolled a 20 the first time I ever made an attack. It was a lucky first roll as I have had many, many misadventures with dice that have betrayed me since then. The funniest of those anecdotes may be the time I walked into the gaming store of my college and early adult years and announced I needed new dice because the last set got me arrested and it took the sales clerk about a full minute to realize I meant my character and not myself.

That high school group was enough to get me started playing and college eventually created a switch to 3rd Edition and a few new groups that were never truly able to regularly meet. One of the groups had a few people from the high school group, another included my college boyfriend J (now husband) and friends we met through the SCA. One of those SCA players belonged to a more regular group, and one October day in 2004 he reached out and asked J and I if we would be interested in a gaming group as his was down to four players. He figured we’d be too busy, but we weren’t, and we became part of the gaming group we are still part of to this day. Fun fact, the group first met in May of 1994 and we still have one of the original founding members.

That group which meets on Sunday nights pretty regularly (I mean, life happens at times) has been my longest running consistent friend group as an adult. Some members have come and gone as life took them in other directions and commitments. Some left as friendships shifted in the way they sometimes unfortunately do, but we’ve always had the group in some configuration. The group was at our wedding, they were some of the first non-family members our kids ever got to know, and we’ve even had another member’s geek kid go from a toddler who crawled under the table to a player for awhile. COVID didn’t even stop us and we simply found a way to relocate our game online. Over time, I found that rogues are often my preferred class, that the difference between Intelligence and Wisdom is knowing how to do something verses knowing if you should do it, and that being a dice goblin is one thing but I’m clearly in the running for Dice Goblin Queen. Our group hasn’t always played D&D, but bounced around a few systems depending on our current whims and who was up for running what.

I’ve played long enough that it’s no longer unusual to see two girls walk into a gaming store together to buy dice the way it was with my college roommate and me. I started with 2nd Edition only to switch to 3rd Edition and see that shift into 4th Edition and now 5th Edition. I remember when Reaper minis were still pewter and no one owned a 3D printer to make their own (let alone owning both FDM and Resin printers as a number of hobbyists do). I’ve seen some game stores close and new ones open. I’ve seen the teenage generation I learned to game with grow up and have their own kids they started to teach to play.

That last part might be one of my favorites. My newest gamer chapter is in teaching my kids to play which means after several decades, I am now stepping into the world of DMing/GMing and helping a new generation discover this hobby at a really fun time. With shows like Critical Role and Stranger Things boosting the D&D profile and more and more high profile people in the entertainment industry talking about how they play the game, D&D is actually rising in popularity. Remember when I said the only players I knew in high school were the ones I played with? Well, my Elder Geek’s middle school has an actual D&D Club with 25-27 kids, it’s the biggest club on campus, and apparently the district’s other middle schools have similarly sized clubs. In middle school I was a non-athletic kid who liked books and various sci/fi fantasy related entertainment. You know what sort of a difference it would have made to have a club of 25-27 kids with similar interest who didn’t feel like they had to downplay it because they would get bullied for it? I mean, I didn’t downplay my love of that stuff but enough other kids did that it was hard to find my group. Our newest local gaming store even offers groups for middle and high school students. Those veteran gamers grew up into adults who created the spaces and clubs for kids that we all needed at their ages. So yes, over twenty years has brought some changes to the game, but the biggest and most important things: the friendships, the shenanigans, the dice betrayals, the impossibly lucky rolls, the player one-liners you still quote years later, those are the things that have kept veteran players coming back to the table year after year. Now as a parent, as a newer DM/GM, as a new printer and painter, I simply get to experience and share this hobby in new ways.

Here’s to seeing what the next two decades of playing are going to bring. 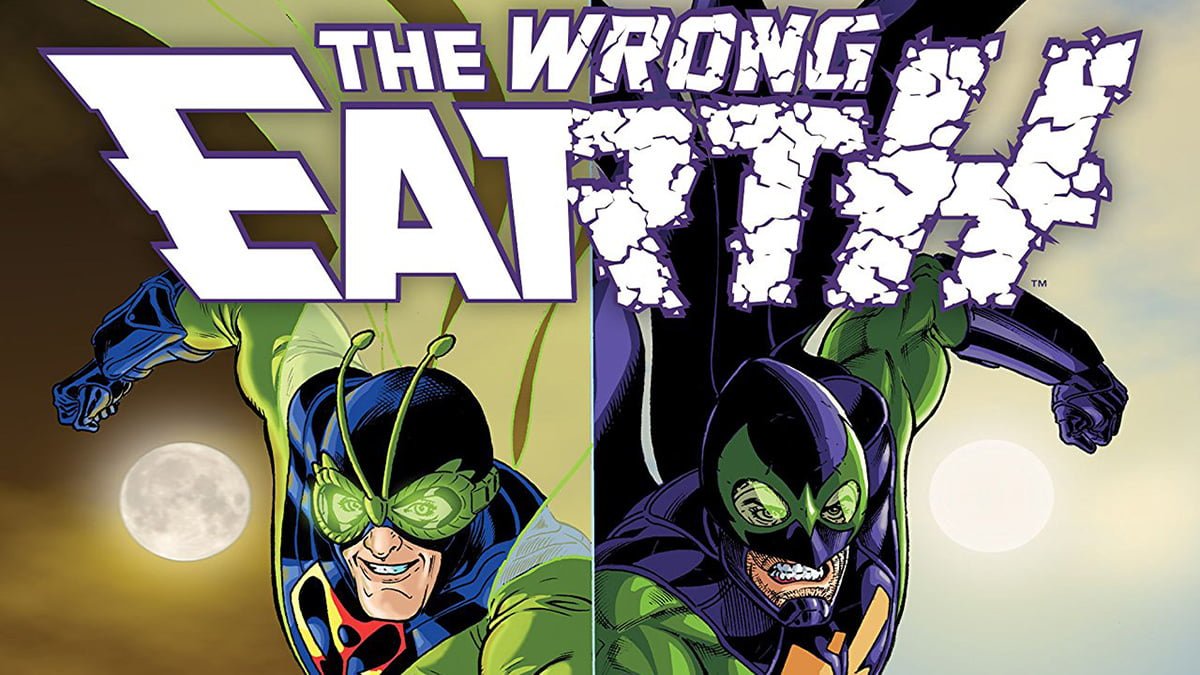