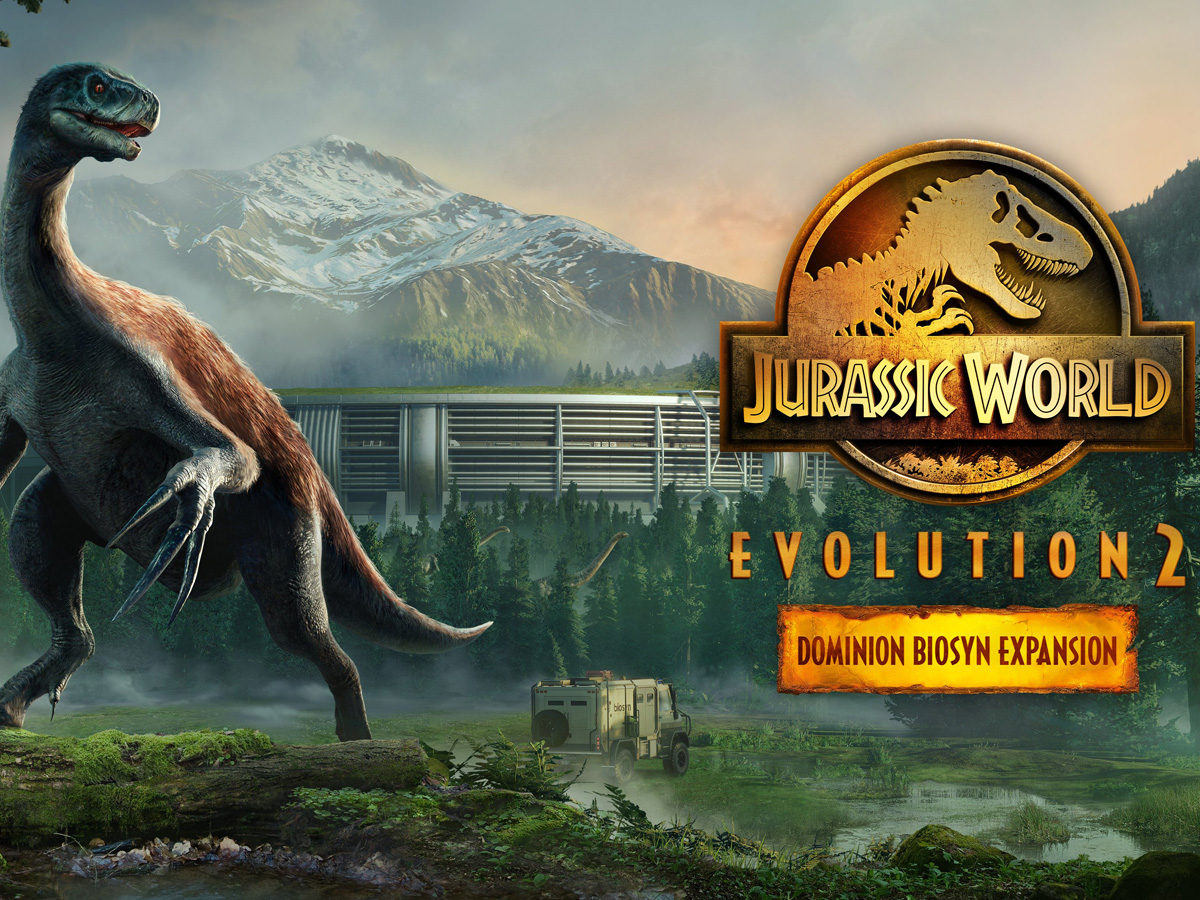 What is the Dominion Biosyn Expansion?

The Dominion Biosyn Expansion is the latest DLC pack for Jurassic World Evolution 2. This is the largest DLC since the game was released in November 2021 and updates the game to cover events, characters, dinosaurs, and locations featured in the recently released Jurassic World: Dominion film. As a result, some spoilers for the film apply both to the game and in this review.

What Platforms is it Available on?

The DLC is available on all platforms that support the base game (which, obviously, you will need in order to play). This includes

How Closely Does it Tie into Jurassic World: Dominion?

Very! Nearly everything that goes on in this new expansion is directly related to events in the film and as such, I would highly suggest that you watch the movie before playing. Most of the primary cast has been brought in to provide voice acting including Sam Neill (Alan Grant), Laura Dern (Ellie Sattler), and Bryce Dallas Howard (Claire Dearing). The only notable absence is Chris Pratt with Owen Grady being voiced by A. J. LoCascio instead. Thanks to voice acting from a mostly original cast and amazing graphics, this really does feel like you’re playing a part in the Jurassic World universe itself.

As the biggest JWE2 DLC to date, the Dominion Biosyn Expansion includes a lot of content, so I’ll work through it in stages.

The most noticeable new arrival when you first switch on is the appearance of a brand new campaign: actually, two campaigns once you load in. In the first – Biosyn Sanctuary – you’ll work as part of a Biosyn team building the Biosyn Sanctuary facility seen in the Dominion film under the instruction of Lewis Dodgson (Dodgson! We got Dodgson here!) You’ll also get to play with lots of new technology while building your facility including the Hyper Loop underground transport system, invisible fences, hydroelectric power stations, and research outposts. This campaign is set sometime prior to the events of Dominion as you’ll build the facility from the ground up before preparing to receive dinosaurs rounded up from other parts of the world. Later in this campaign, you’ll begin sending out expeditions in order to gather new DNA. However, another change is found here because instead of traveling the world to various dig sites, your team will instead be digging through various levels of the gigantic amber mine located on the Biosyn site.

The second part of the new campaign is named Scorched Earth and sees you rebuilding the Biosyn Sanctuary after the catastrophic fire at the end of Jurassic World: Dominion. You’ll need to treat injured dinosaurs and clear up the wildfire debris before rebuilding in order to once again provide a safe environment for all the animals to live comfortable and safe lives.

Although not enormously long, the campaign will take a good few hours to complete – especially if you come across any bugs, more on that later.

The other big addition in the Dominion Biosyn Expansion is a sixth Chaos Theory scenario. In this mode, you’ll work with Owen Grady to build up his dinosaur ranch in the Sierra Nevada mountains. It’s in this new Chaos Theory game that you’ll really get to experience one of the trickiest new mechanics – wrangling dinosaurs cowboy style. Taking direct control of ranger teams, you’ll get to use new techniques to herd your dinosaurs either by Send or Summon commands. This was surprisingly hard as my dinos kept splitting up and running amok throughout the wilderness. Apparently, Ian Malcolm was right, even computer-generated dinosaurs don’t like to be controlled.

When (or if) you’ve established your ranch, you’ll need to work hard to keep your dinosaurs safe from rustlers by installing floodlights, watchtowers, and other defensive structures, another new challenge to keep you coming back.

It wouldn’t be a JWE2 expansion if there weren’t new species for your parks, and the Dominion Biosyn Expansion is no exception. Four brand new species have been added including the Pyroraptor (red, feathery raptors), Therizinosaurus (the dinosaur GeekDad Z nicknamed the just-got-my-nails-done-osaurus), Dimetrodon (the not technically dinosaurs hanging out in the amber mine in Dominion), and Quetzalcoatlus (again, not technically dinosaurs, these were the flying creatures that downed the plane in the film). New species variants with differing sizes, appearances, and sounds are available for the Dreadnoughtus and Giganotosaurus. There is also a selection of new skins inspired by Jurassic World: Dominion for the Parasaurolophus, Dilophosaurus, and T-Rex.

This does mean that some new dinosaurs seen in the film, most notably the Atrociraptor (the chase-the-red-dot-osaurus), are missing from the Dominion Biosyn Expansion. I wouldn’t be at all surprised to see the Atrociraptors added in later as an additional DLC in a similar way to how various raptor skins were made available for the original JWE game, but given their importance in Jurassic World Dominion, it’s somewhat disappointing to have these speedy and smart dinos missing from the expansion.

With so much of the Jurassic World Evolution games focused on park building, new creative options are always a must-have for large expansions and the Dominion Biosyn Expansion doesn’t disappoint.

A new Biosyn Sanctuary map is available in sandbox and comes with its own biome that includes unique foliage options, terrain materials, and even forest mist VFX. A second new map – Taiga – is also available based on Owen’s ranch in the Sierra Nevada mountains. In addition, numerous new building variants with the Biosyn theme are also included as part of a Biosyn Building Set which includes power stations, response facilities, and other operational buildings. Another Building Set based on the Department of Fish and Wildlife is also included and this includes hotels, guest amenities, and numerous attractions and enclosures.

When building your parks, the Hyper Loop allows for significant changes to park layouts and management by allowing you to place research outposts in the middle of dinosaur enclosures without the need for paths, massively increasing dinosaur visibility. The invisible fences also allow for significant changes to your park designs, although they present their own unique challenges too because when they lose power, your dinos will be able to freely roam across them so you might want to think hard about using them to house your most vicious species

Bugs – No, Not the Locusts

No new game escapes having a few bugs and this one is no exception, and I’m not talking about the locust swarm from Dominion. The biggest one I have come across so far is related to the rangers and mobile vet units (MVUs). I am currently having to use direct control for all tasks as none of my vehicles can find routes to the destinations I set them, even if that destination is directly in front of them across open ground. This resulted in my losing around a dozen dinosaurs to a disease outbreak that took hold because I couldn’t manually manage the outbreak whilst also running the rest of the park.

Other players have reported numerous issues including crashes, invisible buildings, and looping behavior patterns on the new dinosaurs. Hopefully, all of these will be resolved shortly in a patch.

I had been somewhat expecting rather than merely hoping for a Dominion-based expansion ever since Jurassic World Evolution 2 was released in November last year, and honestly, what we’ve ended up with doesn’t disappoint. For those of us who enjoy story-based gameplay, the addition of two new campaigns hugely increases this aspect of the game and adds in many more hours of gameplay, and that’s before you even begin working through the new Chaos Theory level.

Meanwhile, players preferring to showcase their creativity will also have their desires catered to with new maps, species, and buildings. Could there have been more? Absolutely. The missing Atrociraptors is an irritating oversight and there’s still a surprising lack of decorative items available to use in creative mode or just when decorating in any park scenario, but brand new systems like the Hyperloop will open up much more choice for players when designing their parks.

Overall, this is an interesting and exciting expansion to the game and one that will hopefully draw in lots of new players who enjoyed Jurassic World: Dominion, just as I did. 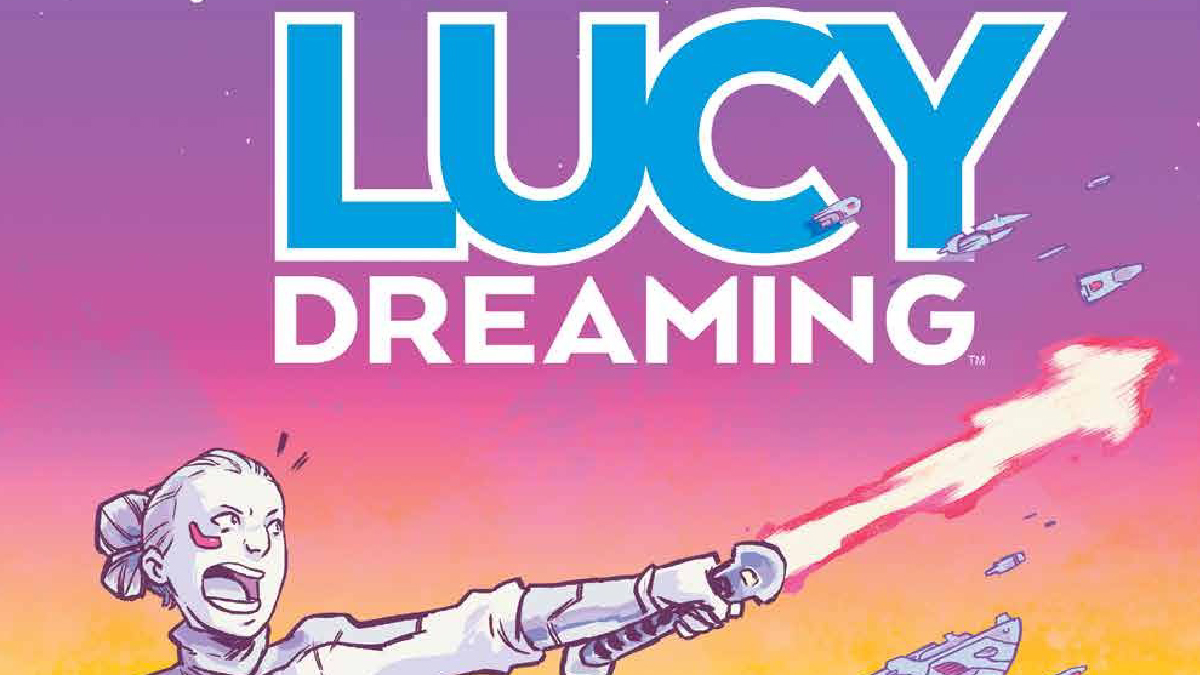 ‘Lucy Dreaming #1’ is an Awakening

SDCC and NYCC: The Winds of Change Are Blowing 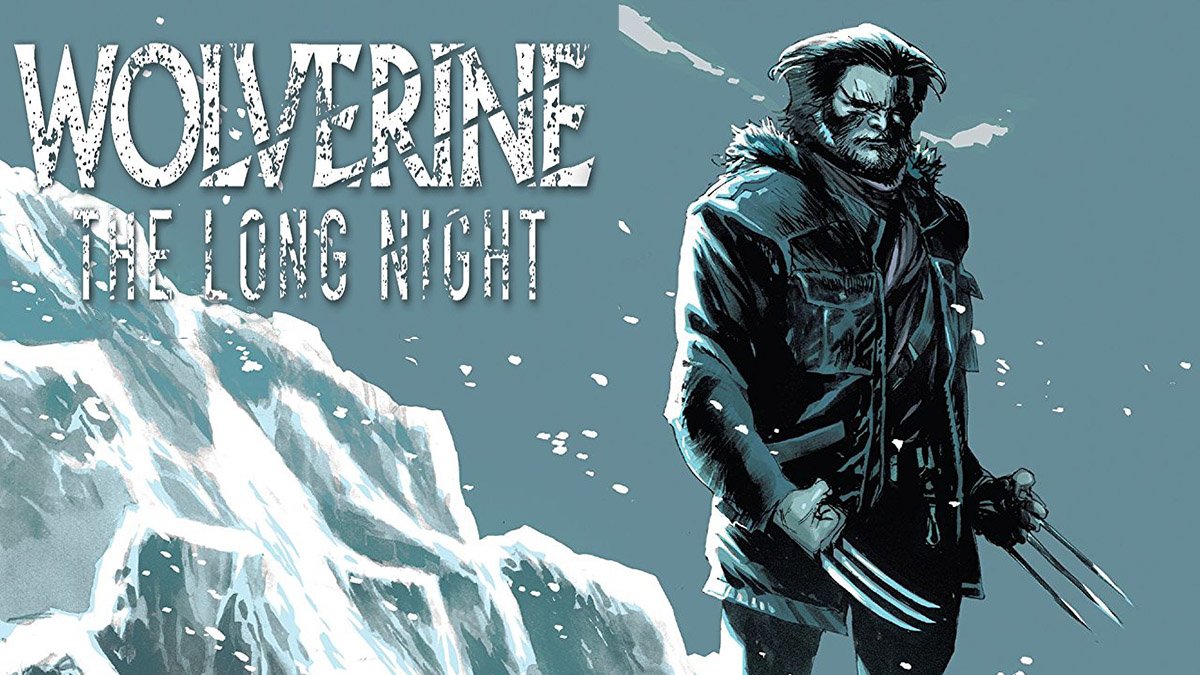