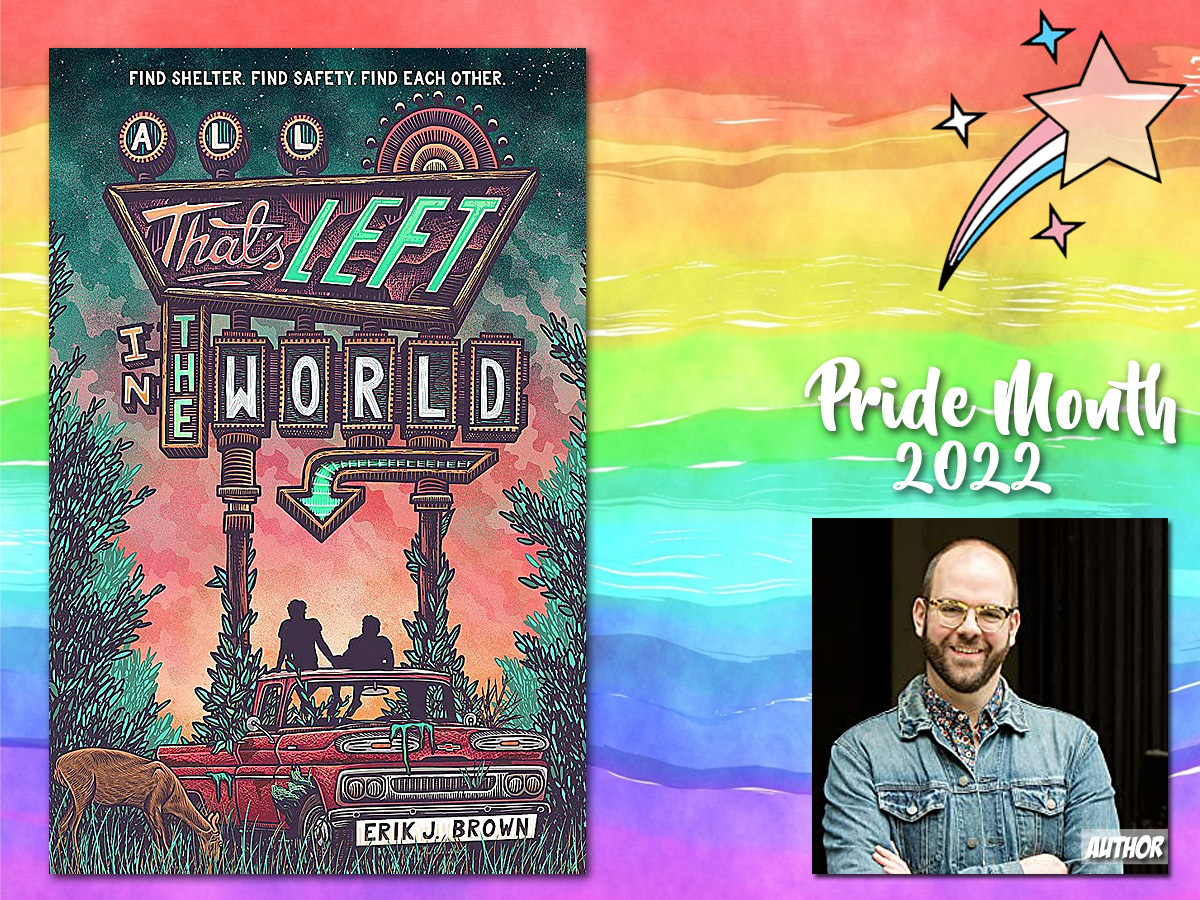 Throughout June, GeekMom celebrates Pride Month with lots of LGBTQ content. Follow the Pride Month tag to find everything all in one space (including LGBTQ content from previous years) and keep checking back for more throughout the month. Today’s book review is All That’s Left in the World by Erik J. Brown.

What do you get if you cross Heartstopper by Alice Oseman with The Road by Cormac McCarthy? Something that looks and feels rather like All That’s Left in the World by Erik J. Brown, a gay teen romance set in post-apocalyptic America.

Jamie has been hiding out at his family’s cabin in the woods ever since his mother finally succumbed to the deadly virus that has already killed most of the world’s population. However, what little peace he has made for himself is one day disturbed by the arrival of Andrew, a young man around his age who has been severely injured by a beartrap. Wary at first, Jamie’s good nature wins out, and rather than forcing Andrew to keep going on his way, Jamie invites him inside and helps him recover thanks to the medical notes his mother left behind.

The pair quickly strike up a friendship, but when a threat emerges close by the cabin, they take to the road together in a slow journey south. There they come face to face with the many horrors that now lie scattered across what was once the American east coast, finding joy wherever they can. Neither is sure exactly what they are looking for in this new world, and Andrew is keeping secrets that threaten to destroy their relationship, but for now, they at least have one another.

All That’s Left in the World is a remarkably powerful book that looks at what the world could become after the next global pandemic, one far deadlier than Covid-19. (The mortality rate of the pandemic in the book is given as 99.99% compared to something around 1% for Covid-19.) It is a true post-apocalypse novel with Jamie and Andrew making their way through largely deserted cities and along empty roads, only very occasionally stumbling across other people—and taking great risks when they do. The few people they come across are either desperate or prepared to resort to the toughest tactics in order to survive, putting the pair instantly at risk any time they cross paths with others, although there was at least one truly wonderful exception to this rule.

Although they tell broadly similar stories, I was also relieved that All That’s Left in the World was generally more hopeful than The Road. The latter is easily one of the bleakest books I have ever read, but here things never take on quite the same hue of despair. I believe that’s largely down to the relationship between Jamie and Andrew because, as well as being a sci-fi dystopian book, this is also at its core a romance and it’s that romance that gives the book its heart. I mentioned Heartstopper at the beginning of this review because just as in those books, we have one character (Andrew) who knows he is gay from the outset and another (Jamie) starting to fall for a boy for the first time, giving this a somewhat clumsy/awkward yet cute vibe that isn’t tarnished in any way by the admittedly depressing setting.

All That’s Left in the World is a very different book from the typical contemporary gay romances that fill up YA shelves and that makes it really stand out. If you’re looking for something darker and different this Pride Month then give this a shot—and maybe pick up Wranglestone afterward too. 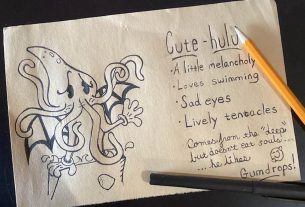 Be the Artist: Who Was Ub Iwerks?

Preschoolers Make It Snow in August