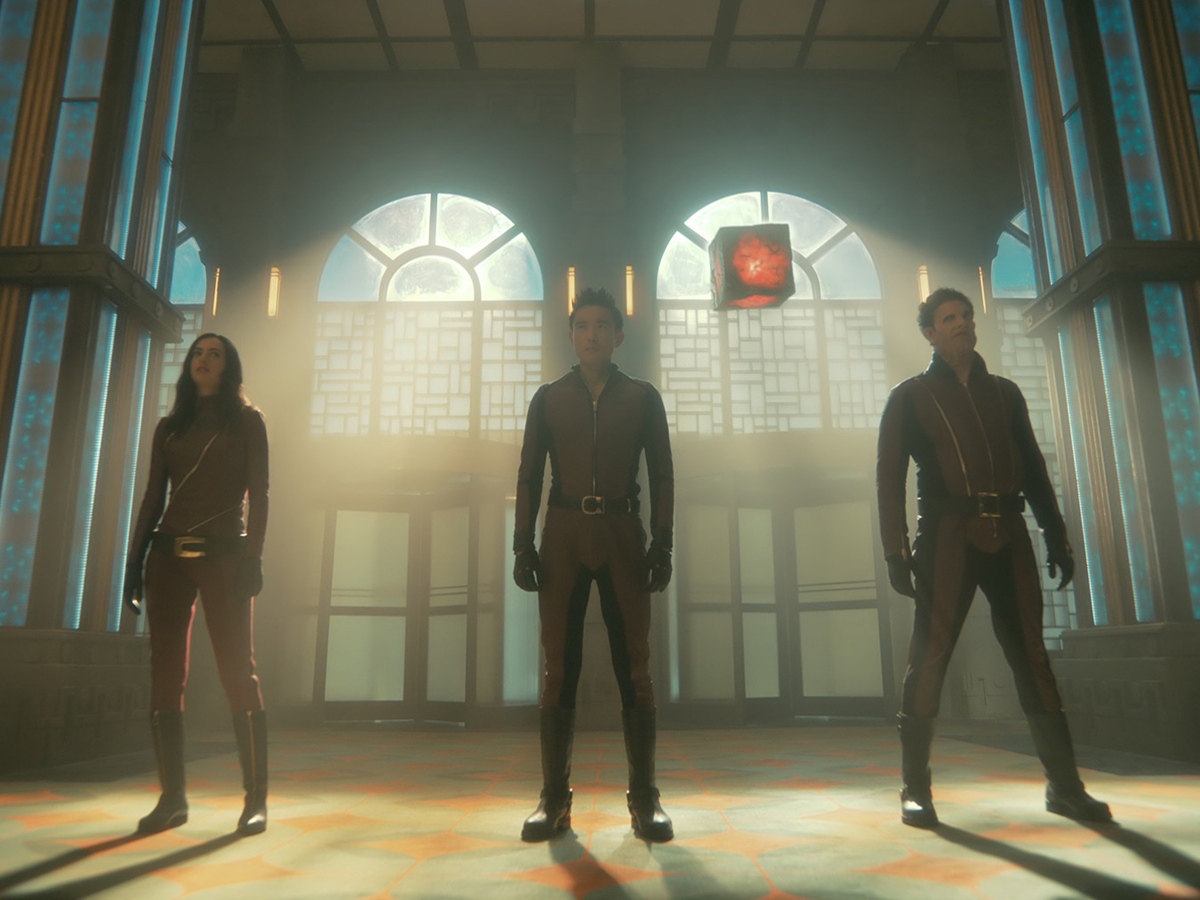 Netflix’s most dysfunctional superhero family is back. The Umbrella Academy first came back on our screens in 2019 without having the brand recognition of a Marvel or DC property but was instead from Gerard Way of My Chemical Romance. The Hargreeve siblings quickly won over audiences with a combination of superpowers, family dysfunction, and the tendency to save and end the world almost simultaneously. The third season of their adventures has just dropped on Netflix and here are my biggest highlights from it.

WARNING: This article contains spoilers for season 3 of The Umbrella Academy on Netflix.

1) The Sparrow Academy: The Umbrellas, as I shall call our original Hargreeve children, have bounced back in time to discover that six different children were selected to be raised by Reginald as well as the long-dead Ben who is not only alive but an absolute jerk. The Sparrows feel edgier and more ruthless than the Umbrellas (except for Sloane) and are actually medicating Reginald, forcing him to sign documents, and generally running the show. The introduction has also changed with an opening scene on a Korean subway (presumed to be showing Ben’s birth mother). Fans paying extra attention will note that the number of these miracle births is lower than what was stated in season one, which is the first indicator that something is dramatically different.

2) The Dance-Off/First Fight: When a dance-off breaks out early into the song “Footloose,” a question of just how bonkers this season is going to flares up. However, there’s an actual reason for this as it turns out this hallucination was caused by Jayme from the Sparrows and her psychedelic spit. (Yeah, that’s a thing.) The fight quickly goes to chaos and, while we note that Sparrow Ben seems far more comfortable with the tentacle monsters he summons from his body, Diego is still very much Diego and gets into a fight with the Sparrow Seven, Christopher, who is actually some sort of cube. Diego’s going to Diego.

3) Viktor’s Transition: When Elliot Page announced his transition, a lot of people wondered how that would impact his role in The Umbrella Academy, but the tv series creator, Steve Blackman, felt his transition should be written into the series. Viktor has always come across as uncertain of himself and his place among the other Hargreeve siblings, so seeing their acceptance after he came out was huge. His chat with Allison about how he used to hate mirrors and how he came to understand who he is is particularly poignant. There’s a new level of confidence in Viktor that I feel has also been seen in Page on social media after his transition. Steve Blackman discusses how the storyline was developed here and Out magazine talks about what Viktor’s story means for trans representation here.

4) Luther and Sloane: Luther has finally decided to move on from the complicated feelings he has for raised-as-his-sister Allison and is absolutely smitten with Sloane upon first meeting her even when it breaks out as a fight between their families. There’s something sort of precious about the two of them as everything else is falling apart around them and Luther actually seems happy for the first time ever as he marries Sloane just before the end of the world. Also, Luther’s bachelor party with absolutely awful karaoke that includes Five calling Klaus up to help him sing “(I’ve Had) The Time of My Life” was simply brilliant.

5) The Birth Moms: Klaus reveals that years ago he uncovered a note in Reginald’s checkbook that indicated his mother’s name and goes on an adventure with Five to discover who she was. It turns out Klaus was originally born to an Amish woman in Pennsylvania and trying to imagine what Klaus’s life would have been like there is mind-boggling. This adventure leads to the discovery that Klaus’s mother died the day he was supposed to have been born, and further poking around has a set of women identified that are likely the mothers of the rest of the Umbrellas, including the Russian swimmer from the pilot’s opening who is likely Viktor’s mother.

6) The Kugelblitz: It wouldn’t be a Hargreeve family adventure without a world-ending threat. When the Umbrellas discover their birth mothers have all been killed before they were born, but they are still currently existing, a dangerous paradox appears to have activated. Five is stuck spearheading yet another world-saving attempt (this is his third within a month) and we don’t blame the guy for being 100% over it. At least he gets an outfit that isn’t a schoolboy uniform this time. Five eventually gets to face off against an old version of himself and is warned not to save the world, a plan he eventually commits to only to change course midway through leaving us with one big question: what was Older Five trying to warn the younger himself about?

7) The Return of Harlan: Harlan was left with a spark of Viktor’s powers, which made his life extremely difficult as he fought to control their destructive nature. Viktor clearly feels guilty about this and chooses to hide the fact that it was Harlan who accidentally killed their birth moms. Sissy ended up dying of what was likely cancer on that fateful October day in 1989 and Harlan detected the sort of energy imprint the Umbrellas create. In his grief, his powers lashed out and killed their mothers before they were born, causing the paradox. It ends up being Harlan who helps Viktor find a new level of control over his powers.

8) Reginald and Klaus: In one of the crazier moments of the season, Klaus feels for this Reginald after witnessing him undergoing elder abuse at the hands of Jayme and Alphonso. They have an odd series of conversations about how awful a father the Umbrella Reginald was, and Reginald admits to trying to emotionally take down his children to control them. He also helps Klaus make a realization: Klaus is near-immortal and his near-death experiences (including his overdoses) were actually incidents of him coming back to life. In a montage set to “The Cat’s in the Cradle,” Reginald helps Klaus face his fears of the ghosts he can summon as well as mastery over coming back to life at will. I feel like I have to note that Robert Sheehan’s ability to play Klaus’s combination of bonkers whimsy and sympathetic tragedy is the kind of perfect casting, and it is impossible to find someone who could do the same level of justice to the role.

9) Diego and Stan: Because things aren’t crazy enough, Lila comes bouncing back through time and into Diego’s life with a twelve-year-old kid in tow that she tells Diego is his. Diego is reluctant to be thrust into a sudden father role, especially as the emotional baggage and daddy issues he has are enough to fill a matching luggage set. However, Diego comes around in his own dysfunctional way, especially after it looks like Stanley accidentally kills Klaus. Then comes the gut punch. Stanley isn’t his or Lila’s kid, Lila was testing if he would duck and run when she told him the real truth: she’s actually pregnant with Diego’s kid. How those two are going to stabilize enough to raise said kid might be the biggest mystery of all.

10) Allison’s Emotional Snap: Due to the paradox, Allison’s daughter Claire no longer exists and her second husband Ray has died as an old man. It’s one loss too many for Allison, who feels like whenever she gets her life together, it gets pulled out from under her. We see her starting to unravel as she joins Diego in a bar fight to blow off steam. But the big red flags came one after the other as she starts to try to use her powers to convince Luther to be physical with her rather than “lose him” to Sloane. Allison’s life had already unraveled once before when she used her powers on Claire and lost custody of her as a result, creating a period where she was afraid to use her powers. For her to backtrack in such a violating way is a huge concern. (Also, I feel Luther was way too forgiving about the incident later.) Things continue to escalate as she kills Harlan over his role in their mothers’ deaths, and as she blames every bad thing that’s happened to her on Viktor. (Of course, we know Viktor originally lashed out at Allison in the first season after realizing his inferior “powerless” status in the family was caused by a young Allison “rumoring” those powers on lockdown under Reginald’s orders.) Perhaps even more concerning is that Allison has used her anger to reach a level of her powers where she doesn’t even have to use “I heard a rumor” to activate them.

11) The Reset: Just when we think we might like this version of Reginald, he pulls a classic Reginald stunt and manipulates the Umbrellas and remaining Sparrows into helping him look for a seal in a hidden part of the hotel. If Luther’s wedding wasn’t enough to bring everyone together, a funeral is the next best thing, and he kills Luther and leaves Klaus to die. The Umbrellas face down several Guardians, the last of which slices off Five’s arm, just like Old Five’s. Klaus returns, temporarily bringing Luther back to say farewell to Sloane. It’s Five who discovers the seal as a pattern in the floor tiles, and Lila and the remaining six Hargreeve children minus Allison activate things. Allison has made a deal with Reginald who is trying to activate a reset. However, that reset is about to destroy everyone to have the energy to activate. It seems the whole reason Reginald wanted seven superhero kids in the first place was to train up and sacrifice for this precise scenario. As desperate as she is to get her daughter back, Allison can’t let the others die and kills Reginald but activates his reset.

With the reset in effect, Reginald seems to be a corporate power running just about everything with Grace at his side. The “kids” all have their powers gone, Five’s arm is back, Diego’s missing fingers are back, and Luther is alive and no longer part simian. The iconic “Hello” and “Goodbye” tattoos on Klaus’s hands are also gone. Sloane is nowhere to be seen, but Sparrow Ben is still alive. Allison has gotten her big dream and goes home to both Claire and Ray. What is this going to mean for their future, especially with Old Five’s warning?

12) The After Credits Scene: Sticking around for the end credits leads us to the Korean subway and what looks like Ben in glasses and reading, but when we see the shy smile that is clearly an Umbrella Ben thing we are now left with wondering if Umbrella Ben is back in some form, and what does the possibility of having two Bens mean? 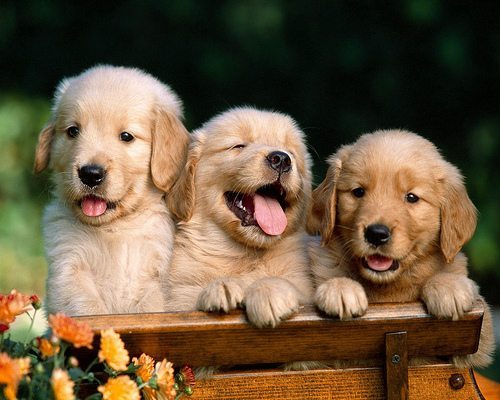