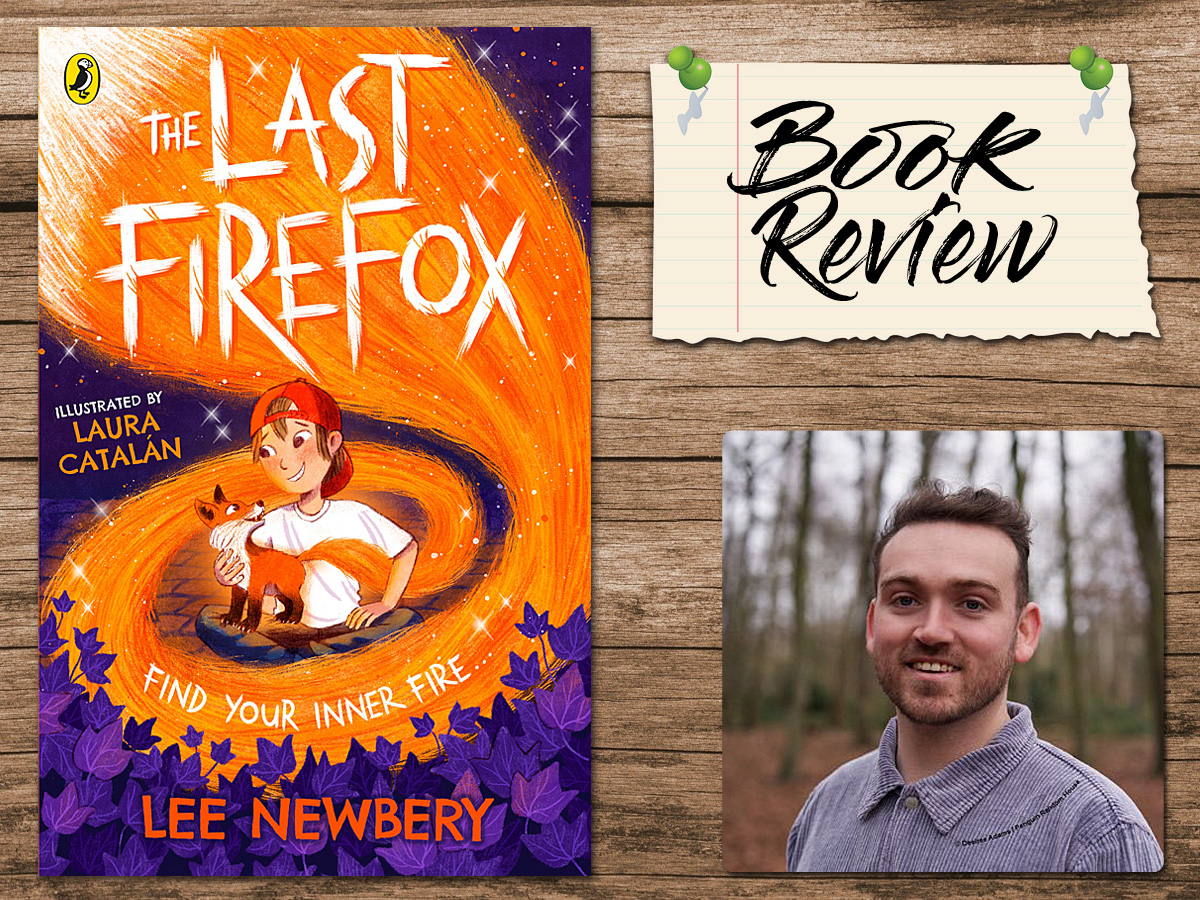 When I was offered a review copy of The Last Firefox by Lee Newbery I didn’t even have to think about my response, how could I say no to a cover that cute?

The Last Firefox is an adorable middle-grade story set in the fictional town of Bryncastell in Wales. Charlie lives in Bryncastell with his Dad and his Pa and is about to enter his final week of primary school with his two best friends Rupert (Roo) and Philippa (Lippy). Frequently bullied, Charlie is an anxious kid who worries about never being brave enough, especially when compared to his Dad who works as a firefighter.

Charlie and his friends play a game where they hide painted stones around town for the others to find. While looking for a good hiding spot inside the town’s castle ruins after school, Charlie is knocked over by a strangely dressed boy who seems to emerge from within a solid stone wall. The boy, who eventually introduces himself as Teg, reveals that he is on the run after rescuing a fox cub from the menagerie of the King of Fargone who Teg knew would mistreat the creature. Of course, this is no ordinary fox cub, it’s a firefox cub and possibly the last of its kind.

Suddenly, Charlie finds himself in charge of an adorable ball of fluff that can burst into flames at will or whenever it feels scared or excited. Naming the fox Cadno (the Welsh word for fox), Charlie smuggles the fluffball home but his attempts to keep his new friend a secret are frequently thwarted, and it’s not long before the family’s possessions are going up in smoke. At the same time, Charlie begins to suspect he is being stalked by the terrifying Grendilock, a magical shapeshifting beast dispatched by the king to retrieve his lost possession. Can Charlie find enough bravery to protect Cadno and himself and save the last firefox?

This was an exceptionally cute story about finding your inner bravery that will particularly appeal to kids who are worried about facing new challenges, such as Charlie’s upcoming transition to secondary school. I loved the understated LGBTQ representation from Charlie’s family and the strong friendship between him and his two best friends. Naturally, Cadno is the star of the show but that doesn’t mean the other characters are two-dimensional, even those in the background have something unique about them to make them feel like a real person and not a caricature.

The Last Firefox blends plenty of comedic moments with some more meaningful ones about the nature of bravery. Sure, a firefox that literally bursts into flames when facing its fears is quite the heavy-handed metaphor for finding your inner spark, but no middle-grade reader is going to notice that, and besides, the image of an adorable fox cub with a tail made of flames is more than enough to make up for it. There are some tense and spooky moments in the book when the Grendilock is on the prowl, but nothing that would scare most middle-grade readers.

The Last Firefox is out today and has just been made the Waterstones Children’s Book of the Month. I would highly recommend it to all middle-grade readers but especially pokemon fans and those looking to find some extra inner fire.

Angels & Demons: The Physics Behind The Movie (and The Book)

Passover and the Legend of Golem