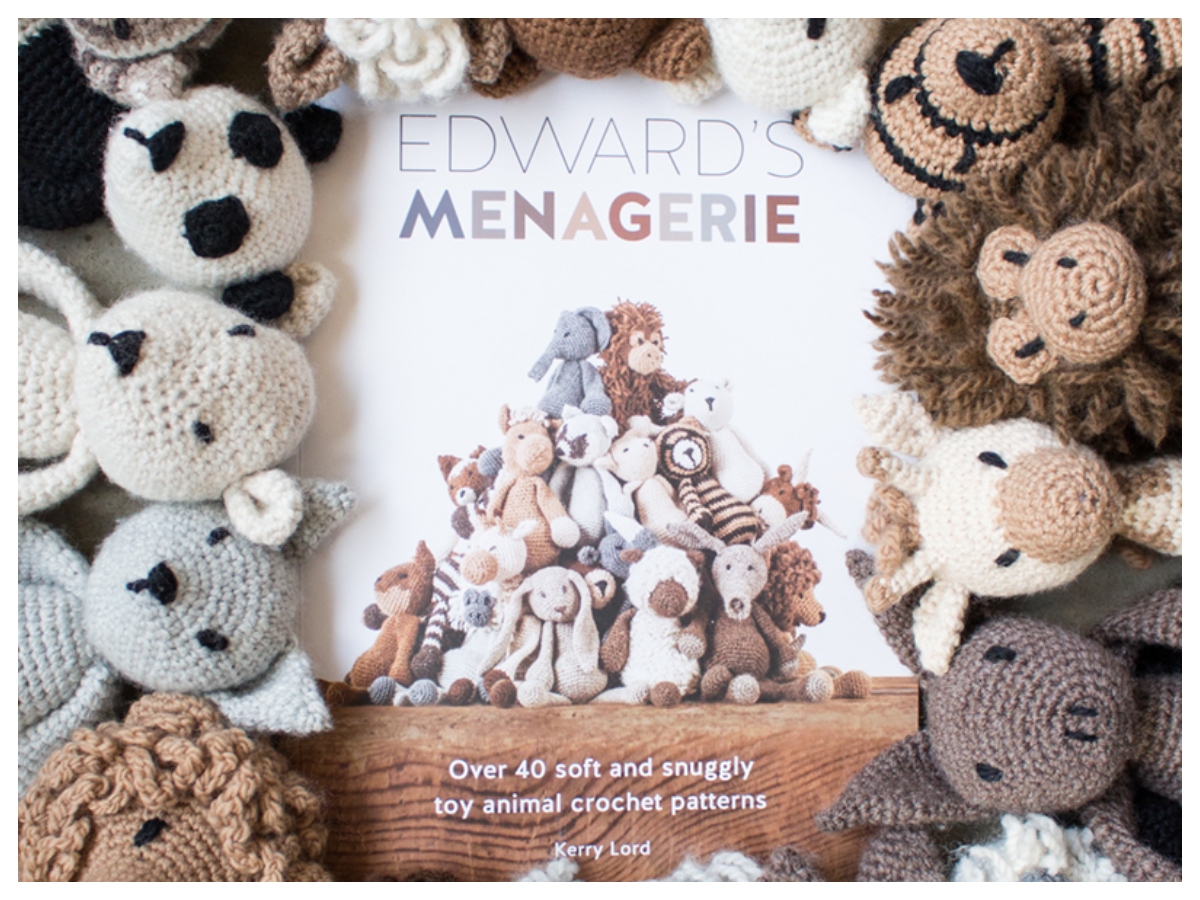 Back in the early days of January, fresh off of Christmas break, and relishing in the new Hilda movie on Netflix, my crafting goals for 2022 were simple. To keep crocheting, to keep enjoying, and not to let myself stress out over any of my hobbies. True, everytime I create something new someone tells me to open an Etsy shop. True, every time a new pattern appears at TOFTUK I have to resist the urge to take out a bank loan. True, I bought $(cough cough) worth of yarn in the January sale, promised myself I would not buy anymore, and then did anyway. Then I finished my 2021 goals, and rather than move on, I started making bunnies.

Emma the Bunny is one of the original patterns by UK designer Kerry Lord. It is a great starter pattern, a great palette cleanser between bigger projects, and as it turns out, thoroughly addicting when you start to see them line up.

Emma is an extremely lovable bunny whose aura is kept in balance by regular dates with her yoga mat. She’s a very house-proud mummy rabbit and her warren is her sanctuary. Although often reluctant to tie up her ears and get on with the housework, she does a very fine job once she sets her mind to it. Her creative talents have long slept dormant while other people have become her priority, but it looks as if that might be about to change. Once there’s a vase of fresh flowers and a pot of Earl Grey tea brewing on the side, it’s time for Emma to get out her needles and create. (Kerry Lord, Edward’s Menagerie 2014)

I had not planned on making this many bunnies, but you know what they say about bunnies. And as it turns out hearing my six year old proclaim “So many bunnies” every few days is one of the purest joys in life.

In all fairness, I have been watching similar crafters partake in projects such as this over the past year. One person has an array of monkeys, all in the same pattern but with different yarns. One person has a herd of highland cows. There is great satisfaction to be found in repetition and color. Once I had made a few bunnies, I knew this was to be how my time was spent, at least until Easter. Once I realized we were approaching Easter of course, there really was nothing else to be done. It was out of my control.

But beyond Easter, the bunnies have made me realize that I do thrive on a goal such as the completion of a full book of patterns. Likewise I go a bit hopping mad if left to my own devices. So I have set myself several goals for crafting in 2022.

Having ordered two more books from Toft, one old one being Edward’s Menagerie: The New Collection, and one recently reissued Dogs: Edward’s Menagerie, I realized I do not have the same desire at this point to make every pattern in each of these books. But I do have other crafting goals for this year.

To start with, I shall need to make several dogs. We are not fortunate enough to have a furry member of our family, but several people I love have either current pets or deceased pets, and I would love to gift them with a cuddly version of their loved one. I am sure that along the way, my children will request some furry friends of their own.

Since Christmas is where my heart lies, several of my goals are Christmas themed. I have Kerry Lord’s bird book The Twelve Birds of Christmas but I find that I prefer the free patterns that came with that book, The Twelve Birds of Christmas Minis, and the projects I have seen online associated with that. I figure if I can make one bird in each month, then by December I will be ready to make my own crochet wreath complete with twelve birds. It’s almost April so I’m only two birds behind schedule! This past year I made one of my favorite projects in Santa Claus, but the reason I purchased the pattern was so that some day I might make a giant version in chunky yarn.

But what to do in between Christmas and Easter? Last Summer I was all about the lobsters, this year I believe my summer will be spent with Walter the Tortoise.

This has been one of the most popular makes in the TOFT social media groups, and I have enjoyed seeing these in a variety of colors. I purchased this kit with some Christmas money, and he has been sitting forlornly on my shelf since then. I made my purchase in fairly pedestrian colors but I would like to experiment a little. My father in law has a penchant for turtles, so I am sure I can whip one out in time for his July birthday in some outrageous colors.

I continue to find inspiration and community online, and I am sure these goals will evolve. But in the meantime, if you need me, I’ll be making bunnies.

Build Your Own 'Jurassic World' With Lego