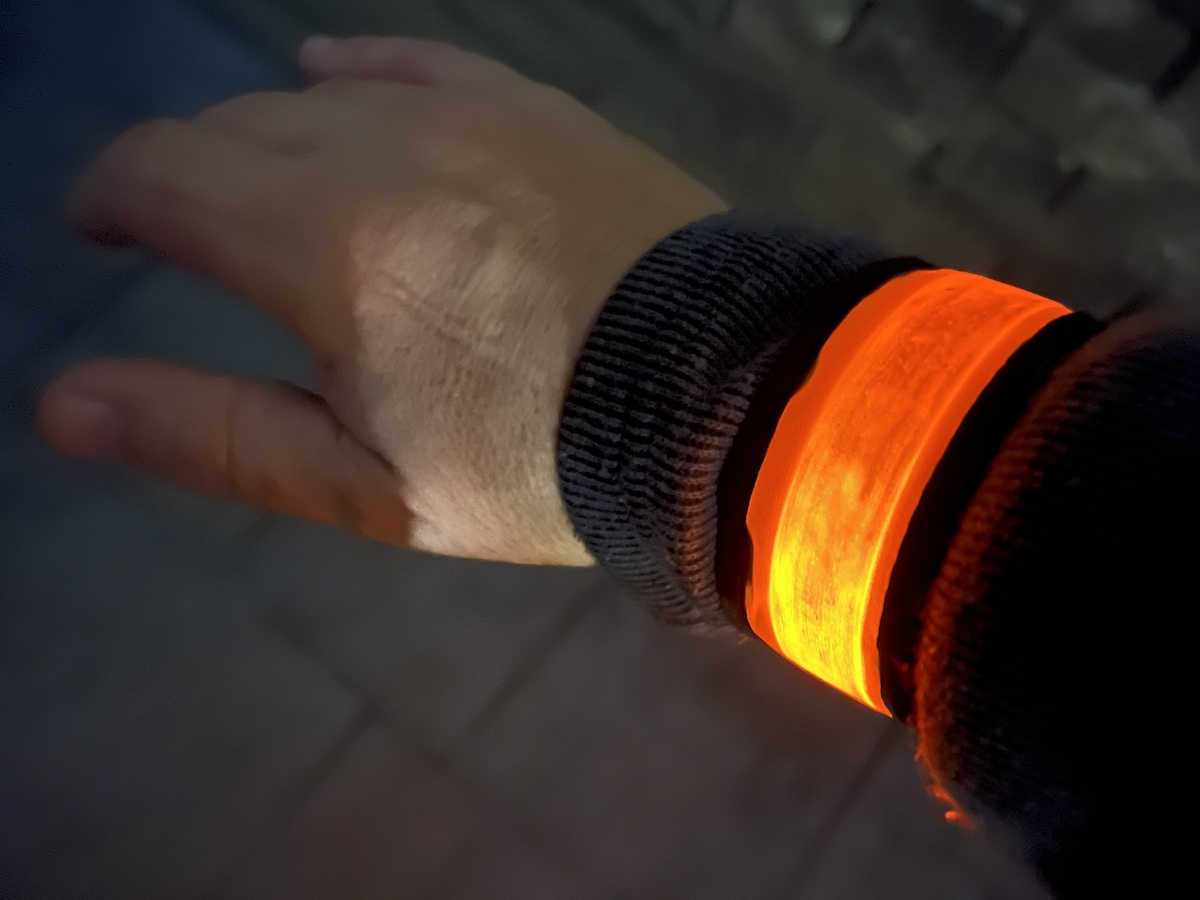 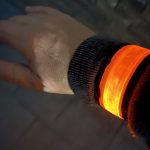 A few weeks back I wrote about the rechargeable LED dog safety lights my family has been using to make ourselves more visible when walking the dogs at night. Those work pretty well, but it’s not enough to just have a bright light attached to the dogs. We also want ourselves to be visible to traffic. So we’ve been wearing Sendai LED slap bracelets. I just bought a second round of them after getting a full year of use out of the first shipment. As far as I’m concerned these things are $13 well-spent.

A Six-Pack of Colored Slap Bracelets

For $12.99 (on Amazon) Sendai sends you six LED slap bracelets in varying colors. My last shipment came with blue, green, yellow, orange, white, and red. The first time I bought them, there was a pink in the mix instead of the yellow. They’re attractive, with bright nylon-esque material and black borders to help make the colors pop. Each bracelet is individually wrapped and a lithium 3V CR2032 battery is pre-installed. Each also comes with a spare battery.

These work like typical slap bracelets. At about 14-inches long, my daughter wears them around her upper arm; I find they fit best on my wrist. When not in use, you can leave them flat and extended, or they can curl into a compact roll.

Push the button, and the integrated LED light is activated. It’s on one end of a clear plastic strip that runs the length of the bracelet, beneath the colored fabric. The design means the light is brightest at the LED end, but some light does travel the length of the bracelet so the entire thing glows in the dark. It may not look very impressive in a dimly lit room—especially stretched out so the light gradient is very obvious—but when worn in darkness the effect is what you would hope for. I can see my kids coming from a block away in the pitch dark if they’re wearing one of these.

There are four settings you can cycle through by pushing the button: full light, fast flash, slow flash, and off.

These are not reflective, though. Just glowing light.

Sendai says a TPU coating on the front and back “improves” the bracelet’s rain and sweat resistance. In the year we’ve been using them, they have had frequent exposure to rain and snow with no apparent ill effects.

Battery life has been amazing. Several of the bracelets I bought last year are still going strong on their original battery. Any one of them might be used once or twice a week for anywhere from 30 minutes to an hour at a time. On more than one occasion, I’ve taken off my coat and forgotten the bracelet was there, leaving the light on all night. Sendai includes a replacement battery with each bracelet.

It Is Possible to Lose Them, And Their Electronics Can Be Damaged

Two things to be aware of with these bracelets. The first is that as slap bracelets, they are not infallible. An end can stick up slightly, get caught by a swinging arm, and pop the bracelet off. We’ve lost several on walks this way.

The second thing is that the electronics are not particularly robust. One of the original units simply stopped working one evening and fresh batteries have not been able to revive it. A second unit had its LED snap off the circuit board (which is exposed but hidden beneath the fabric). That being said, these are bracelets that work out to cost just over $2 each, they have been exposed to harsh conditions including precipitation and extreme cold, and they lasted a year of use.

So no complaints, they don’t owe me anything. I bought a second package of them a few weeks ago…

If you want to be seen (or you want your kids to be seen) at night—running, biking, camping, or dog-walking—the Sendai LED slap bracelets are a cheap and easy way to go about it. Having the different colors is a bonus. You can use color-coding to identify the wearer or switch up colors to match your outfit.

Disclosure: As an Amazon Associate, I earn affiliate fees from qualifying purchases.

Click through to read all of “GeekDad Review: Sendai LED Slap Bracelets” at GeekDad.If you value content from GeekDad, please support us via Patreon or use this link to shop at Amazon. Thanks!

Day of the Dead 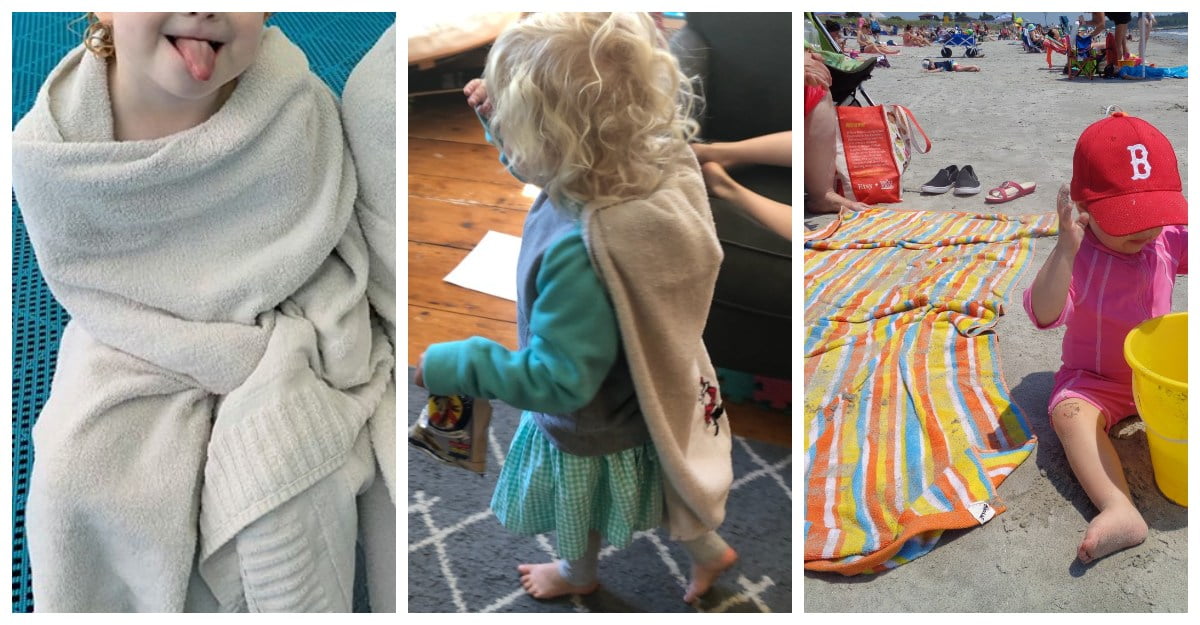