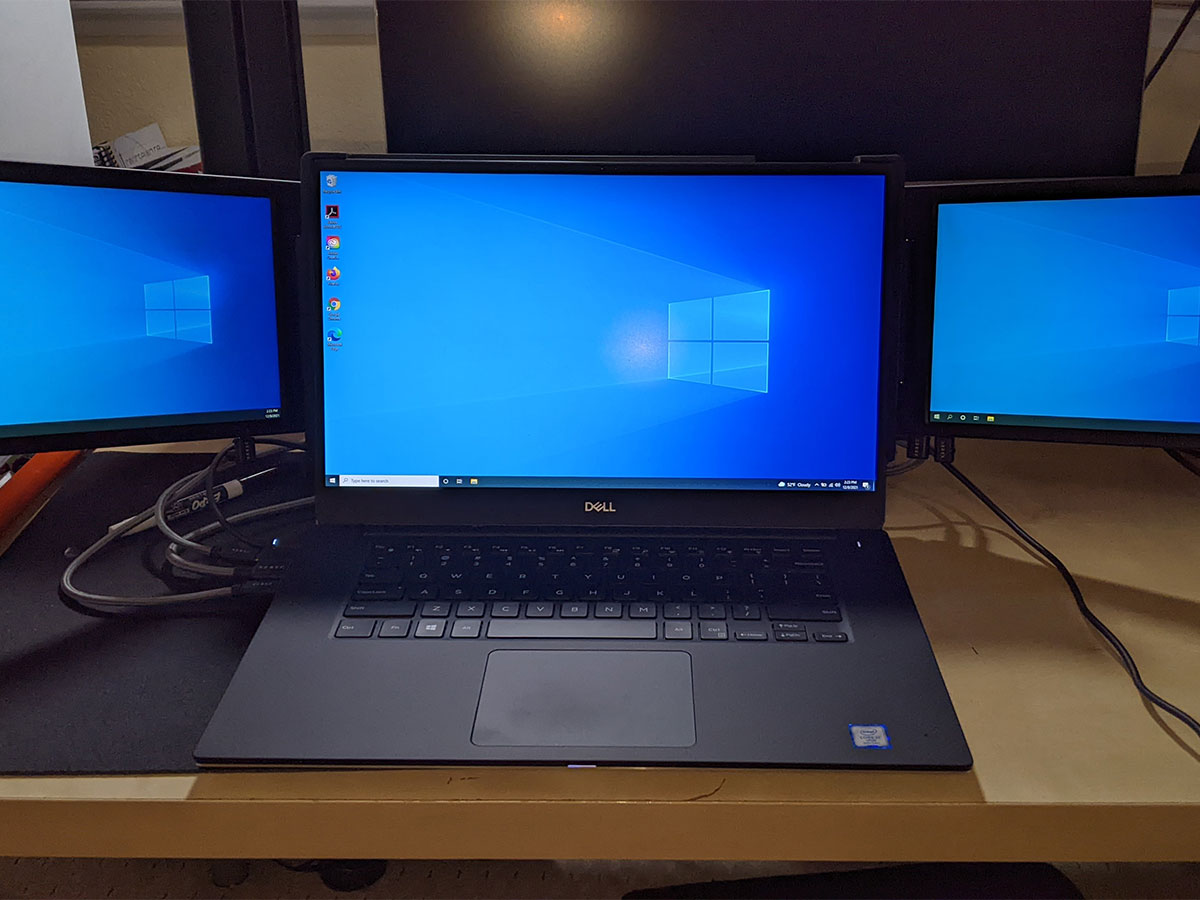 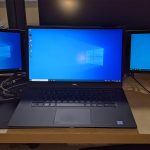 Lots and lots of studies have shown that using more than one monitor increases your productivity. That’s fine for people who work at a desk, but for folks who travel a lot for work, it’s always been something of a hassle. Thankfully, all of that is changing. Today, you can purchase a separate portable monitor for your laptop. These tend to be larger—I have one that is 15 inches and capable of displaying 4K—but they also require table space. That’s fine if you’re at a hotel or client site, but less useful for airports, planes, trains, and other places where table space may be more limited. And of course, you’re only adding one extra monitor.

Both of those are issues that Xebec seeks to solve with its Tri-Screen 2 system. Not only do you get two monitors, but they attach directly to your laptop, and so do not require extra table or desk space. While I was sent a unit to review, I also had the chance to interview Alex Levine, one of the founders of the company.

I began by asking about the pronunciation of the company name. It turns out it’s “zee-beck,” which is a 17th and 18th century boat, but also a three-masted sailing boat. Alex said that he felt that the idea of people on the boats were “going out to seek a world that was different from what they had known to date, and that’s what we seek to inspire your customers to do, is go out and let the world be their office.”

When I asked about the history of the company, he told me that he and his fellow co-founder Trevor Russo were consultants who traveled four days a week, and were experiencing the issues of the setups in offices with great setups, but spent the majority of their time “huddled over” small laptop screens. So he combined his engineering and product development backgrounds, and on a flight home in 2017 he drew up an initial plan in AutoCAD. When he got home, he 3D printed those designs, combined them with some old laptop screens, and came up with “version 0” of the product.

Realizing that pre-pandemic, over 7 million people travelled per week in the US alone, they argued that remote work was the future. Of course, even in 2019, a lot of people doubted that … but then, well, 2020 happened. The Tri-Screen 1 was launched in May of 2020, and then the following month, they came out with the Tri-Screen 2, the version they had me look at.

The Tri-Screen 2 adds two light-weight 10.1 inch LCD monitors. This second version has a redesigned housing, with rubber brackets that flex to work with (almost) any thickness of laptop screen. Both screens slide behind the monitor completely flush, and the ports are at the bottoms of the screens rather than the sides, which let them decrease the size of the cables.

The biggest limitation to the system isn’t something that Xebec has any control over: ports. Unfortunately, Windows does not support multiple monitors on a single port, so at a minimum, a laptop needs two ports that support displays. The Xebec comes with cables for both HDMI and USB-C, and the company also sells an adapter to allow you to plug into an older USB-A port. However, HDMI does not have the ability to power devices–again, a limitation of the technology, not Xebec–and so if you are going to use the HDMI port, you also have to attach that monitor to USB for power. All of that means that if you want to use it on something like the Dell laptop I was using for testing, you will likely have to use up all of your ports for the monitors. If you rely on ports for other things–like plugging in USB drives or other peripherals-you’ll have to pick-and-choose. And it also means that certain laptops just won’t work with Xebec’s monitors, like, for instance, the Microsoft Surface I use as my day-to-day machine. As it only has a single USB-C port and a single USB-A port, there’s no way to connect both Xebec screens. (The design of the Surface, which relies on the kickstand to hold the monitor up, also means you can’t attach the Xebec, but since you can’t use both monitors anyway, that doesn’t really matter very much.)

But again, all of those are limitations to technologies outside of Xebec’s control. When I asked Alex about the issue, he said that they are of course fully aware of the problem. He’s hopeful that as USB-C, which can support both power and display, becomes more ubiquitous, the need to use up every port on a laptop for the monitors will decrease. He also said that they were exploring wireless options, but at this point the lag that always comes with wireless was too big a trade-off for that to be a viable option. (I will add here that I use a wireless monitor at home, precisely because of the lack of ports on my Surface, and the lag is most definitely an issue. It’s fine for the kind of stuff I do, but anyone that needed to constantly interact with content on all of the monitors would likely quickly come to the conclusion that it doesn’t really work.)

So how was the system to use? My initial impression was that the monitors were small, but that’s because my Surface’s 13-inch screen is currently the smallest screen I use. Attaching the Xebec to the 15-inch monitor on the laptop I was testing on made the 10.1-inch Xebec monitors seem tiny. But as soon as I started really working on them, I quickly stopped even noticing their size. They were both high resolution—1920×1080—so everything on them was very crisp, and the fact that the resolutions on all three screens matched made moving windows between them an easier and more seamless process than when I work with my bigger screens at home, all three of which are slightly different resolutions.

But the size of the screens became an asset, not a liability, as soon as I went to pack everything up. Remember that the entire purpose of the system is to be mobile. Both screens slide into the housing that is securely attached to the back of the laptop. Of course all of the cables have to be removed first, but you wouldn’t want things sticking out of the ports on your laptop when you put it away anyway, so that just makes sense. What you don’t have to do is remove the Xebec system from your laptop: because the screens slide in flush, and everything is firmly attached, you can simply slide the away, close your laptop lid, and place the whole thing in your bag. When you are ready to use it again, you pull the screens back out, attach the cables, and you’re back to work.

Overall, I have to say that I was more impressed by the Xebec Tri-Screen 2 than I thought I would be going in. It’s thoughtfully designed, and does precisely what it’s advertised to do. Fortunately, I rarely travel for work anymore, but I very much wish that this system had existed back in the days when I was. There’s no question that I would have been much more productive when I traveled than I was.

The Xebec Tri-Screen 2 isn’t cheap–it’s currently selling for around $500–but that’s very much in line with what you can expect to pay for a portable monitor. All in all, it’s a good value for what you get, and even more, for what you’ll ultimately gain in productivity. You can get the Tri-Screen 2 directly from the Xebec website.

Click through to read all of “Be More Productive on the Road With the Xebec Tri-Screen 2” at GeekDad.If you value content from GeekDad, please support us via Patreon or use this link to shop at Amazon. Thanks!