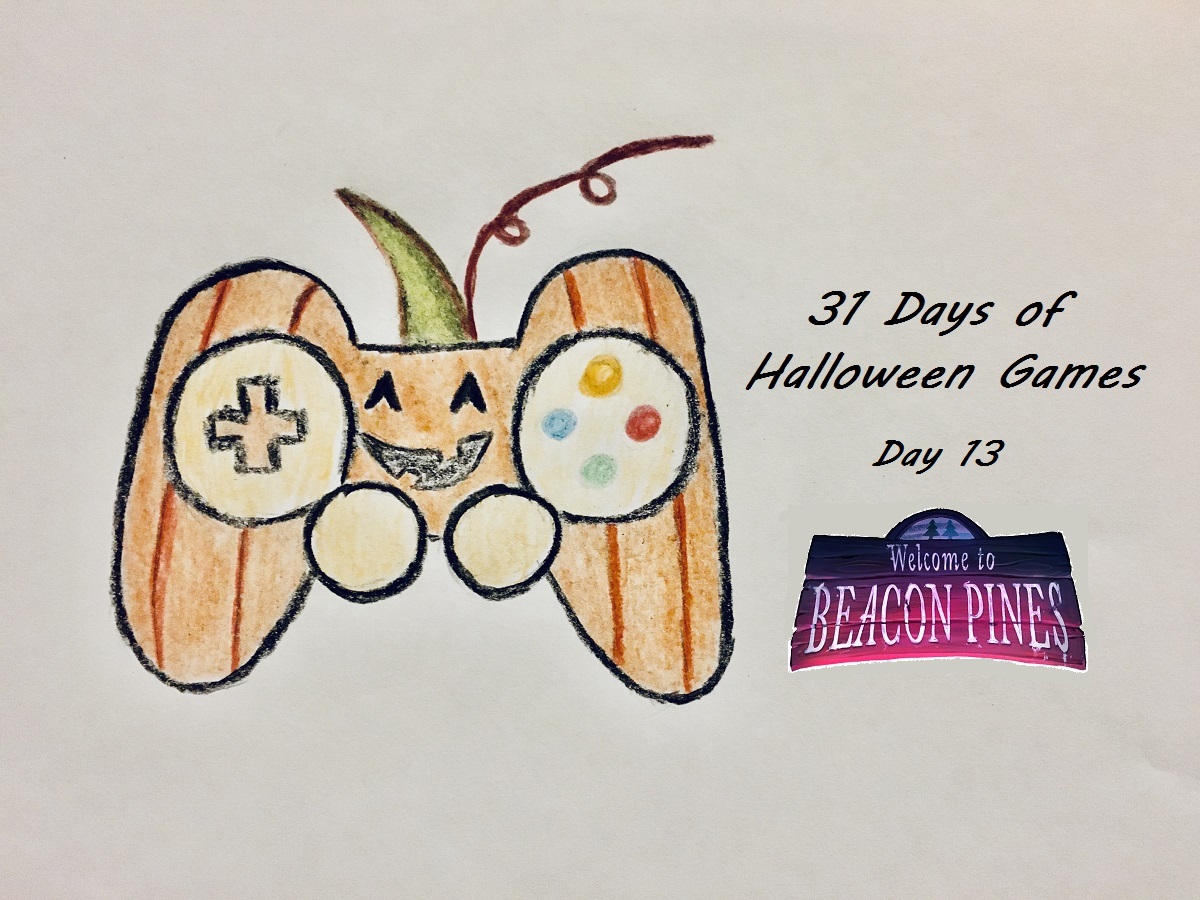 Let me be clear: This is not Wind in the Willows or similar forest-dwelling cuteness. Yes, the animal characters are very cute but this game has a dark(-ish) side. Okay, so it’s more like a dullish gray. With hints of Halloween yellows thrown in. Fine, it’s still cute but Beacon Pines also has a creepy side to this adventure RPG. Older kids are going to love this. It will add a little literary magic to Day 13 of our Halloween Game reviews. 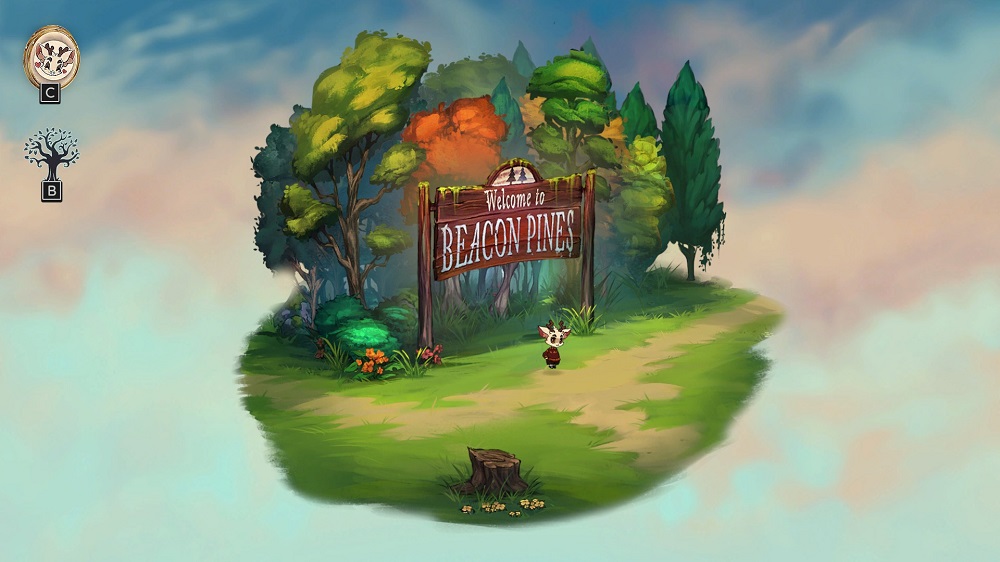 What is Beacon Pines?

Beacon Pines is a mix of magic, fantasy, and a creepy mystery in this quiet little village (it’s always the quiet ones). The game opens like a fairytale book and uses a book as its key feature. At the time of publishing, I have only played the demo version, which covers the first chapter. It’s a short ½-hour play-through but a pleasant escape and enough to add it to my Steam wishlist!

The main protagonist is a roughly 12-year-old kid named Luka. Luka’s dad died when he was young and his mother recently went missing (some have presumed dead as well). He lives with his grandmother and has just started his summer holidays. Luka’s best friend Rolo is ready for an adventure and convinces Luka to check out the old fertilizer warehouse; it’s had some weird lights and activity lately. 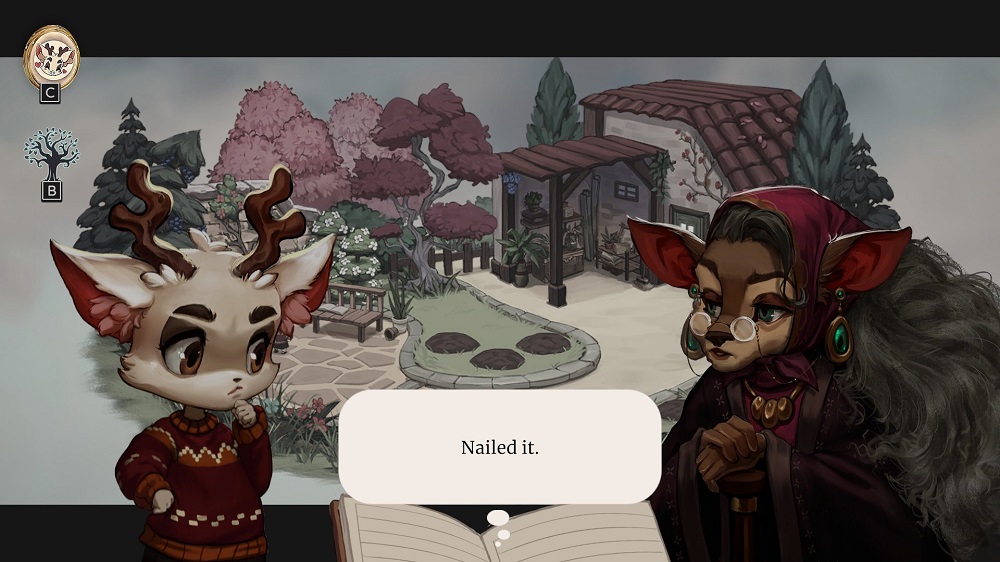 The Characters Tell the Story

Beacon Pines plays like many RPGs with plenty of choices as to where the conversation is going. There is a map to move around, people to meet, and a few items to discover along the way. The graphics are the strength here, giving the soft views of this friendly little village within a limited space. They look like watercolor pictures directly from a book. Each of these characters are so cute and sweet, I have a toothache! But it also belies the strength in each character as well. And that comes from great storytelling.

All of this is told like a storybook, however, this is no ordinary book. You know that feeling when you’re not sure of the right word to use? Words matter. A LOT. And this storybook shows you the magic of changing a story by changing a single word. At pivotal moments during the game, you (the player) have the power to choose the word you want to tell the story. Better yet, you also have the power to go back and change words to create different results. It’s a very cool mechanic and allows you to explore different sides to the story. Even after only one chapter, I can see the potential of this game as you pick up new words in later chapters that can change the entire path from the beginning. 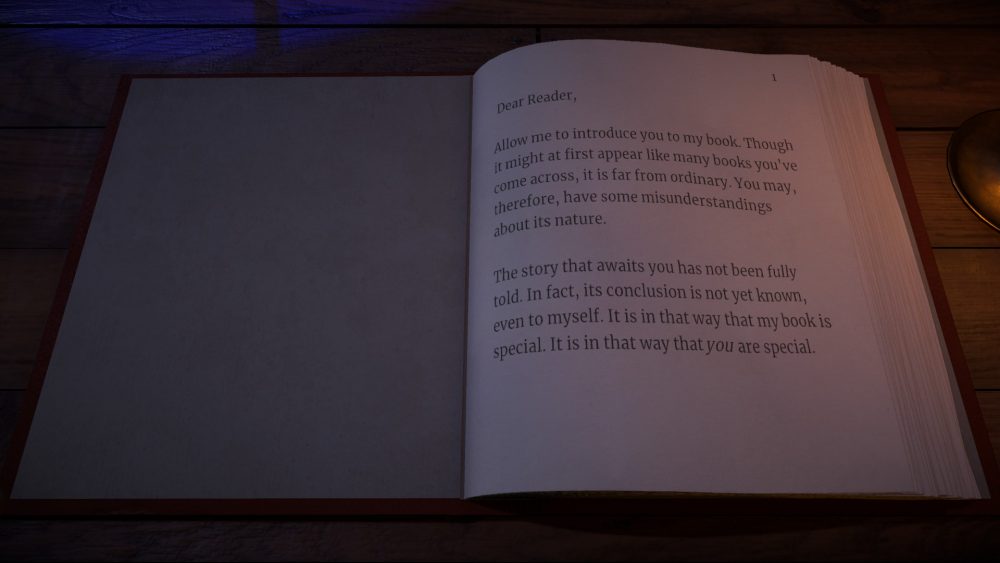 Beacon Pines is a Kids Adventure

I’ll probably be in a bit of trouble for this but I think this game is perfect for my 12-year-old son (and older); possibly even a year or two younger. Why? For a couple of reasons. Start with the need for adventure (read: mischief). This is exactly the kind of approach Nefarious would take with his holidays. Exploring, discovering, mucking around with friends. Spying on an old abandoned warehouse? Possibly. But I would hope that’s as far as his trouble would get him! This game kind of has a Stranger Things or Ghostbusters: Afterlife feel to it, with a bit more cozy cuteness.

The second point is the language: I laughed when I discovered the word “shit” in my options. I’ll be honest: that’s not the worst I have ever said (I am a former lawyer and they are known for being potty-mouths). I also know it’s not the worst I have heard come out of a 12-year-old’s mouth. I also know some parents can be particular about details like this. So, here’s your warning. The word ‘shit’ is in the first chapter. In context, it works very well. And I don’t think it is a bad thing at all.

Third point: I think kids will love the idea of searching for words to tell and re-tell the story. It is such a fun concept and a great way to reveal the story. I also think it is important for kids to learn how important language is. Knowing the right words can be really empowering, especially when you understand the consequence of words (including calling someone a ‘shit’). 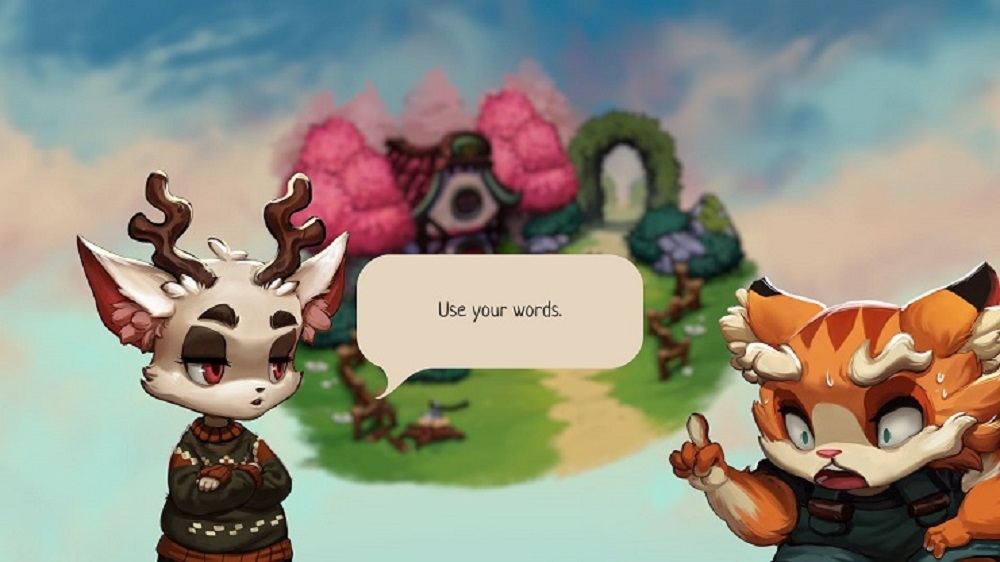 Beacon Pines is scheduled for a full release in early 2022. Yes, I am a horrible person for teasing you with a demo for a game not to be released for a few months. But the demo is worth it, especially the quick play-through on a Halloween night to give you the creepy mystery vibes.

The real hook is the weird stuff happening at the warehouse. It’s an absolute cliff-hanger. The detail given to each of the main characters, both visually and in dialogue, really encourages you to care about where this is all going. This is going to be a big factor in the replayability of the game because I am going to need to play through every scenario to make sure these kids are okay!

Give the demo a go and see what you think. It is definitely worth the 30-minutes of play (plus more) and may even inspire your to write your own storybook. 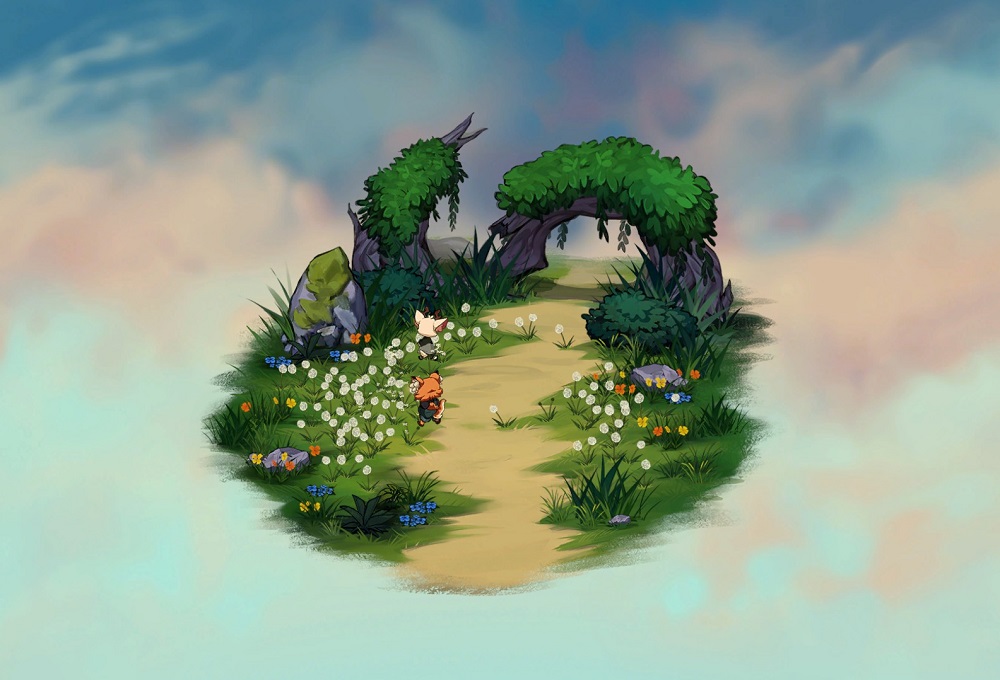 Beacon Pines is scheduled for full release in early 2022. The Demo version is currently available on Steam and itch.io, featuring the first chapter. For more details, check out their official website here. No further compensation was received for this review.

Score: 4 out of 5 half-charged walkie-talkies.

Nathan Fillion as the Green Lantern