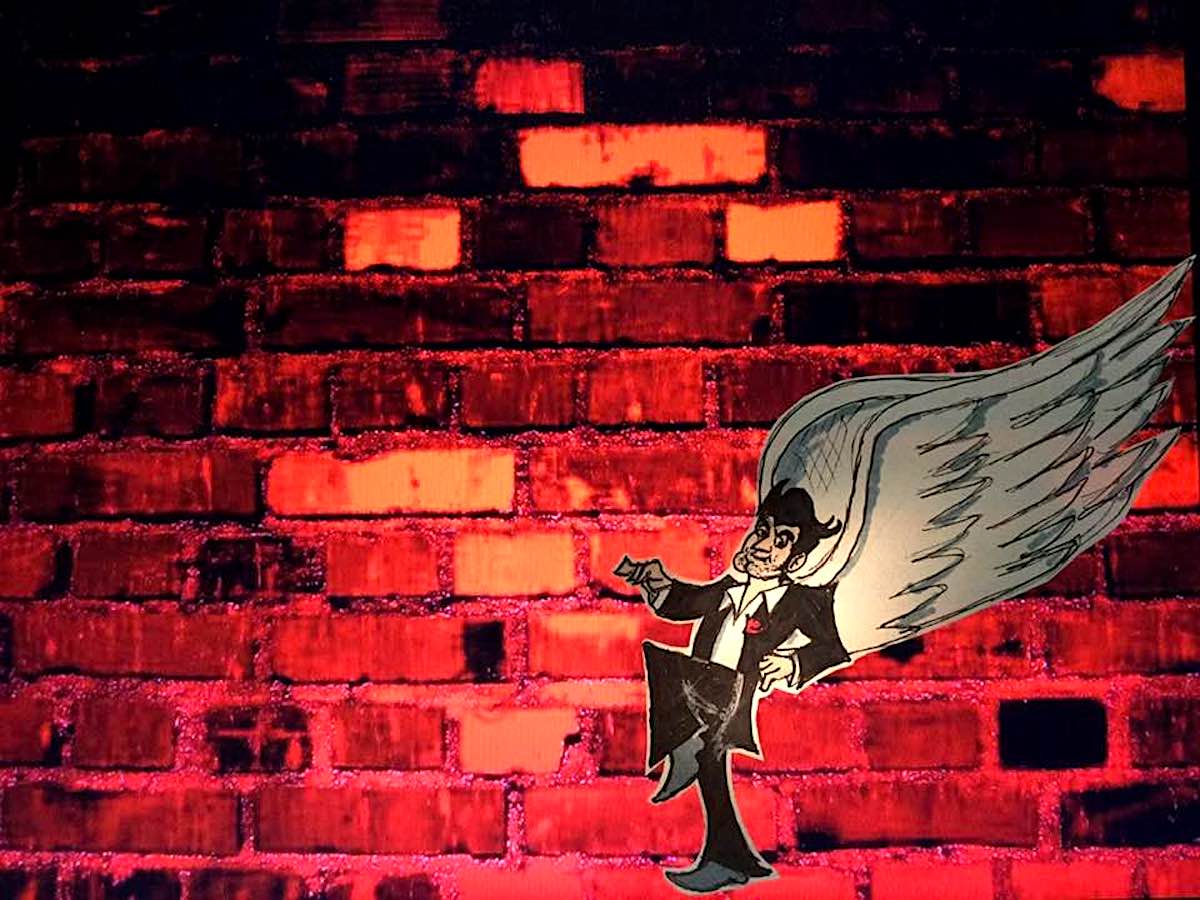 After six seasons, fans of the Fox-cum-Netflix series Lucifer are saying goodbye to the devil and the detective.

Most fans, I would gather, have been with the celestial family and their human companions since 2016. For me, the show plowed into my life a year and a half ago.

It was exactly what I needed at the time.

I’ll give you my place in the hot mess that was in 2020. I was working at an arts and entertainment publication when the you-know-what hit in March. My boss panicked, shut down the paper, gave himself an early retirement, and I lost my job of more than 20 years. Around the same time, my father announced his cancer was back with a vengeance. We were dealing with end-of-life issues for my dad, trying to get by after loss of income, and attempting to transition one daughter from high school to college and another from grade school to middle in an unfriendly, mask-covered, Zoom-centric, divided world.

Everything at once was becoming overwhelming, and I felt my own mental and physical health declining. I don’t like complaining, so I’ve kept this to myself. My years of trying to achieve some sort of purpose in life had come crashing down around me, and I was becoming severely depressed. I felt I was useless, jobless, a fiftysomething burden to everyone around me.

I became darkly “Shakespearean.” I sincerely questioned whether or not I needed “to be” anymore. This was the first time I even thought about these things since my high school years, and writing it down now gives me the chills knowing my mind went there.

The closest my husband and I had to any escape at the time was some late-night binges from Ripper Street to Peaky Blinders to (of all things) The Tiger King, and we were looking for something new to watch when those ended.

My oldest daughter asked me why I haven’t even watched any of Lucifer yet, and I responded with an enthusiastic “meh.” For some reason, I just never wanted to jump into it. It didn’t have anything to do with my religion. Fictional shows depicting what may or may not be a misinterpretation of my own faith have never bugged me. I love storytelling of all kinds.

I think it just looked like another cop show with a supernatural edge. Sort of like a racy copy of Psych, so I gave it a pass.

She then added it was loosely based on Neil Gaiman’s Lucifer character, and a light went on. I mentally kicked myself for having not known this and reluctantly gave the show a go. 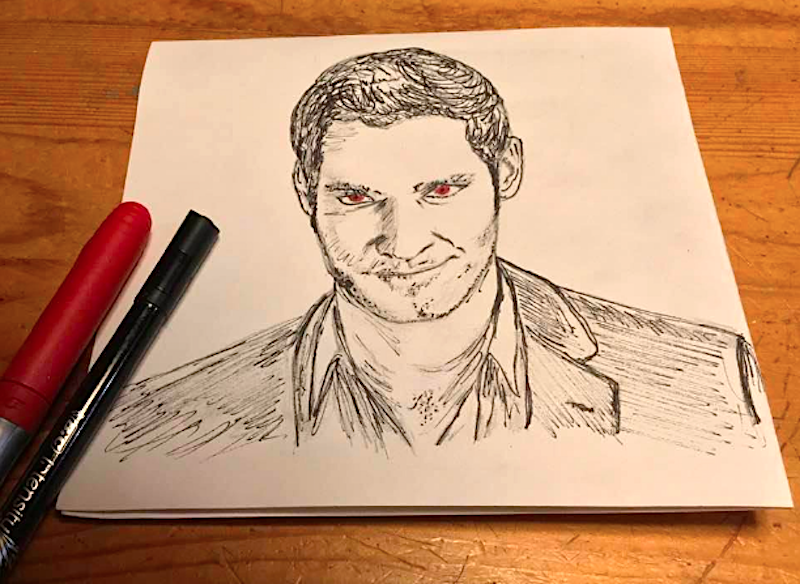 Then a few more…

Then I frenzied out even more: 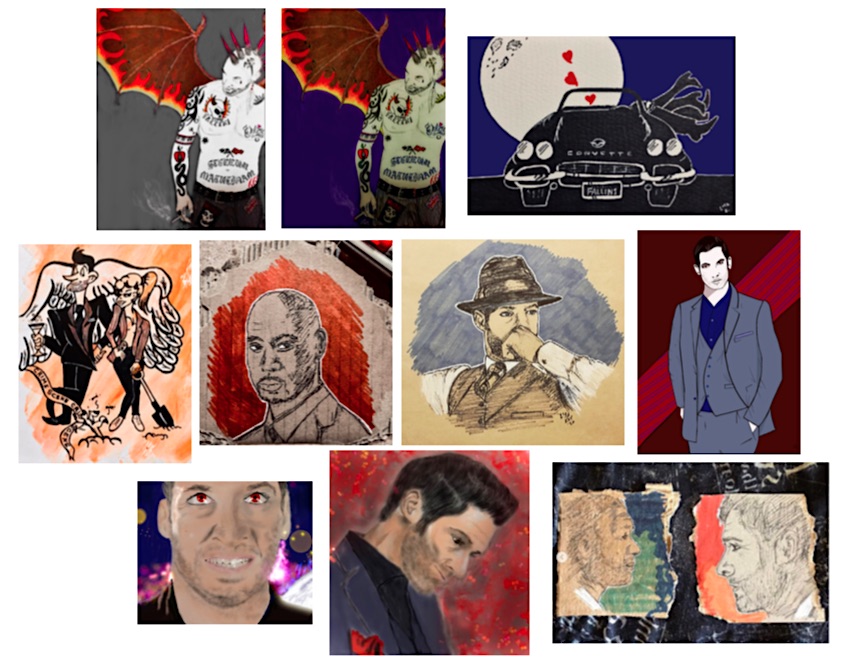 Now, we were full-on quarantine binging Lucifer, and my worries about poor Amenadiel’s wings, Lucifer’s self-destructive dad issues, and the rest of the characters’ evolutions had begun to replace my own self-pity. I was so inspired by the progression of the plot and Tom Ellis’s performance I had almost gotten over my problems.

By the time I caught up with the rest of the audience, I was fully invested in what was happening in the show, and there are at least three Lucifer-inspired DIYs here on GeekMom to prove it.

We were now caught up on episodes and awaiting the second half of season 5. Yet, it was during that weird mid-season gap and holiday season that my father passed away. The next couple of months were going to be hard on us all as we dealt with the messy COVID-era funeral logistics.

I had been tossing myself into freelance writing, editing, and trying really get an Etsy shop going, all of which meant being inspired. At this time, inspiration was waning fast.

Once again, I turned to the Lucifer characters for inspiration. I started doing some “digital doodling,” mostly Michael (also Ellis): 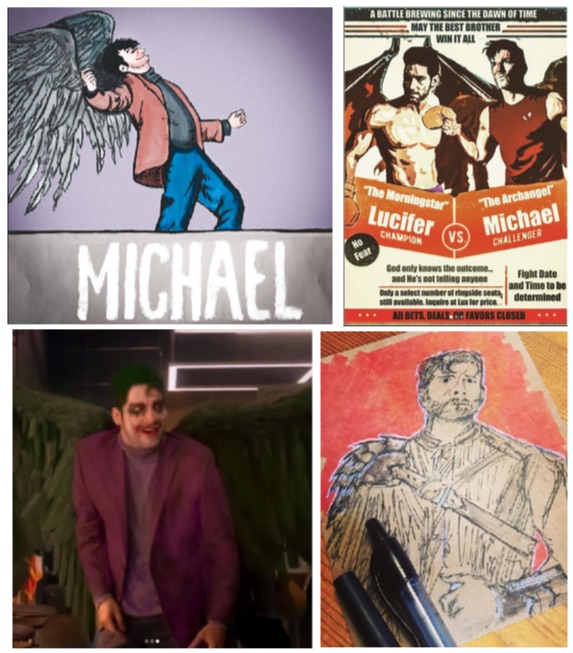 Then I did this one inspired by the noir episode, and it is my favorite so far: 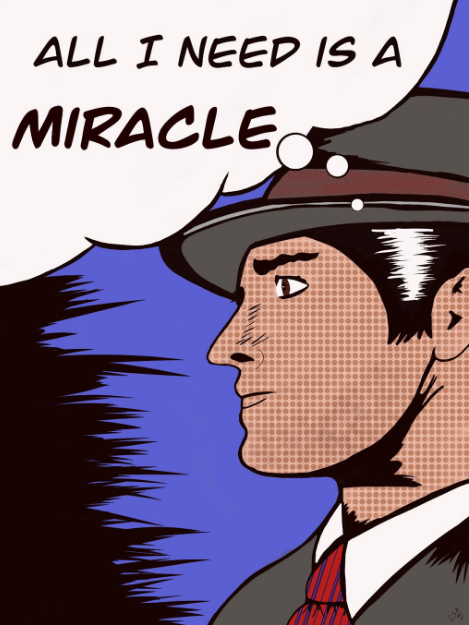 I knew I needed to be my own miracle. For whatever reason God put me on the earth, sitting around waiting for it to be “perfect” wasn’t it. Here is where I was impacted by another character, Ella Lopez (Aimee Garcia), the perfect mix of faith, geekiness, and science. She is essentially my oldest daughter, currently majoring in forensic biology. Like Ella, she has a stomach for things not-for-the-squeamish and a wicked sense of humor to go with it. She has more geeky t-shirts than a BoxLunch warehouse and read the entire Bible on her own in high school “just because” along with everything H.P. Lovecraft has written. She was also going through her own troubles having lost out on so much of her senior year and first year of college thanks to 2020 and 2021 restriction madness.

I saw so much of my daughter in that character (sans the obsessive hugging), I was reminded I needed to get over whatever I was facing for her… for both my girls, to be honest. Even if I was falling into dark corners questioning whether or not I was even an “essential person,” my kids needed me to have their backs.

Mild spoiler ahead here, but this notion was hammered into by the end of the show with the earthy fate of Chloe Decker (Lauren German) being an act of extreme selflessness for the sake of her own daughters.

Something else kinda cool happened about now, the official Lucifer Twitter series feed started following me. I won’t question the reason, I’m just happy to have them aboard.

I now see the essence of why Lucifer was affecting me so much in that short time. Taking out all the angel wings and demon blades, the show at heart was about a family repairing itself. Like Lucifer Morningstar, I had to come to terms with the fact it isn’t all about me. I needed to be there for my girls. I needed to help encourage them to create a better future for themselves and everyone.

What I “truly desired” was to help be a force to encourage my children to be strong, healthy, and self-assured, but also self-aware of their own limits without it making them discouraged to try.

I didn’t need the dark gaze from a graphic novel-inspired devil to tell me that. Or did I?

When a popular show comes to an end, all of a sudden everyone has an anecdote, and Lucifer-appreciation has been popping up all over the entertainment and pop culture news.

I saw a social media post from some fan or entertainment site whose name escape me asking, “Lucifans: How did Lucifer change your life?”

It didn’t change my personal politics. I don’t care what a fantasy series has to say about pretty much anything topical.

It didn’t change the importance of the people I put first in my life. My family.

It didn’t bring back my job, my father, or the many lost dates and moments from the past year-and-a-half, for that matter.

Lucifer (the show and the character) came into my life at a time when I needed him more than anything.

It came in a sexy package filled with humor and heart.

It came at a time when I needed to be inspired and renewed.

Lucifer may have “found his purpose” by the end of the series, but having this goofy and sometimes thoughtful romp reminded me why I need to keep my faith and spirits up… not just for my sake, but for the sake of the people in my life, especially my daughters.

This cleverly crafted show about the Devil himself distracted me from some much darker thoughts, urges, and tendencies in my own mind. Wanting to find out how a beautiful love story played out kept me going. I’m not just talking about the main love story between a man and his true love. It was also the story of the unconditional and complicated dedicated love between parents and their children.

So, thank you, Lucifer Morningstar and everyone else. Your show didn’t change my life… but it may have just saved it.

Sorry, Junie B.: Early Chapter Book Characters I Actually Like 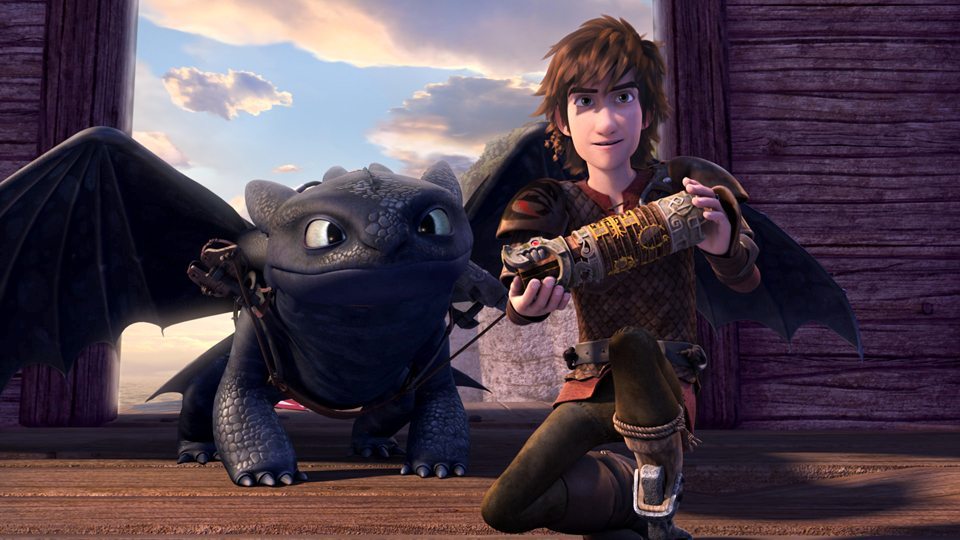 Unleashing the Force in my ‘Star Wars’ Geekiness