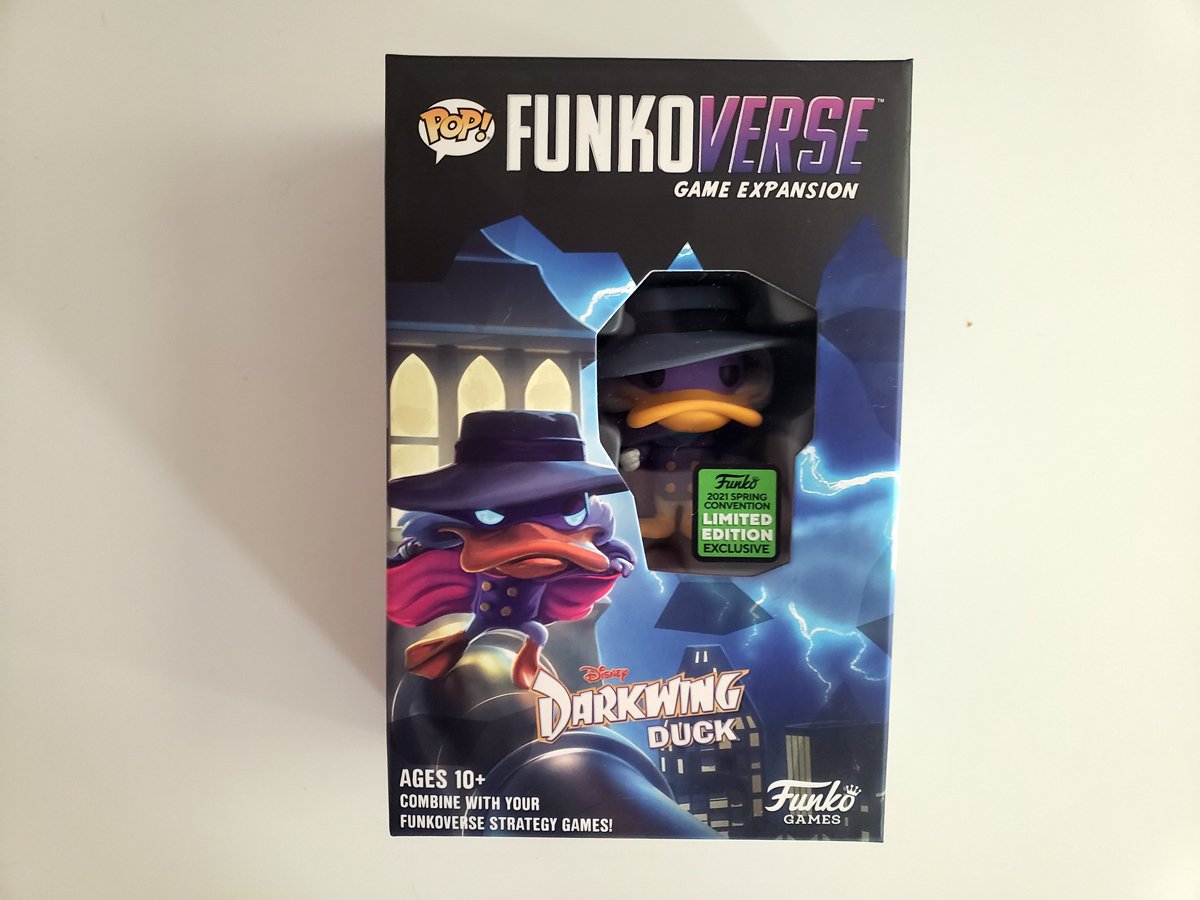 As a child of the ’90s, Darkwing Duck was a vital part of my after-school routine along with the other cartoons from The Disney Afternoon programming. I still fondly remember the debut of Drake Mallard and his alter ego Darkwing Duck, and thanks to Disney+, my children discovered the entire Disney Afternoon lineup while stuck at home this past year and watched every episode of DW’s adventures. I’m pretty sure our oldest kid could bust out the entire theme song from memory if he was asked. Funko Games dropped a Darkwing Duck-themed expansion for the Funkoverse game this past spring as a 2021 Spring Convention Limited Edition Exclusive. Luckily, like many things pasted around Funko collectibles, this was a shared exclusive and can still be obtained by anyone who wants their Funkoverse game to “get dangerous.” Funko Games recently sent me a copy of Funkoverse: Darkwing Duck 100 to review.

What Is Funkoverse: Darkwing Duck 100?

Funkoverse is one of the biggest games to come from Funko Games. It’s a strategy-based game featuring franchise-based characters from a variety of fandoms that can be mixed and matched with each other. The fandoms bounce around from things like Marvel and DC to Disney and Jurassic Park. This creates a huge variety as well as a large desire to collect a variety of the different titles since they can all be played interchangeably. Funkoverse: Darkwing Duck 100 is an expansion, which means you need to have one of the full games (either a 4-Pack or a 2-Pack version will do) in order to play it. Funkoverse games are aimed at players age 10+ and take around 40 minutes to play a full game. The MSRP for this expansion is $14.99.

I’m quite fond of the pieces Funko Games designs for their games.  I love Pop! Vinyls, so I really love how the Character Mover looks like a miniature Darkwing Duck Pop! Vinyl Figure. The Character Base snaps on without any issues and helps keep our hero standing. The Character Card has great artwork and nicely organized information that’s easy to identify and read. The Item Card is the same way. I also love that we get Darkwing Duck’s iconic Gas Gun as a playable item.

The Tokens and Exhausted Marker are thick cardboard with clear markings and symbols that are easy to identify and differentiate. The Points are actual little crystals, but while typical sets feature red Points, this set has points in a classic Darkwing Duck purple. The little instruction booklet gives some nice tips on how to play Darkwing Duck’s abilities to your advantage. Overall, I’m a fan of the components for the expansion’s price range.

What Does Funkoverse: Darkwing Duck 100 Bring to the Game?

For this review, I’m going to mostly focus on how this expansion adds to your Funkoverse game since it cannot be played alone. If you are unfamiliar with playing Funkoverse, my recent review of Funkoverse: Marvel gives a full explanation of the rules. Because all Funkoverse games and expansions use the same base rules, that will give you a feel for the game. We combined Darkwing Duck with the Marvel game we already had, giving him a chance to hang out with Earth’s Mightiest Heroes.

Darkwing Duck has a fun combination of traits and abilities that are clearly homages to the series.

He’s clearly a character that is heavily based around strategic movement, so if that appeals to your strategy style, DW is a Character you will want for your team.

This expansion adds the Gas Gun to the game. At the start of a Character’s turn, a Smoke Token can be placed onto a visible spot within two Squares. These count as Obscured Terrain. They can be moved through, but not seen through. If a player runs out of Tokens, they may repurpose one that had been out in play previously. It’s easy to see how the movement Abilities DW has can be combined with the Gas Gun to make him a solidly powerful Character to play with.

Why You Should Add Funkoverse: Darkwing Duck 100 to Your Funkoverse Game

Darkwing Duck is certainly a fun Character to play with. I love that his Abilities in conjunction with his Trait create play that feels very much in tune with his fighting style in the cartoon. It is easy to slap the face of a licensed character on a game, change up the game skin, and use the franchise name to sell copies. Funkoverse does not do that, and it is obvious that Funko Games cares about the details that fans will notice, making the game and additions like these actual tributes to the things that fans love. My one complaint is now I want more Disney Afternoon-based sets so that I can make the glorious crossover game that is the perfect homage to my after-school cartoon watching habits.

On the strategy side, Darkwing Duck is a fun little Character that’s got a lot of power, if you can master how to combine the way he moves with his Gas Gun. There’s a definite strategic art to placing those Smoke Tokens, which can nicely obscure Characters from long-range attacks from Rivals, but it’s not so difficult as a Character to learn that my ten-year-old is lost on how to play him. He’s a worthy addition to your collection, especially for the dose of nostalgia he brings to any ’90s kid. This was a Limited Edition Exclusive, so you won’t find it at your local gaming store. However, you can avoid the flippers and find it for $15 through either the Funko Store or Amazon (who secured this exclusive). 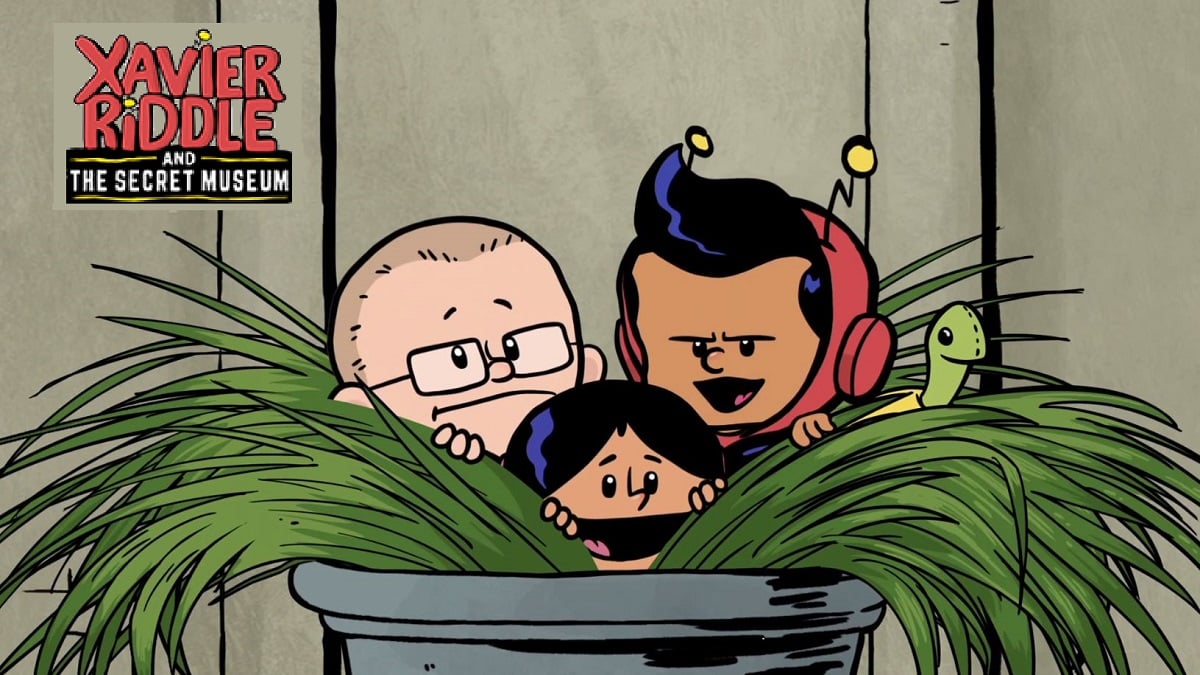