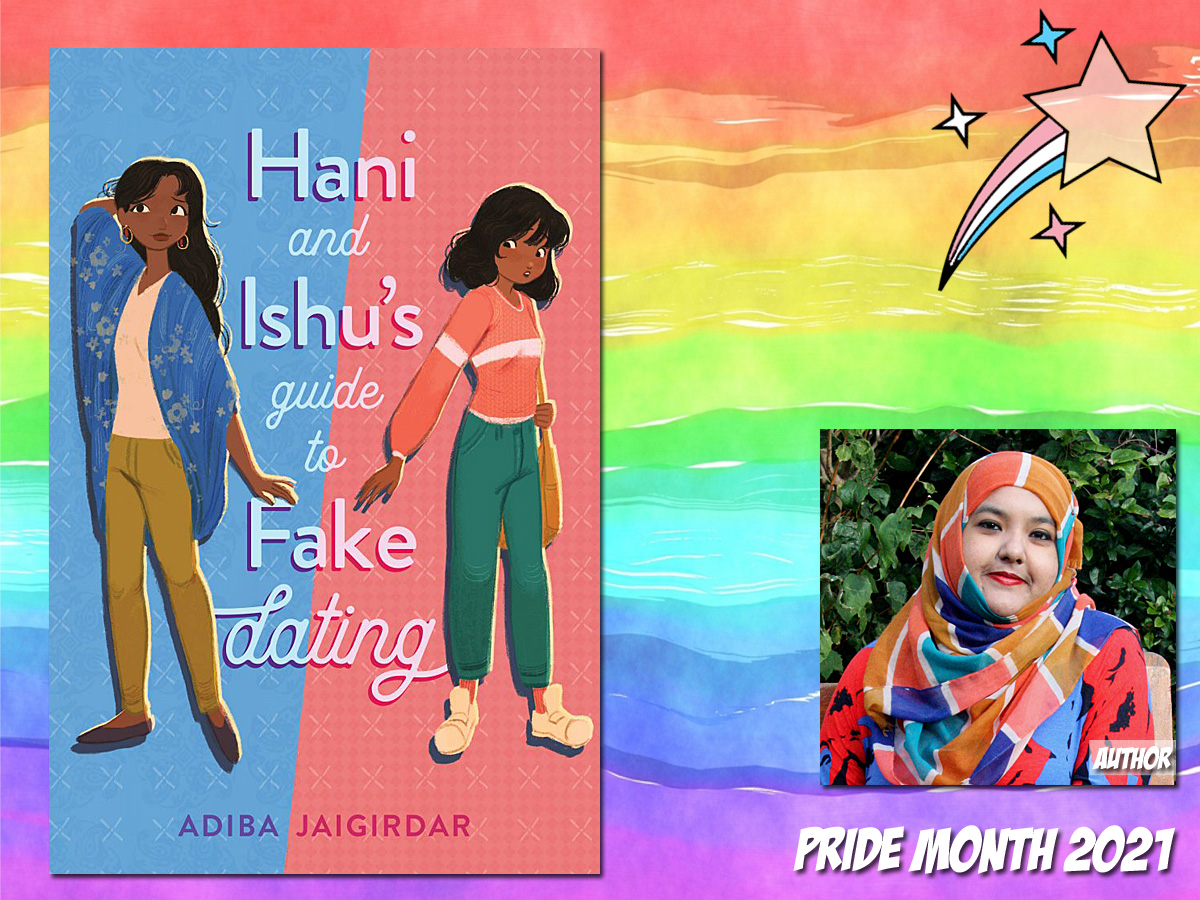 Throughout June, GeekMom celebrates Pride Month with lots of LGBTQ content. Follow the Pride Month tag to find all the content in one space (including LGBTQ content from previous years), and keep checking back for more throughout the month. Today’s book review is Hani and Ishu’s Guide to Fake Dating by Adiba Jaigirdar.

Hani and Ishu’s Guide to Fake Dating by Adiba Jaigirdar is a contemporary YA novel about two Bengali girls living in Ireland who decide to embark upon a fake relationship for mutual benefit.

Humaira (Hani) is a popular girl at her Irish secondary school along with her two white best friends Aisling and Dee, however, she consistently keeps parts of who she is hidden away for fear of pushing her friends away by being too “other,” too Muslim or too Bengali. When she reveals herself to be bisexual, Aisling refuses to believe Hani because she has never kissed a girl. Put on the spot and desperate to prove herself, Hani claims to be in a relationship with Ishita (Ishu)—the only other Bengali girl at her school.

Meanwhile, Ishu is having problems of her own. Her parents care about little other than academics, and Ishu’s older sister Nic has recently informed them that she is taking a year out of medical school in London to get married. Now her parents are pushing Nic out of their lives for choosing the “wrong path,” and Ishu is determined to avoid the same fate by becoming the perfect student. She needs to be elected as Head Girl, but her current position at the bottom of the social hierarchy means that is a virtual impossibility. What she really needs is the help of a popular girl like Hani.

The two girls agree to fake a relationship in order to win Ishu the Head Girl position and convince Hani’s friends that she is truly bisexual, but both girls soon realize that not everyone around them has their best interests at heart. At the same time, they realize that they might be starting to feel something for the other that isn’t quite as fake as it should be.

Hani and Ishu’s Guide to Fake Dating was a genuinely great, easy-to-read story that I read from cover to cover in a single day. It is told from the perspectives of both Hani and Ishu in alternating chapters, which allows you to understand what is going on in both girls’ heads as their goals gradually shift. Although she was the more abrasive of the pair, I generally found myself enjoying Ishu’s chapters more—partly because I identified with her nerdy, studious character more than popular Hani. That being said, I enjoyed reading from both girls’ point of view, and I liked that both had unique difficulties they were facing such as the family drama around Ishu’s older sister and a forthcoming election that Hani’s father is standing for.

One thing I really appreciated in this book was the way it avoided playing into stereotypes. While both girls are Bengali and share some of the same culture, which has caused many of their peers to lump them together, Hani is a fairly devout Muslim while Ishu doesn’t believe in God. It’s also Hani—who comes from a more conservative, religious family—who is happily out as bisexual to her parents, while Ishu struggles with revealing that part of her identity to her parents. Despite their differences, however, both girls face racism from the people and institutions around them, and Hani also deals with significant Islamophobia due to her personal choices to avoid alcohol and only eat halal.

This was a wonderfully told book that explores LGBTQ identities from two different and lesser-seen perspectives. I would recommend Hani and Ishu’s Guide to Fake Dating to anyone looking for a sapphic story different from the much more common portrayal of two white American girls.

Between the Bookends: 3 Books We Read in December 2018