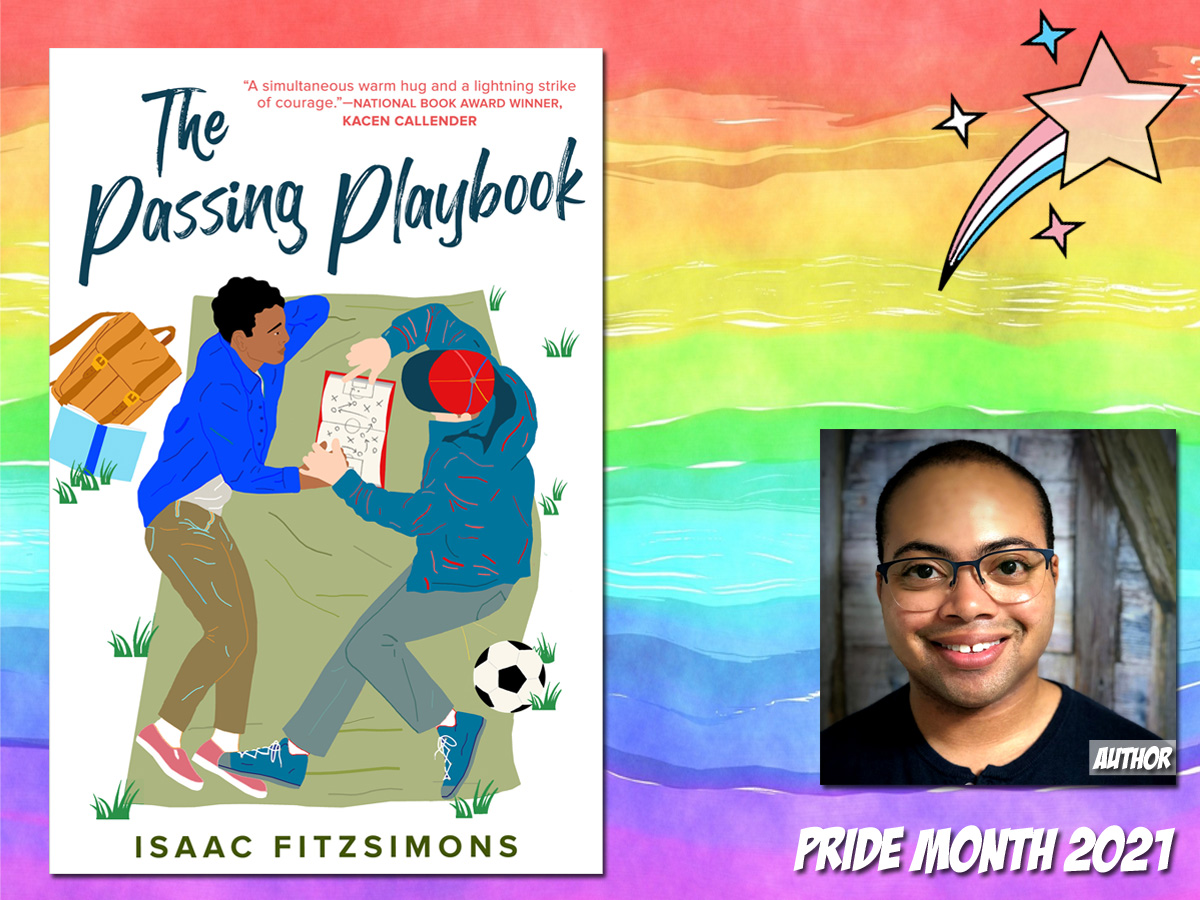 Throughout June, GeekMom celebrates Pride Month with lots of LGBTQ content. Follow the Pride Month tag to find all the content in one space (including LGBTQ content from previous years) and keep checking back for more throughout the month. Today’s book review is The Passing Playbook by Isaac Fitzsimons.

Who doesn’t enjoy a book with a good pun in its title? The Passing Playbook by Isaac Fitzsimmons is a book that provides just that with a storyline about transgender rights and football (soccer) in equal measure.

Spencer is a new sophomore student who just transferred to Oakley, “the most liberal school in the county.” However, given that the county happens to be in rural Ohio, that statement doesn’t mean as much as the school would like to think. Spencer also happens to be transgender and after an “Incident” at his previous school that resulted in his transfer, both he and his parents have decided that staying firmly in the closet is probably for the best.

However, soccer is Spencer’s passion. He is a skilled midfielder and desperately wants to play for the school team in the local league. Coach is immediately impressed with his skills but when the gender marker on Spencer’s birth certificate forces him to be benched, he faces a choice; should he come out to his whole school and fight for his right to play or remain in the closet to stay safe? Spencer is also falling for his Wesley Crusher-lookalike teammate Justice who happens to come from an ultra-conservative Christian family, just to make matters more complicated.

This was such a sweet, fun, book and I raced through the whole thing in only a few hours. The writing style was casual and easy to follow, making this an ideal summer read. The relationship between Spencer and Justice grew in a slow, believable way, and the friendships between the rest of Spencer’s soccer team also felt realistic and were a joy to read – if only all teenage boys could have such a supportive group around them.

The relationship between Spencer and his parents was also well-written. His parents are clearly working hard to be supportive but they don’t always get things right and this creates its own conflicts. I found it especially refreshing to read an LGBTQ YA story that didn’t involve a coming-out narrative with the parents. I also appreciated the diverse cast of main characters. Spencer is mixed race with a Black father and also has an autistic younger brother named Theo who faces his own challenges throughout the story but is fully supported by his family including Spencer, as well as Spencer’s friends.

My only real criticism of The Passing Playbook was that the ending felt a bit too “and they all lived happily ever after.” Several plot lines were wrapped up far too easily and some elements of the conclusion felt unbelievable for a story set in a conservative, rural area. I can’t discuss this any more without getting into spoiler territory and I’m certainly not complaining about a YA book having a fairly happy ending, more that it might paint an overly rose-tinted view of reality that could possibly be dangerous for real trans youth. However, that being said, there is a great passage toward the book’s conclusion that does seem to specifically talk to the reader about this exact scenario. Another issue I want to briefly mention regards the Hell House that Spencer and his friends visit on Halloween. This is an attraction run by an ultra-conservative church and is described as being “like a haunted house, but everything is about going to hell.” Some of the rooms described in the house will be extremely triggering to many readers for disturbing imagery related to abortion, sex, and homosexuality.

Despite a few surprisingly intense moments, The Passing Playbook is generally a relaxed, feel-good story. It has plenty of romantic moments, but I would personally classify it more as a coming-of-age sports story than a romance and would recommend it to everyone, but especially trans youth who might be struggling with figuring out exactly who they want to be and how much they want to share.

Between the Bookends April 2016: Feminist Sci-Fi, Flipped Fairytales, and Fae 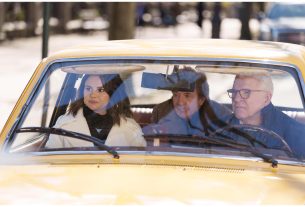 12 Highlights From ‘Only Murders in the Building’ Season 2