Smart. Silly. Funny. Engaging. J.R.R.R. (Jim) Hardison’s Fish Wielder is all of these. With short chapters packed full of tiny little gems that catch you unaware and let you enjoy not just Thoral and Brad’s adventure but also the experience of reading the story, it’s fun. December, I’d say, was the perfect month to read this tale, when I was too frantic with readying myself for the holidays to have the luxury of fully submerging myself in a book. And I say this in the best of ways; this is not a book you want to lose yourself in because then you’d miss out on fully appreciating the editorial asides that this story is so rich with.

You’ve got a quest. And a talking fish. A love story. Enemies galore. There’s fighting and magic, shifting alliances. It’s Princess Bride meets Monty Python. This is what you’d get if the sharp wit and comic timing of Robin Williams and Mark Twain had been extracted, blended into a smoothie (with some liquor), and chugged by Dr. Seuss’s fish from the Cat in the Hat–who was then asked to recount Lord of the Rings.

I had the chance to ask author J.R.R.R. (Jim) Hardison a few question, and while I’m posting this a little late to help with my holiday shopping, perhaps this glimpse into the mind and humor of the author will give you a feel of what to expect when you get your hands on this book.

Disclaimer: GeekMom received a copy of the book for review purposes, yet opinions expressed are entirely her own (except for the interview answers; those belong to the author). 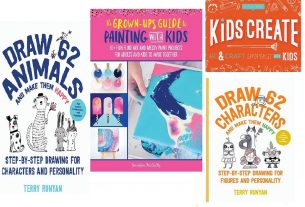