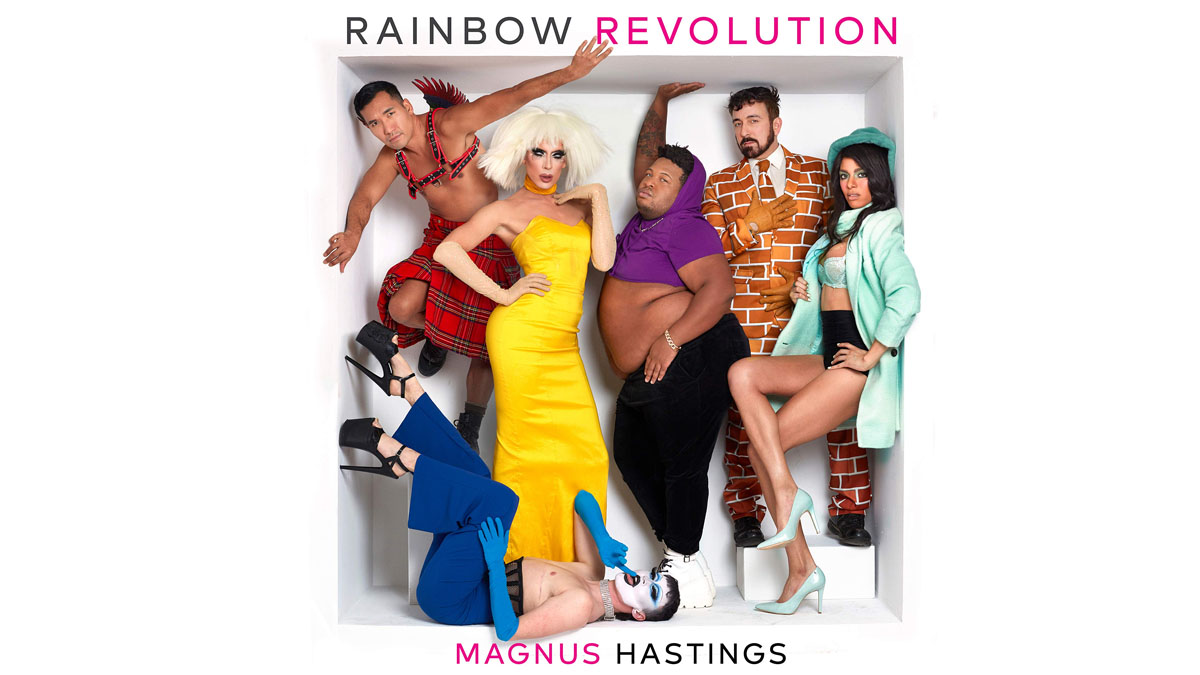 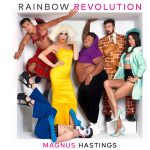 Rainbow Revolution is an unabashed celebration of everything queer. The subject matter is nice and vague: queer people. There seem to be no rules, but every subject is set inside an enormous white box, which they are welcome to decorate, or not, as they see fit. The idea is that the author/photographer of the book, Magnus Hastings, is giving each of his subjects the hypothetical canvas, and the subjects themselves are the paint. Famous names like Luke Evans make an appearance alongside handymen, drag performers, and artists of every stripe.

Who Is it For?

Rainbow Revolution is almost a coffee table book in size and format, but it may not be appropriate for all audiences. Each spread of the book has between one and eight photographs, along with the names and professions of the people in any pictures, and sometimes short essays and autobiographic notes. Anyone who would find inspiration, validation, or a better understanding of the queer community at large would find value in this book.

I would note that this is not a gift for younger kids. There is some tasteful nudity, sexual themes, and generally mature content in the photos and text. This doesn’t prevent it from being appropriate for teenagers, but know your audience, as some teens just aren’t interested in content this explicit. Also, the prevalence of profanity in stage names and self-described titles should be taken into account for anyone sensitive to profanity, regardless of age.

Who Is in Rainbow Revolution?

Rainbow Revolution shows humanity through a wide lens, including an incredibly diverse collection of subjects. Some of the names in this book are recognized by millions, including Luke Evans (actor), Eden the Doll (YouTuber), Boy George (Pop Icon), and Trixie Mattel (Drag Queen). Other names and faces aren’t as memorable, but their photographs are equally full of vibrance. These subjects might be recognizable if you follow a particular interest, like trains, activism, medicine, comedy, or fashion, such as Nico Santos of Crazy Rich Asians and Superstore. Others you’ll never see outside of this book, because they’re just normal people. Jon Finck (Dog Walker) is unlikely to be spotted at a red carpet event, but his photo still shows an adorably relatable picture of a masculine person with eight dogs.

There are a lot of drag performers, which isn’t surprising considering the success of Hastings’ previous work, Why Drag?. But the people in this book are not defined by drag culture, and I’d wager that most of the subjects have little to do with drag itself. There are a couple of recurring themes, though. There are a large numbers of dancers, actors, and performers of various kinds, including a number of porn actors, directors, etc. There are a number of photos featuring groups, like the LA County Leather Title Holders and the London Otters Rowing Club, along with a large number of couples and family portraits.

More than anything, my takeaway from Rainbow Revolution is that “diversity” isn’t what we always think it is. It isn’t the passive inclusion of everyone. Instead, it is the active fight for representation which only flourishes when it’s invited. The artist didn’t have a plan as to how to represent LGBTQ+ people. Instead, he built a blank white box and told them to be themselves, and show who they are. And that’s exactly what Rainbow Revolution is: a delightful display of who we are when we are allowed to be ourselves, and choose how we are represented. Just don’t pass this book to young kids, due to nudity and adult language/themes. Instead, show select pictures to your kids, and talk about how people choose to represent themselves.

Click through to read all of “‘Rainbow Revolution’ Is a Triumph” at GeekDad.If you value content from GeekDad, please support us via Patreon or use this link to shop at Amazon. Thanks!

Black Friday Alternatives: Other Ways to Spend Your Day